Despite tough economic times facing the country, golf continues to hold its own. Professional golf events are still strongly supported by fans hoping to get a glimpse of their favorite player and watch the perfected swings of the professional golfers.

“We expect another full field of 144 players this year,” states Rick Hendershot, president of the Florida Professional Golf Tour. 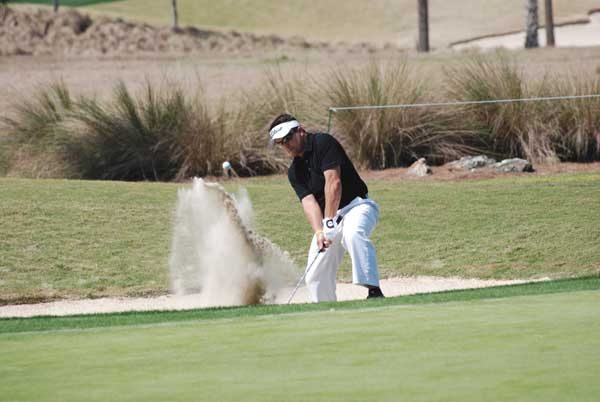 But why Ocala? And why Candler Hills Golf Club?

“Why not?” Rick answers. “This is a prime location and Candler Hills is one of the most pristine golf courses open to the public in Central Florida.”

Jeff McDonald, the director of golf at Candler Hills, has been the driving force behind this event.

“The Ocala Open is the best thing that has happened to Ocala for golf,” Jeff suggests. “We were all amazed at the full field and the waiting list in just our second year.”

“We’re at the same time as Bay Hill Invitational for a reason,” Jeff explains. “Not everyone gets an invite from Mr. [Arnold] Palmer for his event, but the pros still want to play somewhere in Florida.”

“But our charities are the biggest beneficiaries,” Jeff says. “We support the America Cancer Society’s Go Red for Women program and Interfaith Emergency Services. Both of our local charities received $25,000 checks last year through donations and sponsorships.”

Last year, the 2008 Ocala Open came to a close in dramatic fashion. After the first hole of sudden death with three players tied for the lead at 15 under par, Travis Hampshire was crowned champion.

“This year,” Jeff predicts, “the competition should be tougher than ever.”

During the Pro-Am, amateurs will have a shot at winning a home in On Top of the World Communities, one of the premier active adult communities in Central Florida, with a hole-in-one on the 17th hole. Certain restrictions apply and will be explained on the day of the event. Call (352) 861-9712 or visit ocalaopen.com for more information.