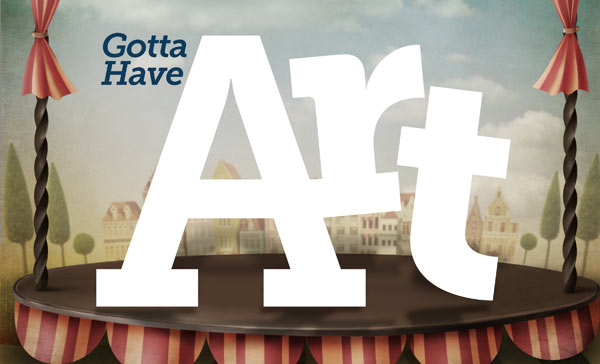 With frosty mornings and buds yet to bloom, spring may still seem far away. Thankfully, Ocala Style has your guide to a host of theatrical performances, musical masterpieces and artful exhibits that will make you laugh and cry and move you along from winter to spring.

This year begins with a comedy lineup that’ll make your belly roll and your face hurt from laughing. Take a notepad to jot down the infinite wisdom these performances seem to offer. Think you need a little more excitement? Watch, learn and think twice!

It is the 10th wedding anniversary of Charlie Brock, the Deputy Mayor of New York, and his wife Myra and guests Ken and Chris Gorman attend their party expecting an evening of pleasantries. When the Gormans arrive, however, the kitchen staff is gone, Myra is missing and the mayor is found unconscious with a bullet wound in his head. To avoid political scandal, the affluent Gormans fabricate a story to tell other guests who arrive on the scene. Juicy gossip and adult innuendo make for a night of hysterics and zany hijinks. Leave the kiddos at home for this one! ocalacivictheatre.com or (352) 236-2274.

Go on a mythical cruise and jump overboard

Set in the present-day, Rose, who’s been married to Sam for 25 years, finds an all-female friend list on Sam’s Facebook profile. The couple tries to rekindle passion by going on a romantic cruise to the Greek Isles. Before they can salvage their relationship, Sam hears the Siren’s song and cannot resist the urge to leap overboard. This heartfelt comedy, written by Lilly Award recipient Deborah Zoe Laufer, premiered at The Actor’s Theatre of Louisville Humana Festival in Kentucky in February 2010. See it for its one-year anniversary right here in the Sunshine State. thehipp.org or (352) 375-4477. 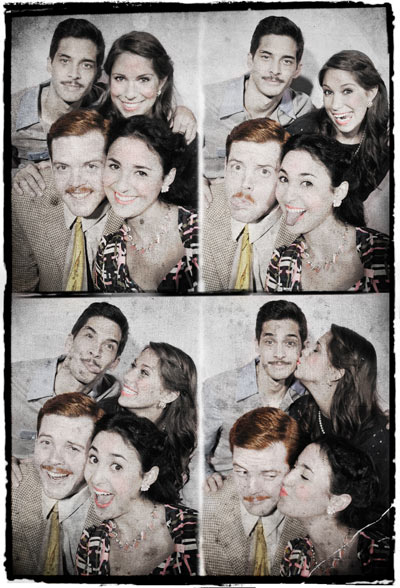 The Last Night of Ballyhoo

It is December 1939, and Hitler has recently conquered Poland. But the Freitag family’s attention is rapt on Ballyhoo, the elite German-Jewish community’s social event of the season. This Tony Award-winning play based on writer Alfred Uhry’s childhood, questions ethnic identity in a light-hearted, comedic backdrop. www.cah.ucf.edu or (407) 823-2251.

Lend Me a Tenor

The stage is set, the lights are beaming and the lead actor has collapsed unconscious. Set in 1934, the Cleveland Opera Company is putting on a production of Otello with famous tenor Tito “Il Stupendo” Merelli as the self-destructive moor. Yet trouble ensues when the drunken performer downs a double dose of tranquilizers and passes out. To save the show, amateur singer Max is forced to take Merelli’s place in the opera. All goes well until Act 2, when Merelli revives and walks onstage! Prepare for a night of mistaken identities, plot twists and a melee of confusion in this comedy by Ken Ludwig. icehousetheatre.com or (352) 383-3133.

Lock everyone in a room until inspiration strikes

Famed Hollywood producer David O. Selznick takes drastic measures when the script for the historical epic Gone with the Wind isn’t meeting his expectations. Three weeks into shooting he fires the director and pulls Victor Fleming off The Wizard of Oz as a replacement. Selznick locks himself in his office along with Fleming and script doctor Ben Hecht. The three gentlemen are forced on each other’s company until a screenplay is written. Slapstick humor, a stage covered in peanut shells and the makings of movie history all come together onstage. citruscountyartcenter.com or (352) 746-7606.

Check into a hotel run by a malevolent owner

It’s the roaring 20s, and Millie Dillmount has a revolutionary idea pop into her head: marry for money instead of for love. Small-town Millie pulls a “Toto, I don’t think we’re in Kansas anymore” by escaping to the Big Apple. Embracing the flapper style, she arrives in New York City with a bobbed haircut and is mugged moments later. Millie is hopeful when she checks into the Hotel Priscilla, only to discover the owner, Mrs. Meers, is the leader of a slavery ring in China. gcplayhouse.org or (352) 376-4949.

Saying “Who?” when someone mentions Roy Clark? Yawn at the mention of “opera?” Turn yourself around and become cultured at these marvelous musical venues. There’s a little something for everyone, whether it’s a taste for country or a devotion to “space opera.”

A classic in his own right, country music virtuoso Roy Clark has a rich history that spans beyond music, all the way to the small screen, where he hosted Hee Haw for 23 years. He’s paved the way for country music, releasing over 30 studio albums and over 65 singles, such as 1963’s “The Tips of My Fingers” and 1974’s “Honeymoon Feelin.’” A Grand Ole Opry member since 1987, Roy has won numerous awards including the Academy of Country Music’s Entertainer of the Year and Comedy Act of the Year, Guitar Magazine’s Best Country Guitarist and a Grammy for “Alabama Jubilee.” obopry.com or (352) 821-1201.

Awarded Musical America’s Instrumentalist of the Year in 2010, Joshua Bell returns to the University of Florida accompanied by pianist Sam Haywood, who celebrated Chopin’s bicentennial year playing at the Lancaster House in the presence of HRH Princess Alexandra in 2010. The sensational pair is on a 21-city tour, collaborating on the repertoire of the greats, including Brahms, Schubert and Grieg. performingarts.ufl.edu or (352) 392-2787.

Johann Strauss II’s classic operetta is brought to life by the Ocala Symphony Orchestra and The University of Opera Theatre. A comedic blend of deception and revenge, Die Fledermaus begins in the Eisenstein apartment. Gabriel von Eisenstein is sentenced to jail for eight days for insulting an official, yet postpones his sentence by secretly attending Prince Orlofsky’s Ball. Unbeknownst to Eisenstein, his invitation to the ball is an act of ill-will by his vindictive friend Falke. Another dose of scheming is thrown in for good measure when Eisenstein’s wife Rosalinde goes to the ball disguised, hoping to prove her husband’s infidelity. Become enchanted as Maetro Matthew Wardell waves his baton and Eisenstein outsmarts evil-doers. csculturalcenter.com or (352) 854-3670.

“In a Galaxy Far, Far Away”

Ever hear a dramatic classical tune and wonder why it sounds so familiar? A mischievous cat and mouse may come to mind, but “Hungarian Rhapsody No. 2” was composed a century before Tom and Jerry played their own rendition. Rediscover Franz Liszt’s masterpiece, and then get swept away with Paul Hindemith’s Symphonic Metamorphosis. Ocala Symphony Orchestra’s 35th season concludes with world-renowned movie score composer John Williams’ Star Wars. ocalasymphony.com or (352) 351-1606.

Brush strokes of serene oceanic scenes and an insightful collection of military photographs will prove to disbelievers that a picture does indeed say a million words.

“For the Love of the Sea”: Watercolors of Philip Steel

Soothing scenes are captured in the watercolors of Philip Steel, an artist whose inspiration comes from people, the shore and wanderlust for the sea. The New England artist is a signature member of the American Society of Marine Artists (ASMA) and the Florida Watercolor Society. Thirty-five original paintings will be displayed in the nautically themed exhibit. Dories drifting in the fog, waves crashing on rocky shores, youth racing their sailboat against the current, Steel’s watercolors contain an appreciation for passionate souls who always stand on sea legs. appletonmuseum.org or (352) 291-4455. 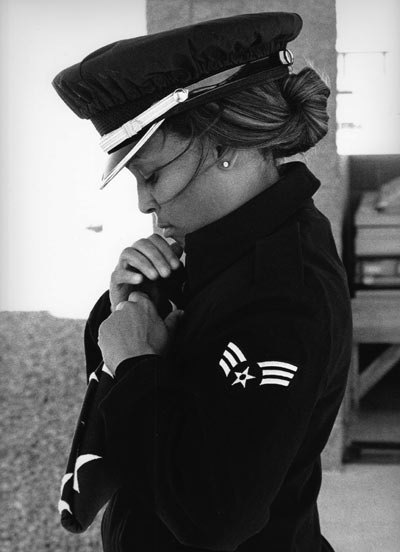 A Graphic Tribute in Black and White

“Cleared Hot! An Exclusive and Personal Photographic Journey into the U.S. Air Force”

From 2005 to 2007, Nicholas A. Price spent 18 months snapping over 8,000 photographs of men and women of the U.S. Air Force. Sixty painstakingly selected photographs are exhibited in the Webber Center, telling a story of pride, dedication and service. Seen through Price’s lenses, a personal connection with his subjects is contained in each portrait. cf.edu or (352) 873-5809.