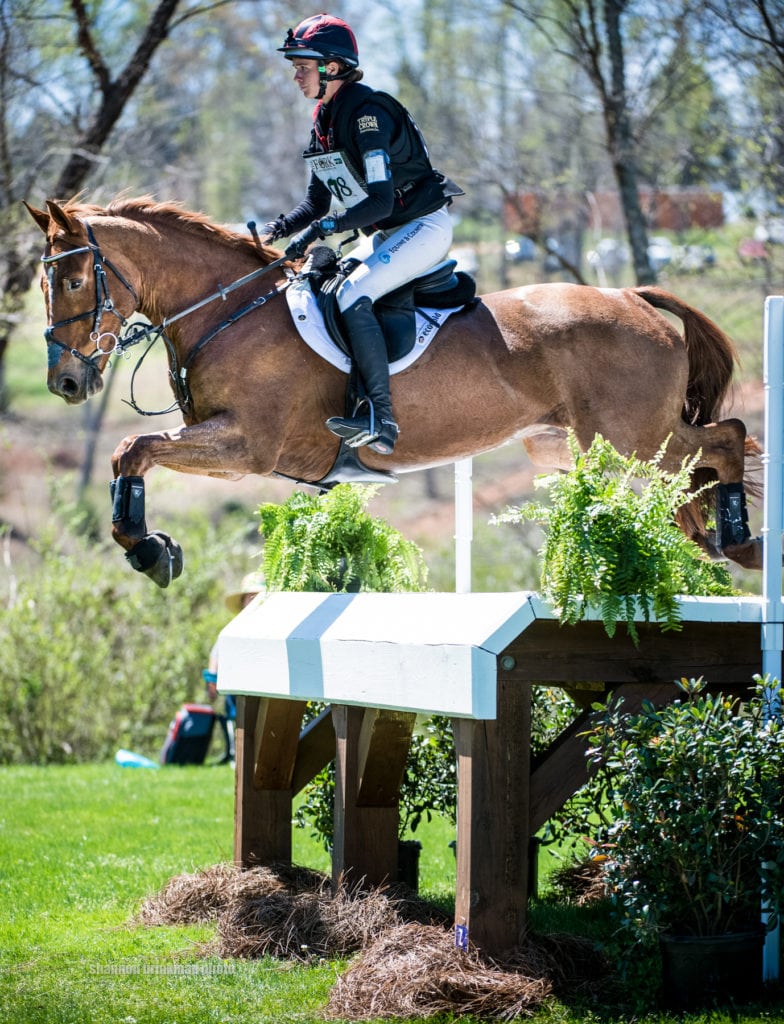 Local eventing rider represents the U.S. on the international stage.

As a toddler, Caroline Martin’s horsey mom brought her to the barn every day. By the time she was 7, Martin had the horse bug, too. Now 23, she’s the top-ranked Under 25 eventing rider in the country.

For the second year in a row, Martin was awarded a $25,000 Karen Stives Endowment Fund Grant. The grant, given to only two Under 25 riders in the country, sends Martin to train and compete in the United Kingdom. An Olympic gold and silver medalist, Stives established the Karen Stives European Emerging Athlete Tour to prepare United States eventing riders to represent their country on an international stage. Martin is a member of the United States Equestrian Team Foundation’s Eventing Emerging Athlete Program. In three-day eventing, riders and horses compete in dressage, cross country and show jumping, each on a separate day.

“Receiving this grant again is an incredible honor. The education of competing on an international level is amazing. I am so grateful to USEF and Karen Stives,” says Martin, who owns a 20-acre farm in Ocala. “Last year, I had two horses, Pebbly Maximus and The Apprentice, finish in the Top 10. The U.S. team won the bronze at the Houghton Hall International CIC in Norfolk.”

In addition to competing again at Houghton Hall this past May, Martin will also ride in the Bramham International CCI3* (U25 section) in West Yorkshire from June 7-10. While in the U.K., Martin will be coached by Leslie Law, the USEF Eventing Emerging Athlete Program coach and British Olympic gold medalist. And as it turns out, Law, who is also now based in Ocala, has been Martin’s coach for the past two years.

“I trained with Buck Davidson from ages 14-21, and he was instrumental in making me the rider I am today,” says Martin. “Then I had the opportunity to be coached by Leslie Law. He has become a very special coach and mentor. And we only live about 20 minutes from each other.”

Martin, who currently has a 10-horse stable of mostly sport horses, spends eight to 10 hours a day riding. When she isn’t training, she’s competing in approximately 30 shows a year. Martin has enjoyed much success, including winning the 2017 Carolina International CIC3* on The Apprentice.

“You have to have a great bond with your horse to compete in three-day eventing. I love the adrenaline rush of cross country,” says Martin. “I’m fortunate to have such a great team; my parents, coach, farm staff, vet and farrier all contribute to my success. Anytime I can represent my country is an honor.”