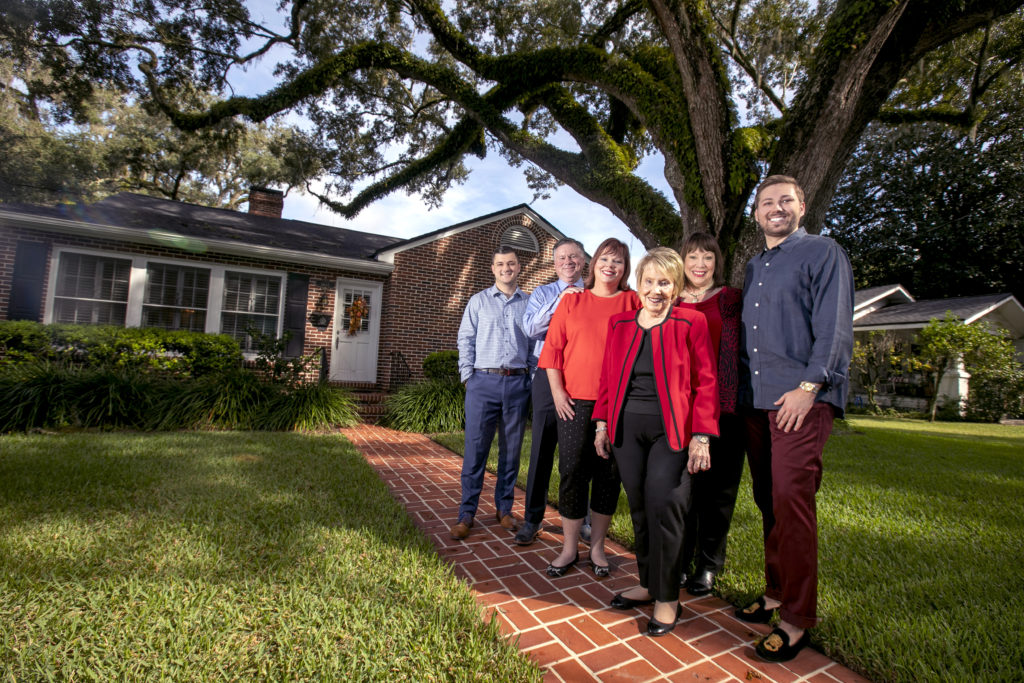 After the great fire of 1883 destroyed most of downtown Ocala, the city rebuilt and rebranded itself as the Brick City. The Cullison family has been building here ever since.

The story of Cullison-Wright Construction Corporation’s long history in our community actually starts way back in 1884, around the time Ocala became known as the Brick City. A young man named Jerry Burnett came from South Carolina with his brother to look for work in the Sunshine State’s booming construction industry. The brothers actually planned to go all the way to Orlando, but when the train stopped in Ocala, where much of the town needed to be rebuilt after a recent fire swept through downtown, that sounded like opportunity knocking, and they answered.

Burnett settled in Ocala and raised a family, and his grandson and namesake, Jerry Cullison, would start his own construction company, Cullison Builders, in 1962—the company we now know as Cullison-Wright Construction Corporation, still operated by his family today.

The Legacy of Jerry Cullison

The Cullison family and their second family at Cullison-Wright Construction Corporation lost their patriarch, Jerry Cullison, when he passed away in August. At age 86, he was still at the helm of the company he built from the ground up, always with his legendary smile. Mr. Cullison found joy in building landmarks that will no doubt stand in Marion County for generations to come. They range from the Skyline Corporation mobile home manufacturing plant, built in 1969, to Forest High School, completed in 2005, and include the complete renovation of the historic Eighth Street Elementary School that Jerry Cullison attended as a young boy. He also found joy in giving back to the community where he was born and raised, and his beloved Ocala Lions Club renamed their annual golf tournament the Jerry Cullison Memorial this year.

“Mr. Cullison built that into us, that no job is too big or too small,” says President Barry Mansfield, who joined the company as a project manager nearly 30 years ago. “Always be honest, always be fair, and you’ll always have repeat customers and that’s still our motto.”

Barry is literally part of the family, married to Mr. Cullison’s daughter Sandy, but he explains that all the Cullison-Wright employees are like family too.

“The company is very committed to family and has always been committed to its employees,” Barry says. “We treat them like family. We go the extra step and I think that sets us apart from our competition.” He adds that one of their most treasured employees, superintendent and estimator Herb Drum, has been with the company for 41 years. Three other employees have worked for Cullison-Wright for more than 20 years.

“My family will continue the reputation we built for hard work and dedication,” promises Vice President Sara Cullison, who joined her father’s company full time in 1990, first as a receptionist while she finished construction school at University of Florida’s Rinker School of Construction Management. After earning her degree, Sara Cullison became a project manager and says she’s always been proud of Cullison-Wright’s reputation for making customers happy. Over the years she eventually took on more of her father’s duties and says now she’s just following in her father’s footsteps, using his philosophy: “It’s simple. Always treat the customer right and he will return the favor in so many ways.”

Barry and Sara believe if you take good care of your employees, they will take good care of your customers. “That gives us the skill level that sets us apart from the competition,” Barry explains. “We’ve built a good team. Mr. Cullison always said if he had a good contractor and a good owner, the sky’s the limit.”

The company has grown every year, Barry acknowledges. “We went from small projects to a nearly $38 million project almost immediately, so that put us onto a whole different playing field. We started doing larger and larger projects, and along with medical buildings, we started doing a lot of warehouses. We got a chance to build Cardinal Glass’s 420,000+ square-foot building, which is equivalent to eight acres of covered, air-conditioned space. We did a lot of banks, but then got into the medical field, including surgical centers and assisted living, which turned out to be sort of our specialty.”

One of Cullison-Wright’s most recent projects is Paddock Ridge, the flagship property of Prospera, the development company Mansfield owns with partner Scott Ryan. This distinctive new neighborhood-based assisted living facility opened on Southwest 33rd Court in July and is a senior community they designed to be “good enough for their own mothers to live in.” It’s Ocala’s newest resource for long-term residential care.

Paddock Ridge is “more than just a new community—it’s the start of something truly remarkable,” Barry says. Plans have been drawn for the complex’s new independent living senior apartment community, which Cullison-Wright expects to complete in 2021.

At the end of this year, Cullison-Wright plans to break ground on the MLK First Responder Campus on Northwest Martin Luther King Jr. Avenue, designed to be the new home of Ocala Fire Rescue’s Station No. 3 as well as an Ocala Police Department station, community center and basketball courts. Barry says this is a project they wanted to do simply because it’s good for the community. 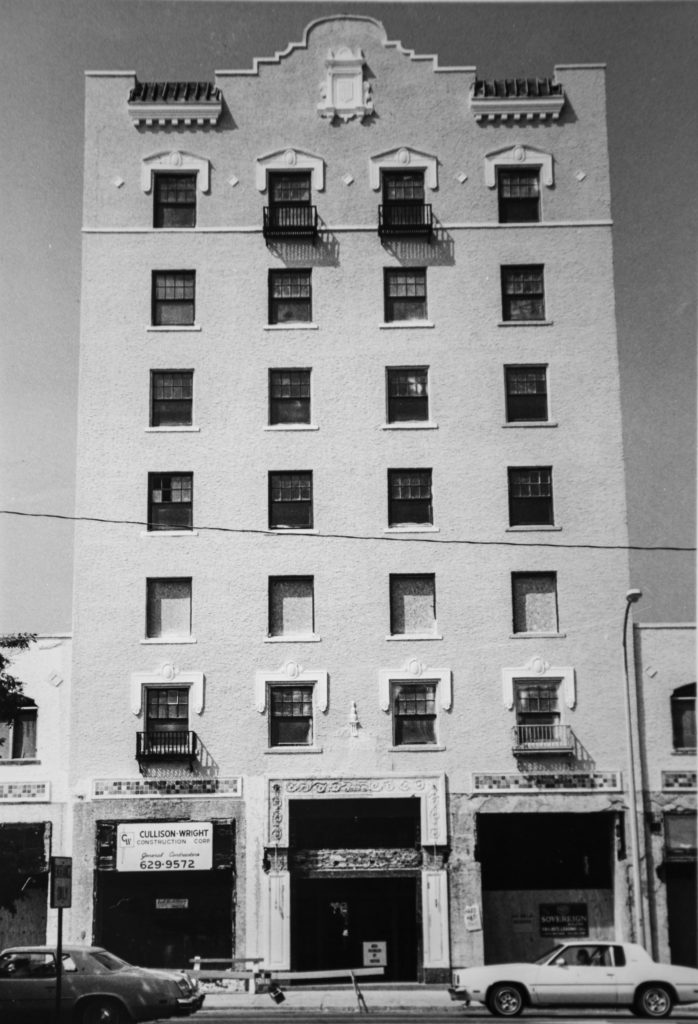 The Commitment to Others

Being involved in the community has always been important at Cullison-Wright. Barry and his wife Sandy helped with school committees and clubs when sons Cody and Colt were in school. However, Barry’s favorite volunteer role is grill cook.

“We volunteer a lot,” he says. “I enjoy cooking—that’s sort of my fun time; I enjoy barbecuing and serving people.” Throughout the year, the Mansfields transport their large outdoor cooker to school functions, service club events like the Lions golf tournament, and soon, Barry says, to cook for the firefighters at the new station. “That’s how we give back to our community.”

For Sara Cullison, with her love of animals, serving the community often involves giving back to the Humane Society of Marion County, where she adopted a dog. She explains that Cullison-Wright worked closely with the city manager to build the Humane Society. Now, she says, “They do small projects and we always support them. Our whole family has always loved animals.” Sara, who grew up riding horses, now lives in the historic homestead on the family’s northwest Marion County ranch, surrounded by pastures rich with family history. “My mom designed the plans when she was pregnant with me and my dad built it the year I was born,” she reveals. “My grandmother always wanted to keep it in the family.”

At Cullison-Wright, being a good corporate citizen of the community is at the heart of both their customer service policies and their hiring practices.

“We believe in local participation and in the local community, and we have the capability and expertise to do very large projects,” Barry explains. “We like to deal with local people and we really push for all local subcontractors.”

“We’ve always tried to get to the next level,” Barry states. “You can’t rest on your laurels. We’ve been very successful but we always have to stay ahead of the curve. That’s one of the reasons why I wanted to bring in the younger crew,” he says of his 26-year-old son Cody, a Cullison-Wright project manager, and 30-year-old Troy Thurston, the company’s newest vice president and partner.

Cody Mansfield, who remembers playing on job sites as a kid while tagging along with his dad and his beloved Pop Pop, now supervises job sites as a project manager and is the fifth generation in his family to work in the construction industry in Ocala. He earned his bachelor’s degree in international relations from Rollins College in 2015 then spent a year and a half traveling the world working for a cruise line. When his dad mentioned that there was a great opportunity for him to join the family business, it seemed like a natural fit.

“It’s a proud feeling to be able to work in another generation of something that your family built,” Cody explains. “Ocala is a nice place to live, a quiet family place. And we have all this history here.”

Cody embraces his role as family historian, and has amassed a treasure trove of memorabilia, from albums full of old black and white photos and newspaper clippings to memorabilia like vintage building plans, stock certificates and stationery. In his office, along with the impressive collection of Legos he’s used to construct elaborate projects since he was a kid, is the erector set saved from his grandfather’s childhood. From time to time, Cody takes inspiration from sitting behind the desk of Jerry Cullison, his Pop Pop, the man he says was “perfect” in his eyes.

“He always liked to build things; I like to build things,” Cody says. “You don’t know how precious something is until you lose it. My takeaway at the end of the day is I got to spend time with my family.” Learning the business gives Cody a treasured opportunity to be mentored by his father and his Aunt Sara.

“I’m proud to see him work,” Cody says of his father. “He is the best businessman and role model. I saw how hard my dad and grandfather worked—they are the American dream. They built what they have with their own two hands.” 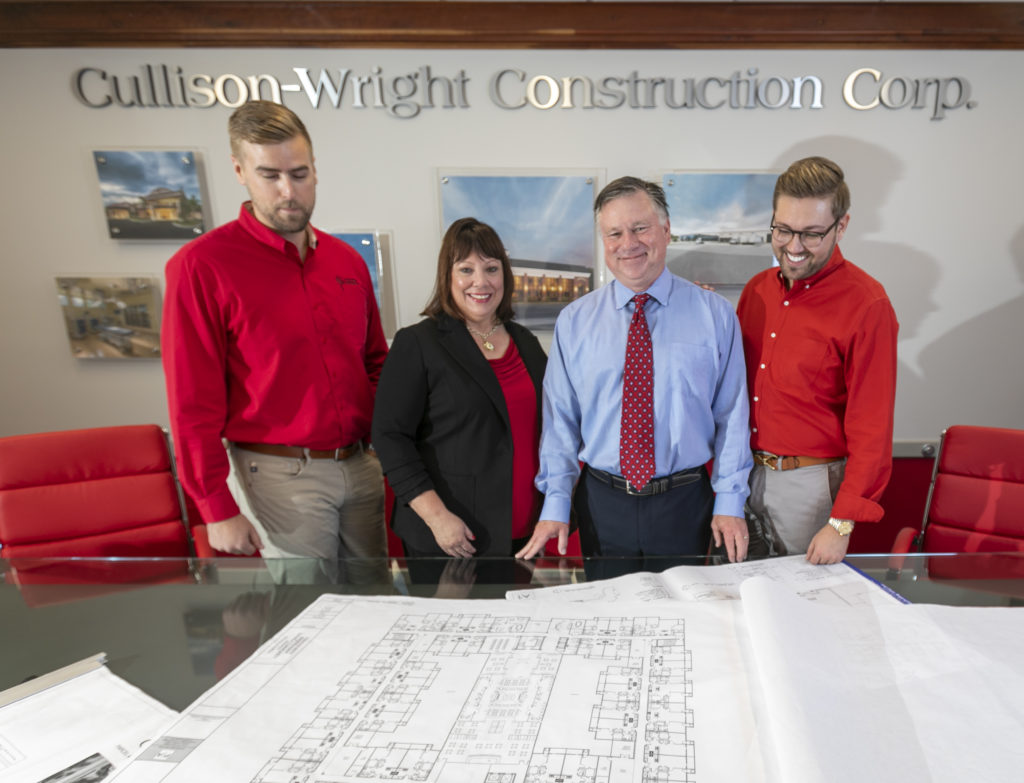