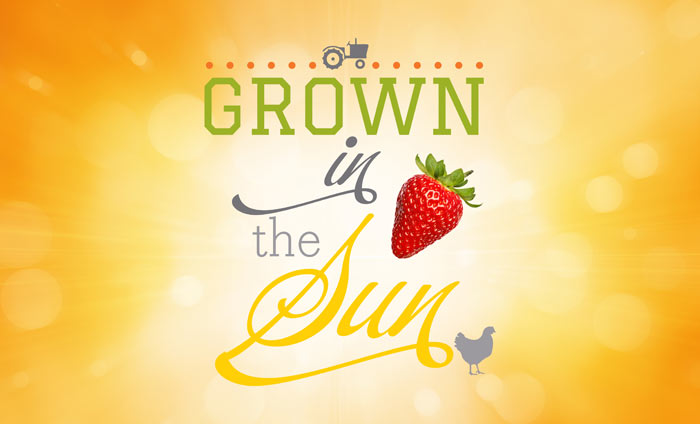 When Spanish explorer Ponce de Leon landed on the shores of Florida in 1513, he was pretty sure he’d found paradise… if not the fountain of youth. Fast-forward a few hundred years and there are plenty of people who still consider our state a slice of Heaven.

It’s not called the “Sunshine State” for no reason. All that sunshine, generous rainfall and a mild climate make Florida incredibly rich in agricultural products. Our farmers and ranchers not only help feed the world, they produce a wealth of products we can enjoy right in our own backyards. Literally!

“We produce about 300 different products throughout the state, ranging from avocadoes to zucchini. You can find something every single day that’s fresh from Florida to produce a meal for your family,” says Daniel Sleep, senior analyst and supervisor for the division of marketing and development at the Florida Department of Agriculture and Consumer Services based in Tallahassee. 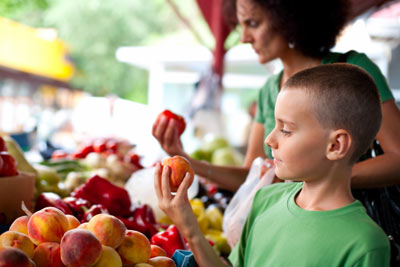 “You’d be surprised if you stood in one spot and considered how much food is grown within a one-hour radius of where you are. We have nearly 48,000 farmers in the state farming more than 9 million acres,” Sleep notes. “In Marion County alone, there are 3,496 farms and 266,000 acres of farm land.”

Agriculture contributes more than $100 billion to Florida’s economy and supports some 2 million jobs. There are 3,500 more farms in our state today than there were in 2004.

And you don’t have to roam far and wide to take home the freshest, safest food.

“Your No. 1 place to find Florida produce is in any of your major grocery stores,” says Sleep. “Our high production months are November through May. During those months, we dominate markets and there’s a very high ratio of Florida products in the stores. You name it, we have it. When it comes to fresh produce, summer is really the most quiet time of year because of the heat.”

Many consumers are getting on board with the ever-growing trend of “farm to table.” The theory behind this movement is all about choosing locally grown and locally raised farm products that don’t travel long distances to get from the farm to your table. Sleep says another trend that has greatly intensified in recent years is knowing where your food comes from.

“About 25 percent of consumers consider this of great importance,” he notes. “In Florida (and some other states), if a product is on display in a grocery store and it comes from outside the United States, it’s a law that it must be labeled to show origin.”

When you see a product with the “Fresh From Florida” label, that’s a plus. “It’s about as Florida as you can get,” says Sleep.

You can also find Florida farm products that don’t grow in the dirt.

“We’re not huge in poultry production, but our numbers are respectable. In 2012, we produced $178 million in broilers and $183 million in eggs,” says Sleep, adding that Pilgrim’s Pride, the second-largest chicken producer in the world, has a plant in northeast Florida. “There is some hog production in Florida, but not much, and it will be tougher for people to find this in local markets,” says Sleep, noting that hog production only accounted for $2.5 million in 2012.

“Florida has a seafood industry of $200 to $225 million that includes both fresh caught and farm raised,” he adds, noting that anywhere in the state, consumers are no more than two hours away from fresh seafood sources.

And then, of course, there’s the beef industry, a huge segment of Florida’s agriculture production. 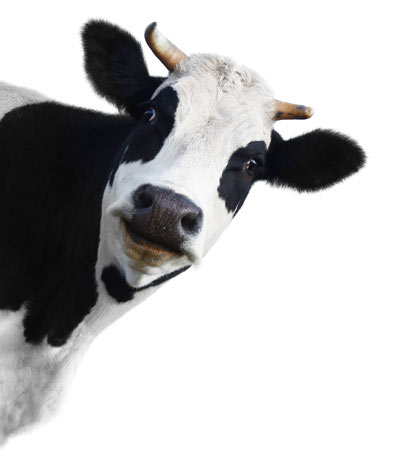 Beef is a $670 million industry in our state. Last year, Florida ranked 12th in the nation in beef cattle production. As of January 1, 2013, there were 1.66 million head of cattle (including dairy cattle) on Florida’s farms and ranches.

Despite those numbers, most beef cattle only start their lives here. Florida is considered a “cow/calf” state. That means the vast majority of the 860,000 calves born last year were shipped elsewhere for growing out or “finishing.” Because it’s so costly to ship grain, ranchers have tended to send their young Florida beef to the Midwest where they are grown to slaughter weight. This trend, however, is changing, and that’s good news for both Florida ranchers and consumers.

“There is some niche production here; they market some locally produced meat, and this is growing nationwide. There is movement in the state to reestablish a larger beef market and processing in the state in the next few years,” says Chad Carr, associate professor in meat production at the University of Florida in the Animal Science department.

“There is actually some pretty substantial growth in regional beef production. There’s going to be some reasonably sized, grass-fed beef production,” Carr notes, adding that Adena Meat Products, the new 30,000-acre operation in Ft. McCoy, which recently began processing, is part of this movement.

“There are bigger facilities, but in terms of the automation they’ve got, there’s nothing like it,” he says. “It’s a pretty impressive food-processing facility.” 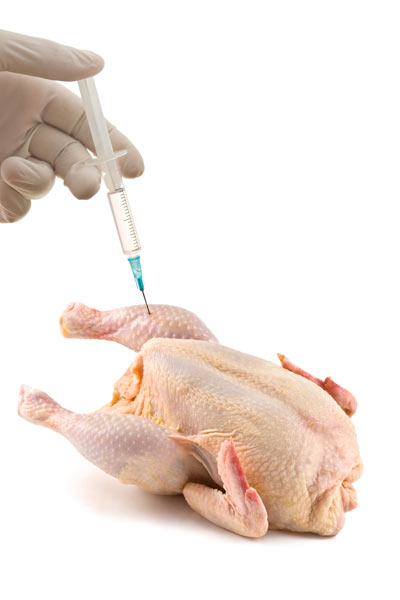 What’s In The Meat I Eat?

Some consumers are more concerned than others about just what’s given to animals that are eventually slaughtered for food. If you’re in the concerned group, listen up.

The Pew Charitable Trusts estimates that about 70 percent of antibiotics produced in this country are for animal use… and not necessarily because those animals are sick. Cattle, poultry and hogs are often given low doses of antibiotics to help promote growth and to ward off infections, which are common on farming operations where large numbers of animals are confined.

There is some concern that overuse of antibiotics will lead to increased drug resistance, resulting in “super bugs,” dangerous bacteria that are extremely tough to kill.

Before you swear off meat, you should realize that most drug resistance comes from overuse of antibiotics in humans, not because of antibiotics given to animals. (Think about that next time you demand an antibiotic prescription for an upper respiratory infection, which is likely viral, not bacterial.)

Late in 2013, the Food and Drug Administration (FDA) took steps to phase out the routine use of human antibiotics in animals to promote growth. Widely used antibiotics, such as penicillin and tetracycline, are now restricted to a prescription. FDA guidelines are calling for the meat industry to voluntarily use such drugs for therapeutic purposes only and under the oversight of a veterinarian.

Rest assured that when it comes to the beef industry, the USDA has strict guidelines on testing for antibiotic residue. Meat that tests positive for residue is discarded. In the dairy industry, every single truckload of milk is tested for antimicrobials. Although the United States produces almost 200 billion pounds of milk annually, only a miniscule .002 percent is ever diagnosed with a residue.

Hormones have been used in the meat and dairy industries for decades to help livestock gain weight faster and produce more milk. Synthetic estrogens and testosterone are commonly used in the form of small pellets that are implanted under the skin in the ear of a heifer or steer at a young age. The pellet slowly releases hormones throughout the animal’s life.

How much of those synthetic hormones end up in the steak you eat or the milk you drink is impossible to say. Studies have shown that cattle have increased hormone levels, but there is no definitive answer as to how that hormone content relates to risk for the human consumer down the road.

Some experts close to the subject of antibiotics and hormones in the cattle industry say consumers are more worried than they should be.

“It’s not science-based to be afraid of consuming meat from an animal that has been given growth promotants or antibiotics,” notes Carr.

“Calves that go to a commercial feedlot are going to be given a hormone implant to improve growth and efficiency, but in terms of human health risk, it’s zero. The amount of residual estrogen from a calf that has been implanted compared to one that hasn’t been implanted is almost zero,” he states. “In terms of antibiotics, yes, there is some therapeutic antibiotic use to help improve efficiency, but they are given at low levels, and most of the classes of antibiotics used in the animal industry aren’t the same antibiotics given to humans. The meat industry in the past probably overused them, but now, as a whole, it’s very judicious utilization, and the industry is following the new FDA regulations.

“But if it’s important to a consumer to buy meat from animals that haven’t been given hormones or antibiotics, they can do it, and we encourage this,” adds Carr. “This is a small, but growing, sector of our industry. If you look at the label, it must state that the animal hasn’t been given any of these. Products like those sold under the Publix Greenwise label are an example.”

“There is a concern about antibiotics and hormones in meat, regardless of the levels of chemicals. Consumers are now demanding healthy meat from animals raised without these chemicals,” says Jan Costa of the Florida Fresh Meat Company in Ocala. “The demand for local, sustainable and chemical-free meat is increasing every day. Ranchers who used to sell all their livestock to the market are beginning to care about this reemerging demand and are holding on to some of the animals to raise them in a more sustainable, healthy manner.”

Costa’s business is producing meat from locally raised, grass-fed and grass-finished cattle, pastured lambs, goats and hogs, as well as chicken, duck and cage-free eggs. All meat is from animals raised without hormones and antibiotics. He even distributes farm-raised, fresh-water gator. In addition to his own locally raised livestock, he works with a network of affiliate farms and ranches throughout North Central Florida to help produce the increasing demand for local meat. The animals are slaughtered in an adjacent USDA-inspected facility, and the Florida Fresh Meat Company then sells the meat products across the state.

“We’re never going to totally get away from the ‘factory farming’ aspect, but there are alternatives and they are readily available. Anyone looking for fresh, local meat can find multiple options,” says Costa. 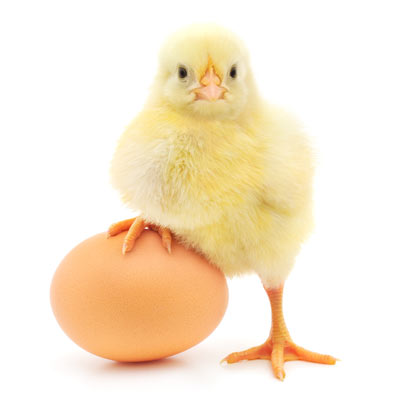