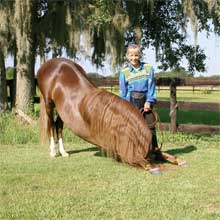 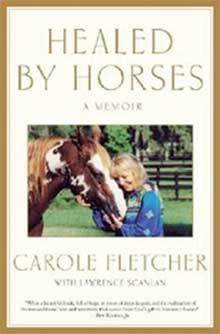 How do you start over when life as you knew it changes in a split second? Where do you find the strength to go on when everything you take for granted — your career, your appearance, your confidence, your future — is snatched from your hands and twisted into something unimaginable?

For most people, fortunately, these are questions that never need an answer. Carole Fletcher, however, has been living those answers every day for the past three decades. Since November 22, 1975, to be precise.

That Saturday, the weekend before Thanksgiving, found Carole in the basement of her rented house in River Edge, New Jersey. Kneeling beside a five-gallon can of gasoline, she was using a gasoline-soaked rag to clean the engine parts of her 1953 Porsche Super Coupe. Her boyfriend and another friend had come to help.

Those were the last minutes of her former life.

A moment later, blue flame snaked across the floor, engulfing Carole and the gasoline in blinding light and fire. Fumes from the gasoline were ignited by the pilot light of the water heater which had no protective device to prevent such a flashback.

Second- and third-degree burns covered more than sixty-five percent of Carole’s body. Her swollen, ravaged frame was not only severely damaged by the fire, but the gasoline explosion had also destroyed muscle throughout much of her body. Doctors gave her less than a ten percent chance of survival.

Yet hour after hour, day after day, month after month, Carole miraculously survived. Nearly seven months and 28 skin-graft surgeries later, she walked out of the hospital under her own power. That was June 11, 1976.

At the time of the accident, Carole was a teacher. Having taught both elementary and secondary school students, she was well accustomed to being in front of people. Struggling to recover from her injuries, she was acutely aware that she was no longer considered normal. It was one thing to be physically disabled, but being disfigured took its own toll.

“Overcoming the burns and disability was the biggest fight of my life,” says Carole. “It made me realize how much we’re capable of doing when we’re put to the test.”

Horse crazy since childhood, Carole had ridden for many years, but she did not buy her own horse until her twenties. That first horse, Bailey, brought much pleasure to Carole before the accident but would soon find his true calling.

“He was a hooved savior to me,” Carole remembers. “If it had not been for that horse, I would not have had the will to live. Bailey was the one thing I could do that was part of my old life. Even if I didn’t have my legs to walk, I could be lifted onto his back. Literally and figuratively, he carried me both physically and spiritually. I secluded myself with Bailey and preferred to spend time with him rather than people. There was no judgment with him.”

During this time, well-intentioned friends encouraged Carole to see a therapist, and she did, but only for a short time.

“I decided that horses were my therapy. I had a thousand-pound therapist and he was a lot more fun. Every time I was with him, I was getting stronger.”

Bailey was the horse that gave Carole reason to live, but it was a blue-eyed pinto named Dial who launched Carole into her new life in a small New England town. Carole purchased Dial a couple of years after the accident.

“He became my best buddy,” says Carole. “I went everywhere with him — I even rode him to the post office to get my mail.”

On a lark, Carole started teaching her clever companion tricks.

“I was still going through some surgeries and this took me away from the mundane hospital experience. Friends started telling me I needed to show off this horse,” recalls Carole, who started performing with Dial in 1979.

“This horse transported me from a self-conscious, inhibited person to a confident performer before audiences of thousands. We went on to perform at huge fairs, festivals, and parades, including the Macy’s Thanksgiving Day Parade, in TV commercials, and at schools, horse shows, and nursing homes.”

Virtually everything that brightens Carole’s life today began with Dial all those years ago. Although Dial passed away in 1997, shortly before Carole and her husband, Gary, relocated their farm to Marion County, the horse’s influence is still keenly felt.

After years of performing with Dial, Carole trained numerous other trick horses. She continues to perform at equine events and conducts trick horse training clinics, both locally and around the country.

Carole’s recently published book, Healed by Horses, which she wrote with Lawrence Scanlan, was actually triggered by Dial’s death.

“I grieved over him like a child. I was inconsolable,” says Carole. “I started writing about him and the more I wrote, the more I realized how much he had done for me. It [the book] began as a tribute to my horse, but the main purpose for reliving my whole accident was to distill some kind of blessing out of it. If it could help other people, then it was worth telling.”

At book signings, Carole discovers a cross-section of people, some of whom have never been near a horse but have endured some sort of tragedy in their lives.

“What they take from the book is that you can overcome anything.”

After a total of 38 surgeries, Carole finally had enough. Although the emotional pain has healed, she deals with the physical reminders of her injuries on a daily basis.

“Every day I look in the mirror, my scars are there. I have to be careful or my shoes will rub sores on my skin grafts. I can’t go out in the sun. I always have to be covered or the grafts will burn. There used to be a time I wouldn’t go into a public place wearing shorts. Now I don’t care what people think.”

Those who have survived great tragedy often say that their most valuable lessons couldn’t have been gained any other way. For Carole, the most powerful lesson she learned was to always live with hope and to grasp hold of the fact that even when things are bad, they’re going to change.

“At 28, I had a horse, a motorcycle, and a fast car. I had a great job, I was single and,” Carole adds modestly, “I was also good looking. It changed in a millisecond. It makes you realize how quickly anything can be taken from you. The old me was gone forever.”

Today, a typical day for Carole starts at 5:30am. She’s outside feeding the horses by six and working with her first horse by seven. After several hours of training, Carole heads back to the house where she spends the heat of the day writing on her latest project: children’s books. Come late afternoon and early evening, she can be found outside working with the horses again.

“If I’m not out there with the horses, I’m writing about them. I live, eat and breathe horses 24 hours a day. Even in my sleep I’m thinking of ways to teach a horse something,” Carole admits with a smile. She is even teaching her trick horse, Playboy, to read and the horse already recognizes many numbers and words.

Presently, she has several horses of her own to train, as well as a few horses she’s accepted for training that are owned by others. People send horses to Carole for a variety of reasons. Owners with bad backs often want their horse to learn how to lie down so they can mount easily rather than climb up into the saddle. Many owners want their horses to know how to bow. Carole also gets people who simply enjoy playing with their horses or want to develop a stronger bond with the horse.

“Even today, what I do with horses is healing for me. If I can continue training into my nineties, I will.”

I wouldn’t be the least bit surprised if she manages to do just that.

Healed by Horses is available locally in numerous tack and equine supply shops, on Amazon.com and at book stores around the country. Visit healedbyhorses.com to read reviews of the book and find out about Carole’s book signing schedule.