On their Ocala horse farm, Troy and Ann have found an idyllic locale for all their passions. In this exclusive Ocala Style interview, the athletic couple reveals their love for each other, the Florida Horse Park, local golf courses, and—of course—baseball. Not necessarily in that order. 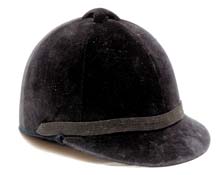 What’s being the wife of a major league ballplayer like?

Ann:
It’s an interesting life, to be sure. You have to be ready for anything. It’s a fun ride that’s only going to last for so long, so you have to enjoy it while you can.

Does having such strong influences outside of the game help?

Ann:
Definitely. It’s been our saving grace in a lot of respects. If I’ve had a bad day riding, he can say, “Yeah, I went 0 for 3 today.” We both have something to focus on, yet we’re both there to support each other.

Why is the Florida Horse Park important to you both?

Troy:
The horse people tend to stay in their little cocoons on [U.S. Hwy.] 27, and the city people stay in their little cocoons on [SR] 200 and [SR] 40 and they don’t really co-mingle. For Ocala, the population is such that there are plenty of people to have an event and get non-horse people out. It’s an interesting afternoon watching a bunch of horses running around.

Troy:
Very rarely, maybe twice a year. At this point, I can’t afford to fall. Some day, this baseball thing will be over and I’ll have the rest of my life to do stupid things.

So, no wakeboarding, skydiving?

Troy:
None of that’s allowed. 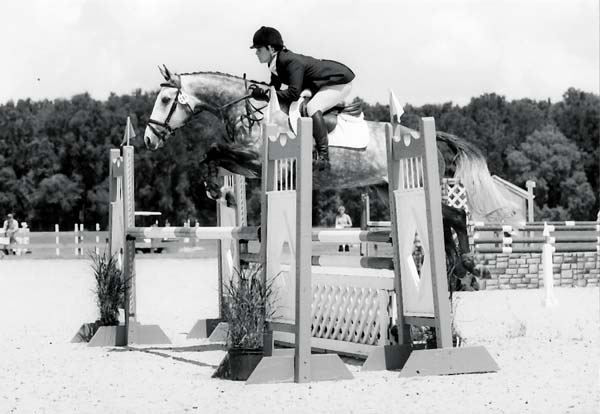 Ann Glaus is an accomplished equestrian who wanted to move to Ocala
to be part of the vibrant eventing scene. She took two first place awards
at the HITS trials in 2007.
Photo courtesy of Raphaele ReyHerme and the Glaus family.

Ann, you train and ride horses. What type of events do you like best?

Ann:
Three-day eventing—dressage, cross country, and show jumping. I’ve been doing that since I was 7. 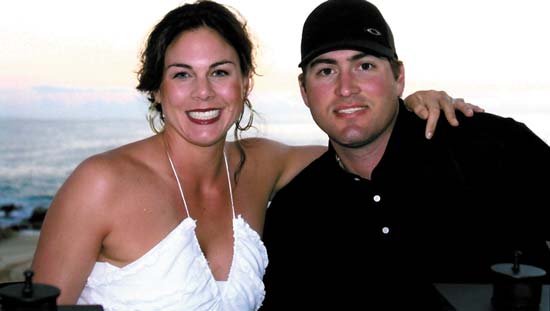 ‘LOVE ME OR HATE ME’

How did you meet?

Troy:
She tells the story way better than me.

Ann:
I was at Arizona State and Troy was at UCLA and my friend in high school was Troy’s roommate in college. He was registering his car in Texas and I was going to go along. After eight hours in the car, I figured he was going to love me or hate me. We haven’t been apart in the 10 years since.

I see you’ve already gotten involved in the Ocala community as the chairwoman for the Florida Horse Park’s “Day at the Park” event this past spring. Is that important to you?

Ann:
Very much so. I think it makes your time in the community more important and opens a lot of doors, especially since we’ve moved around a lot. You’ve got to set your roots.

What was your first reaction to Ocala?

Troy:
I’m easy. If I’ve got a place to work out, practice, and play golf on occasion, I could pretty much live anywhere. And we found all that in Ocala. We had friends at Golden Ocala and they helped us out.

Have you played Golden Ocala?

Troy:
[nods] It’s beautiful, not what I pictured as “Florida golf”—a boatload of sand, too much water, and no trees. I was pleasantly surprised. 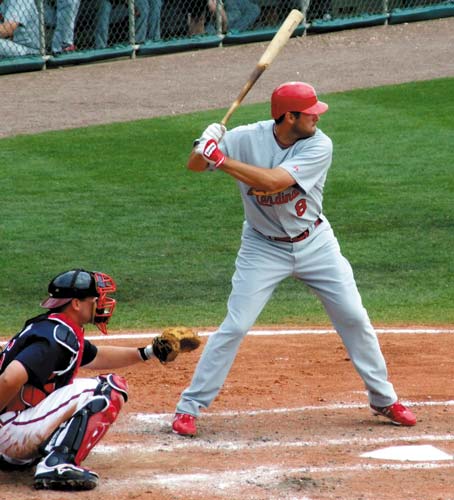 ‘I TRY TO PLAY THE GAME RIGHT’

How do you feel about being with the Cardinals this year? Do you feel like this is a new start?

Troy:
It’s like the first day of school all over again. There’s a little bit of a break-in period, but once you start playing games, everything meshes.

Is there a player you immediately bonded with?

Troy:
I’ve known Adam Kennedy from our high-school years. We grew up not too far from each other and we played against each other in college, with each other in Anaheim, and back again here. That’s an easy one.

Troy:
No. [laughs] They’re better off not doing that.

You’ve batted behind Albert Pujols most of the season. That has to be a pretty good place in the lineup.

Troy:
When you get to watch a guy like that hit all year long, you’re bound to learn something. He’s a tremendous talent and his numbers speak for themselves.

How’s your foot recovering from the off-season surgery?

Troy:
The rehab worked. It’s pain-free at this point.

Do you have a pre-game ritual? Any certain music you have to play?

Troy:
Not really, whatever’s playing in the clubhouse.

So, you’re not the guy who commandeers the boombox?

Troy:
[laughs] No, not even close. I just try to relax. We’ve played so many games for so long at this point that you can’t get hyped up. Maybe take a nap or something. [laughs again]

With the Anaheim Angels, you were one of the fan favorites. How do you maintain that reputation?

Troy:
I just try to play the game right—play hard and play to win. I do my job. 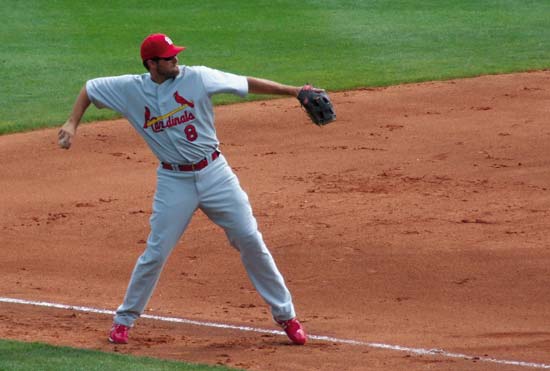 Troy Glaus, now a third baseman for the St. Louis Cardinals,
was named the Most Valuable Player in the 2002 World Series
while a member of the Angels’ championship team.
Photo by Dean Blinkhorn.

‘THE MOST FUN I’VE EVER HAD’

Any fan story, positive or negative, that sticks in your mind?

Troy:
Just groupings, I guess. At certain ballparks on the road, you get booed and that’s fantastic. When you’re at home and you get booed, that kinda stinks. I enjoy the hostile atmospheres and the raucous crowds. It brings energy to the game you can’t simulate otherwise.

With the Cardinals, you were acquired to take the place of the popular Scott Rolen. How have the fans been?

Troy:
Great, very supportive. I’m going to do the best I can and be who I can be. Hopefully that’s good enough.

Your manager, Tony LaRussa, is known for doing things differently than other managers—shaking up lineups and having the pitcher batting eighth, for example. Any chance of playing shortstop instead of third some this season?

Troy:
That was years ago and I was adequate at best. If he asks me, I’ll do it, but I’m not exactly going to run into his office, telling him I want to play short.

And if he throws the catcher’s gear at you?

Troy:
I’m a team player, but I’m not catching. [laughs]

You were the World Series MVP in 2002. I have to admit, I wasn’t an Angels fan, but even I got swept up in the moment. That was quite a year, wasn’t it?

Troy:
It was the most fun I’ve ever had playing the game. The intensity for that month was second to none, one magical month out of twenty years so far. It was a blast. 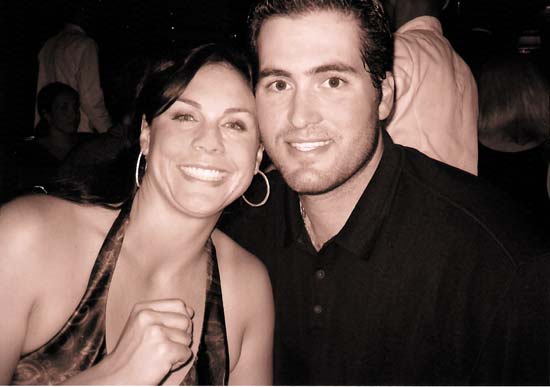 Troy and Ann Glaus have enjoyed living in Marion County.
“In Ocala, you can do the city life or you can be out in the middle of the
country amidst beautiful horse farms,” Troy says. “It offers everything.”
Photo courtesy of Raphaele ReyHerme and the Glaus family.

‘A SMALL-TOWN KIND OF FEEL’

Troy:
I work out every day, but I’m usually done by 11am. If she’s done with her lessons, we meet on the golf course and try to hit it around a little before the day ends. Our lives are so on-the-go all the time that when we have an opportunity to mellow out, we relish those moments.

What’s your perception of Ocala so far?

Ann:
It has a small-town kind of feel, but with all the amenities—shopping, great restaurants.

Is Ocala a long-term fit for you?

Troy:
I think so. We’ve been fortunate—and unfortunate—to live all over North America: California, Toronto, D.C., Arizona, and now the Midwest. At this point in our lives, we’re much more comfortable in a slower-paced community. In Ocala, you can do the city life or you can drive 10 minutes and be out in the middle of the country amidst beautiful horse farms. It offers everything. We love it.

What are some of your favorite restaurants so far?

Ann:
I’ve been to SKY and loved it. We really like Tony’s Sushi. We also love Ayuttaya and we’ll grab lunch at Gilbert’s sometimes. We love to cook at home, too.

Of course, you know Ocala’s other Most Famous Resident is John Travolta. Have you met him yet?

He goes to Tony’s Sushi a lot, so maybe you’ll see him there.

Ann:
I also know he works out at the gym at Golden Ocala every once in a while.

He does that nocturnal thing.

Troy:
Yeah, I’m not going in that early.

Back to baseball, Troy. You’re pretty close to 300 career homeruns. Is baseball still as fun as when you were a kid?

Troy:
No doubt. You never get tired of the three or so hours you’re playing the game. It’s the six hours before that wears on you, sitting in a tub full of ice or wearing heat packs. The surgeries and the working-out in the off-season also get old. The game never does.

You have a World Series ring, you were MVP, and your personal stats are hitting some lofty numbers. What do you still have left to accomplish?

Troy:
I want to win it all again. That feeling is intoxicating. To me, if we don’t win the game, it feels like a lost day. The thrill of winning still drives me. There’s no better feeling.

‘THE NEIGHBORS WILL HATE ME’

David Eckstein, your former teammate with the Angels, has pretty close ties to our community. Last winter he hosted a baseball camp at Trinity Catholic. Do you see yourself getting involved that way?

Troy:
I don’t know. Certainly helping out and offering whatever tidbits of knowledge I possess, sure. As far as what I’m going to do when I retire, I know I’ll have to do something to quell my competitiveness.

So, all the golfers in Ocala need to watch out?

Troy:
Exactly. [laughs] I’m going to have a lot of time on my hands.

You’ve been playing long enough to make a pretty good paycheck. What are some of your toys? There’s gotta be a splurge in there somewhere.

Troy:
A boat that we don’t get to take out nearly enough, although it has been on Lake Weir. It’s a 30-footer with twin 525 motors that’ll run about 1,100 horses, nice and loud and obnoxious. [laughs] Next year, we’ll have more time to take it out and then the neighbors will hate me.

How large is your Ocala spread?

Ann:
It’s 30 acres. We have five horses, two competition ones, but our working farm is still in New Jersey.

This year Ann Glaus served as chairwoman for a “Day at the Park,” a
fundraiser to benefit the Florida Horse Park. “Ocala is the best place to be if you
are in the horse business,” she says. “It’s a really wonderful place to compete.”
Photo courtesy of Raphaele ReyHerme and the Glaus family.

The number-one question people ask when they visit Ocala for the first time is, “Where are the horses?” That’s what the horse park is trying to answer, right?

Ann:
If the community understands what’s going on at the horse park—and there’s so much going on there—they’d understand that it belongs to Florida. This belongs to everybody.