She’s an Ocala native who still calls Florida home, but for Brooke Newton, the “bright lights, big city” glitz of Tinseltown fits her just fine at this stage in her life. Stage is the operative word here, as Brooke successfully pursues her acting career in Hollywood, a passion she has nurtured since elementary school days.

“From a really young age I knew I wanted to do this,” she says. “I’d watch films and they’d make me laugh or cry, and I knew I wanted to make people feel like that. My mom and dad got me into beauty pageants when I was a toddler, which I was terrible at because it was boring. The pageants led to some modeling, but acting has always been a main focus.” says Brooke, who first acted in commercials at age 8 and has appeared in nearly 40 national commercials since. (You may recognize her face in ad campaigns for Joico, Bare Minerals and more.) 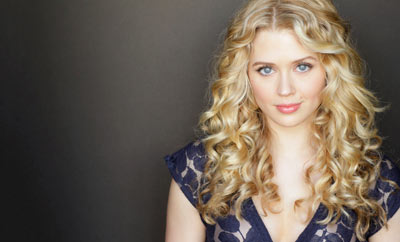 Brooke was so sure she wanted a full-time acting job that she was determined to head to the West Coast as soon as she graduated from Westport High School in 2004, but her mother, Lisa, wasn’t keen on that. Instead of packing her bags for LA, Brooke took her aunt’s advice and tried out for the Tampa Bay Buccaneers’ cheerleaders, as she’d danced for years and was captain of the dance team in high school. Her experience paid off. Brooke was just 17 when she made the team; she cheered for the Bucs throughout the 2004 and 2005 seasons.

Many football fans would be surprised to learn that when Brooke was an NFL cheerleader, it was a volunteer position.

“We only got money through appearing at paid events, but there’s no way it could support you. My first year, we had a team of 28 women, and many of them were professionals with full-time jobs in addition to cheering,” explains Brooke.

“You’re the face of the NFL, so you need to be able to dance and perform, but they also look for a woman who can speak and do interviews—be the whole package. I didn’t know this until I made the team. The girls were very supportive, and there was no cattiness. I still keep in touch with some of them; I made bonds with these women that will affect my life forever.”

Brooke continued her acting career, so long as it didn’t interfere with her cheering and public event duties. Some days, she’d drive 16 hours for auditions.

In 2007, Brooke followed her dreams to Los Angeles, and it’s safe to say her acting career is on a roll. She’s already appeared in 31 movies and television shows, including such popular television series as How I Met Your Mother, Glee, Mad Men, Happy Endings, CSI: Crime Scene Investigation, Gary Unmarried and Suburgatory.

In addition to numerous made-for-TV movies, she’s acted in a number of feature films as well. This year promises to be especially rewarding for Brooke, as she can be seen in five films coming out in 2013, including Hamlet’s Ghost, Jake Squared, Jet Set, A Leading Man, Paradi$e and Knife Fight, starring Rob Lowe, which was released in late January.

In 2012, Brooke became a member of the Academy of Television Arts & Sciences (Emmys), something she considers a huge honor since you must be invited to join. 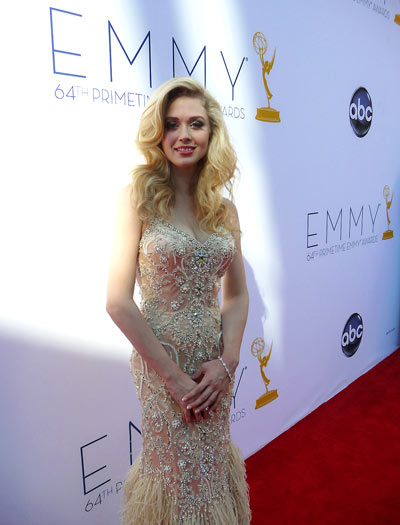 Although she loves being in front of the camera, Brooke also appreciates what it takes to be creative behind the scenes. So far, she’s worked as associate producer and co-executive producer on two films and hopes to direct one day. She’s done a bit of script writing and is currently in a writing lab.

At the time of this interview, Brooke was deep into pilot season, which is one of the busiest times of the year for a television actor. From January through March, new shows are shot in hopes that they will be picked up by a network. It’s a risky game, and the odds are tough, despite the enormous amount of time and effort that go into bringing a project to life.

“Even if a new show gets picked up, it might not last,” says Brooke. “A show can be canceled after the second episode. Where every actor wants to be is three successful seasons into a show because then you can renegotiate your contract for more money.”

Life as an actress isn’t all glamour, though, and the hours are grueling.

“It’s not unusual to have three to five auditions in one day, on top of filming and classes,” says Brooke. “When I’m filming a project, sometimes I’m up at 4am and not finished until 8 or 9pm. Or you might have an all-night shoot and then have auditions in the morning, so you’re only getting two or three hours of sleep.

“What I like most is meeting new people, listening to their stories and working with them,” she says. “When you’re on a set, these people become your family. There are often 200 to 300 people on a set; there are lots more people behind the scenes than you see in front of the camera.”

Brooke continually seeks inspiration to better her craft. She typically does this by studying admired actors, such as Johnny Depp, and watching good films, plays, improv and comedy.

“When I have time, I like to hike. It’s nice to get back into nature and take a breather,” says Brooke. “I also take classes in circus arts, including aerial silks and flying trapeze. I’m a dancer and love to push my body; I’ve really liked that art form since I was a little kid.

“LA is very fast paced,” adds Brooke. “There are tons of passionate people; this is the city of dreamers, and I really enjoy that, but the traffic is horrible. Sometimes, it can take two hours to go 30 miles, so it can be hard to plan things.”

To get away from all the stress, Brooke makes it a point to return home to Ocala as often as possible.

“Whenever I get off the airplane, I can tell I’m in Florida by the first breath I take,” she says. “LA is really, really dry, so to me, it’s refreshing to breathe that humidity,” she muses. “The sky is bluer in Florida, and it hardly ever rains in LA, so I miss the thunderstorms. It’s great to come home and just chill out with my family.”