As a part of the 1973 Super Bowl-winning Miami Dolphins when Coach Don Shula’s team defeated the Minnesota Vikings 24-7, Don Nottingham knows about being a champion. 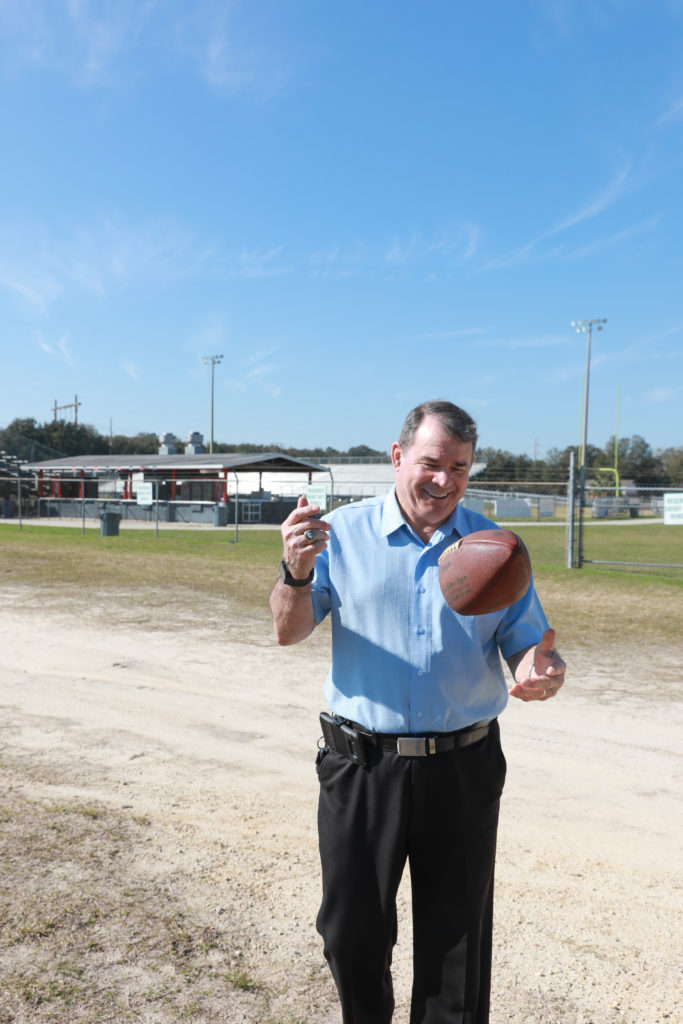 A native of Ohio who attended Kent State University, Don played his first two seasons (1971-72) for the then Baltimore Colts before being traded to the Dolphins for the ‘73 season. Don played fullback and did a good job of protecting his quarterback; he was known as the “human bowling ball.”

Don’s football career ended when he broke his scapula during a game in 1978.

“I wouldn’t trade my time in the NFL for anything,” says Don. “I’ve always been a believer in the team; it was all about ‘us’ and ‘we’ and doing the best you could do. The team always came first. What I loved about playing football was being part of something bigger than myself.”

For a decade after retiring from football, he stayed in Miami working as an insurance agent for Associated Grocers, a career he continued after moving to Ocala. He liked the small-town vibe of Ocala in the late ‘90s and has called it home ever since.

Don has two children from his first marriage and one from his second, as well as a 4-year-old granddaughter.

“My wife Nancy and I have been together 35 years,” he says proudly. “She’s an awesome person and puts up with all my goofiness. She’s the best thing that ever happened to me.”

At 69,  Don still works in the insurance industry, but his passion has become charity work. A member of the Marion Dunn Masonic Lodge, he is a Shriner as well. He’s very active in the NFL Alumni Association and has been helping with their Super Bowl of Golf charity tournaments for the past 40 years.

In addition to working with Special Olympics and Association of Retarded Citizens (ARC), Don helped launch Champions for Champions, Inc., a Marion County nonprofit that offers programs designed to enrich the lives of families with special needs children and young adults.

One of Don’s favorite projects is their popular Champions Gavel Club, which offers public speaking opportunities for special needs participants similar to those found through Toastmasters.

“It just makes my heart want to blow up, I’m so proud of them,” he says. “It’s amazing to see their self-esteem levels rise when they have confidence.”

Don relishes any chance to speak to youth groups and his positive outlook is contagious.