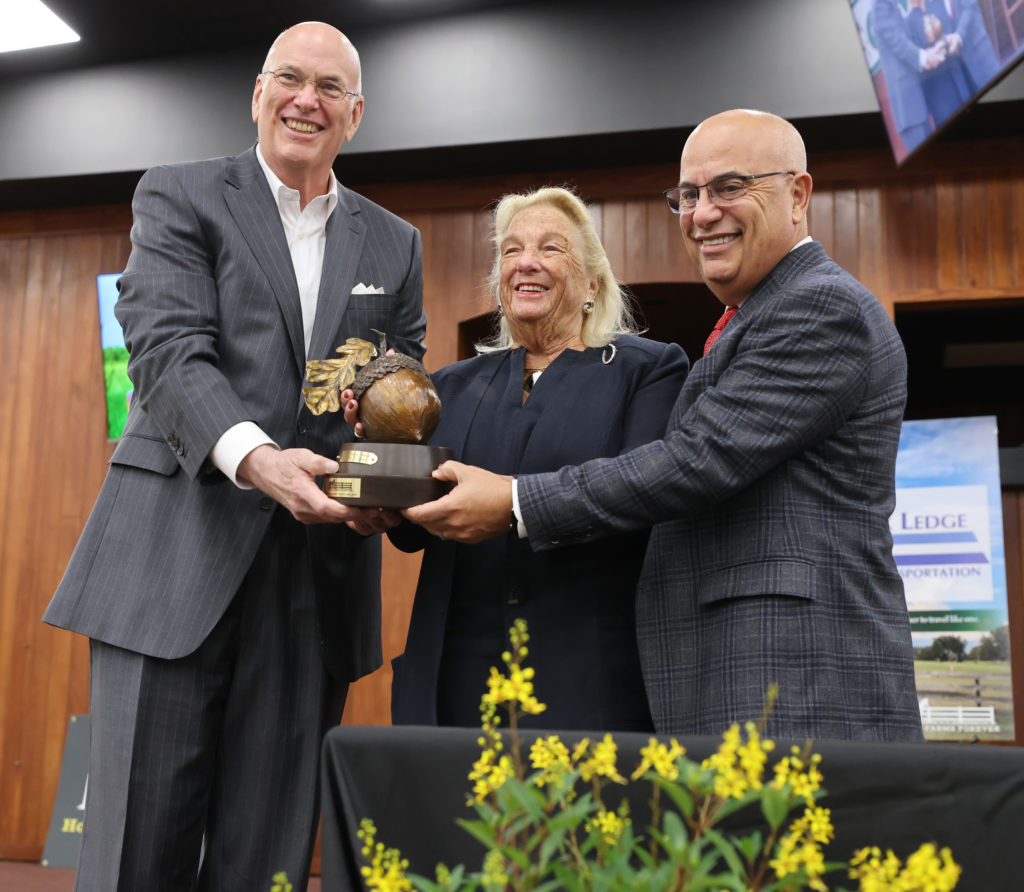 The 193,000-acre Farmland Preservation Area is unique because of the deep limestone base that enriches the soil with minerals.

“It is no coincidence that many of the world’s best horses have ties to Ocala. Our mineral rich soils have produced some of the strongest, best equine athletes in the world,” said Sara Powell Fennessy, HFF Executive Director.

Malone, the largest private landowner in North America, with more than 2.2 million acres, including Ocala’s Bridlewood Farm, said he purchases land for conservation and to practice sustainable ranching and forestry.

“We hope these lands will end up with some level of affirmative preservation, whether owned by my family or a foundation,” he said. “Ocala, which has this great heritage in horses and Thoroughbred horses, it’s kind of a unique area when you think about areas that deserve preservation. There aren’t that many places on the planet that are great for raising and training horses. The best ones have deep limestone soils.” 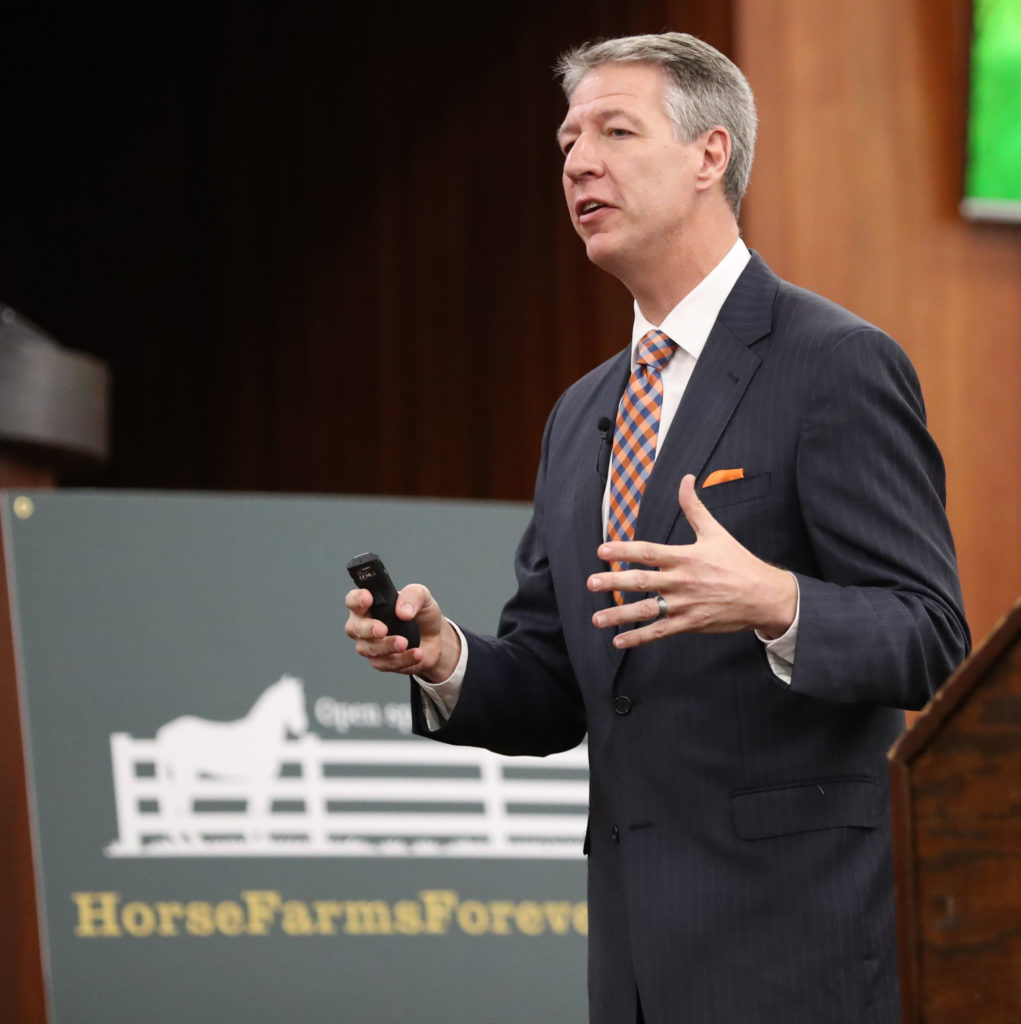 Sheilley presented results of the Marion County Quality of Life Survey, conducted by The Matrix Group. The survey was organized by HFF and supported by sponsors including the CEP, College of Central Florida, Florida Thoroughbred Breeders’ and Owners Association, Ocala Horse Properties and the Hotel Design Management Group.

The number one concern for the future of Marion County, at 29.5%, is the preservation of land and natural resources, followed by transportation and traffic (21.4%), population growth (19.3%), affordable housing (11.2%), economic development (8%) and employment opportunities (3.8%).

More than 90% agreed with the statement: “Marion County’s Farmland Preservation Area is home to some of the richest soils and pristine fresh water aquifers in the world and that it is critical to maintain its resources to ensure that the community’s legacy as the Horse Capital of the World remain for future generations.”; and 86% supported comprehensive planning at the county level to protect agricultural lands and enhance urban areas.

The CEP has been an integral part of the boom in industrial, distribution and manufacturing industries but Sheilley and the CEP have also been huge supporters of the equine industry, which has a $2.6 billion economic impact annually.

“The ideas of growth and conservation are not always in conflict,” he said. “We can have it all.” 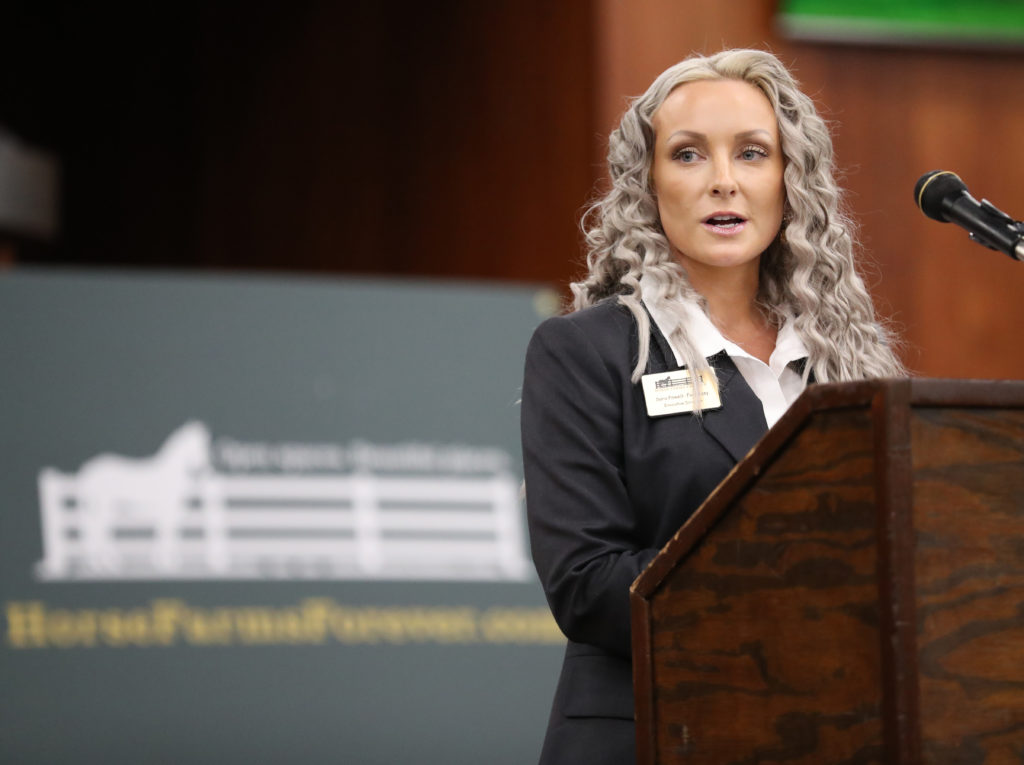 Charlotte Weber, owner of the 5,000-acre Live Oak Stud for more than 50 years, received the Acorn Conservation Award for her contributions to the preservation of horse farms in Marion County. She was introduced by Canadian and National Hall of Fame trainer Mark Casse, which was fitting as they have won many top horse racing awards together.

“I’m hopeful I can inspire many people in the county and the commission and people in our country and around the world to really look to planning and save land,” she said. “I came here, as many of you did, because it was rural. It was quiet. You could have a nice little place. Now? 10,000 houses going up on this corner, 20,000 on the next. It gives me great concern…help us preserve it.”