September 23 was one of the worst days for Marion County public schools, a day that changed the lives of many families. In the days since, however, local heroes have con-tinued to honor the memory of Frances Margay Schee.

Frances Margay Schee, 13, died when a tractor trailer rear-ended Bus #9601 on Highway 301 in Citra, a normal stop on its normal route. Emergency crews took eight of Frances’ classmates to area hospitals where, fortunately, most were treated and released just hours later. Had four men—later hailed as heroes—not come along, the results could have been even more devastating. 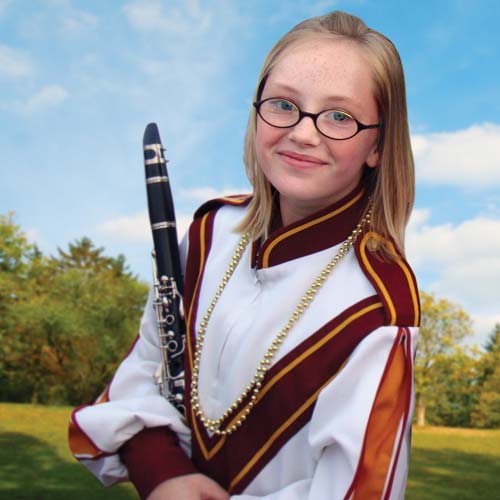 The pain of this young girl’s untimely death put North Marion Middle School—its staff, administration, and students included—in the local and state spotlight. Even national news media covered the story from a distance.

Beyond the horrific nature of this crash, I recall the sensitivity and concern of the Ocala/Marion County community. I know many reached out with personal words of encouragement. Cards and condolences came from those who never met Frances. Still others gave monetary donations to Marion County’s Public Education Foundation to help the teenager’s family and the families of those injured in the crash.

Frances Margay was an eighth-grader at North Marion Middle. Her poignant smile and dark-rimmed glasses were her trademarks, according to fellow students and teachers. Her bubbly personality and always-positive stories brightened the day for many, including Sara-Netter Wood, one of Frances Margay’s former teachers and her cafeteria monitor.

In the darkest of times, I’m always inspired by those who selfishly step forward to help. Like the four men who pulled students to safety from the burning bus. Like the mother who braved smoke and flames to rescue her own children. And like the dozens of bus drivers on scene comforting, supporting, and encouraging each other, our children, and our first-responders.

Frances Margay’s smile enriched the lives of so many filled with Northside Pride. I hope her smile continues to inspire us to love our kids every day. Be there for your children because they need you.

And because we need them.

The Public Education Foundation of Marion County has established an account for the Schee family and another for the injured students. If you would like to contribute please to send a check to the PEF and indicate the fund(s) to which you’d like to contribute. Any donations would be very much appreciated.