Art styles vary from country to country and even within regions, but to the trained eye, telling details provide clues that reveal a true sense of place.

I remember when I first saw the Appleton’s painting Winter Landscape. I had no idea who had painted it, but the first thing I said was, “Oh, that looks so Swedish!” Swedish? How can a painting “look” Swedish? Well, let me tell you… 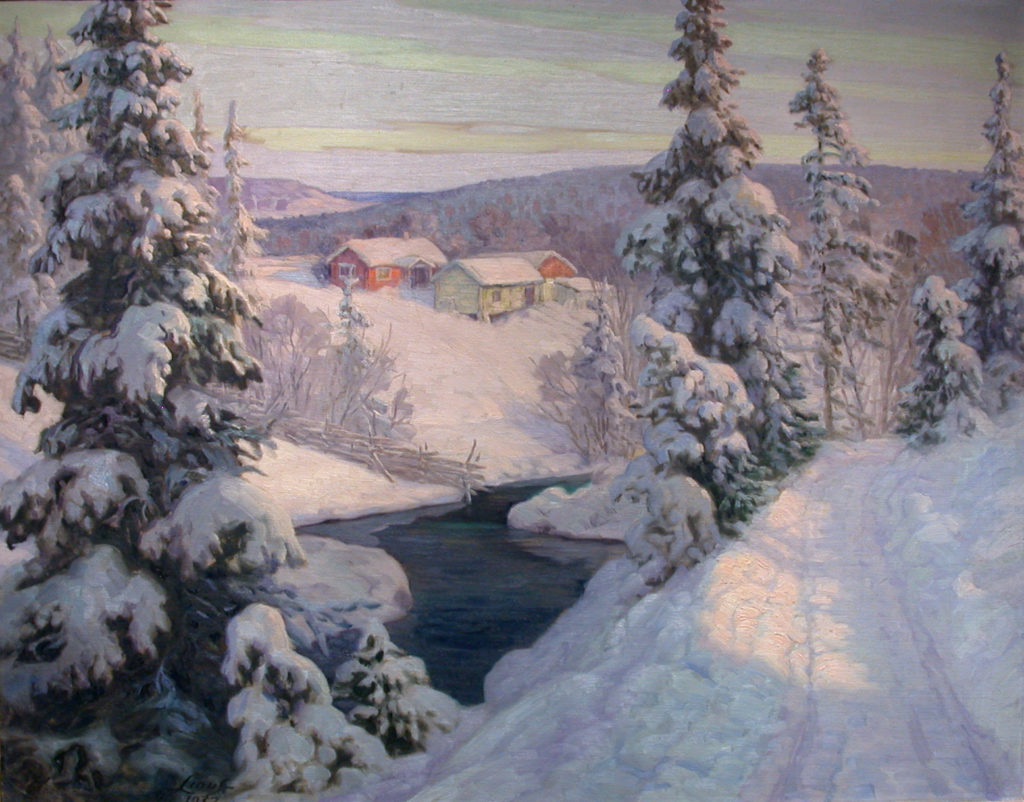 major duty of an art historian (which is what most art museum curators are) is to know and understand art historical styles, which can vary regionally. For example, a curator of Renaissance art would not only know about the artists who painted during that time, but how artistic styles differed from place to place. Renaissance paintings created in England look different from those painted in Italy, and so on. You can certainly learn some of this in your studies, but a lot of it is exposure—when you’re around a type of art long enough and see it often, you learn the style well.

In a similar vein, when I lived and studied in Sweden I was exposed to Swedish artists such as Carl Larsson and Jan Bauer, who have a certain way of depicting people and landscapes—a particular “Scandi-style,” if you will. I became familiar with the style, especially how these Swedish artists painted snow. Yes, snow. Stay with me here.

For example, Bauer, especially, painted snow in a rounded, molded way that almost makes it seem as if it’s formed around a tree branch, not sitting on top of it; I saw this same way of depicting snow in Winter Landscape. Additionally, a closer look revealed a farmhouse painted in the popular Swedish “Falu Red,” which is a typical deep red made from iron oxide and used on buildings in rural Sweden. From these clues, I knew I was looking at a Swedish painting.

Further study revealed the signature of Swedish-born Axel Linus, who was a pretty interesting artist. Linus immigrated to the United States in 1920 and worked as a muralist, portraitist and commercial artist. Some of his important portrait commissions included Charles Lindberg and Carl Sandburg. In 1938, during his honeymoon, he traveled by trailer and painted as he roamed the country, painting landscapes throughout California, Florida, Texas, New Mexico and Arizona. In 1940, he settled near Palm Springs, California, where he purchased a hotel and set up a painting studio in the scenic Snow Creek Canyon at the foot of Mount San Jacinto.

So there you have it. The story of how a painting can “look” Swedish. I invite you to visit the Appleton Museum of Art, where you can see more terrific art from around the globe.