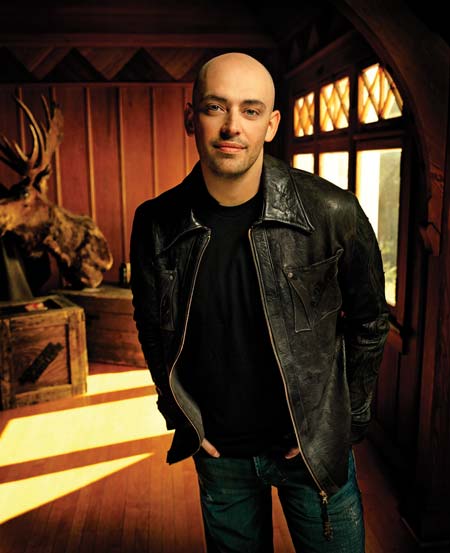 Former American Idol contestant and Lyric Street recording artist Phil Stacey will perform in Ocala on Oct. 18. The concert will benefit Delivering Dreams, an organization that fulfills wishes for adults facing illness or tragedy. Ocala Style caught up with the busy singer to find out about life after Idol.

You’ve been pretty busy since your debut album, Phil Stacey, was released in April. Is it hard to leave your family to tour?

Even though it takes you away from your family for periods of time, this is what I was born to do. It’s been my dream my whole life.

You were singing long before American Idol Season Six.

I’ve been touring and doing music since I was 13—anytime I got the chance, weekends or summers. In college, I was with a touring group. Summers were when we did international tours—China, Africa.

And you toured with a band when you were in the service, right?

I thought I was going to stop touring by joining the Navy! [laughs] The difference now is that people know who you are.

How did American Idol come about?

I was on tour and I ended up missing a very good friend’s wedding. He finally had leverage! [laughs] He told me the only way he could forgive me for missing his wedding was if I tried out.

Now you’re at Lyric Street Records and in some good company.

Who are your musical influences?

Growing up in a preacher’s home, a lot of what we listened to was church music—Roy Acuff, Hank Williams, Rich Mullins, Amy Grant. My grandfather would listen to the Grand Ole Opry and old bluegrass groups—Bill Monroe playing old hymns. He’d just sit there and play bluegrass, old-school country, gospel recordings. I still remember how peaceful it was.

What can we expect at your concert?

I’m going to sing songs that I sang on American Idol, songs that I wrote, and songs that are on the record. I’m coming in with my band, and we have a lot of fun playing together.

Are you working on your next album?

I’m putting together a concept for a new record right now that may have more gospel ties.

If you could pick anyone to collaborate with, who would it be?

Martina McBride. She’s at the top of the list. If you sing with somebody like that, they make you sound good.

Actually, the last time I was in the studio, I was working with Jay DeMarcus from Rascal Flatts, and we recorded at the Blackbird, which is Martina’s studio. So we got to run into her again, which was very cool. I keep telling Jay, “Just put the plug in Martina’s ear. I am available.”