For those aging out of the foster care system, Kids Central is a lifeline between these young adults and the community.

NO ONE EVER SAID GROWING UP IS EASY. Even in the best of circumstances, inevitable bumps and detours occur along the way. And that’s when having loving and supportive adults in a child’s life can make all the difference. Someone to show the way, someone to offer proof that this too shall pass and a good life awaits. 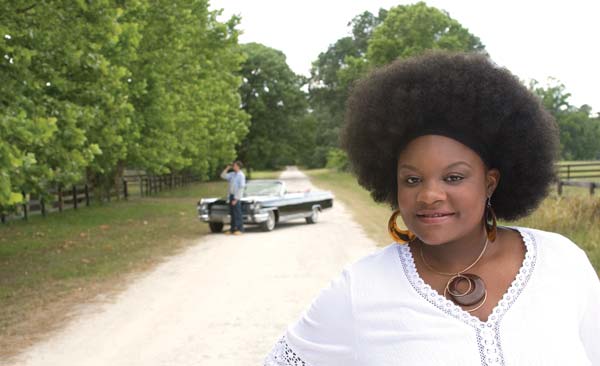 But for many children who have been abused and abandoned by the very people who are supposed to love them, growing up can be a daily struggle just to survive.

Ocala Style recently visited with Sophia Harris and Thomas Kindlon, two young people who have aged out of the foster care system. Sophia and Thomas are now a part of Kids Central’s Road to Independence program. They shared their very personal stories, two different aspects of the foster care system, and how they’re still determined to move forward. 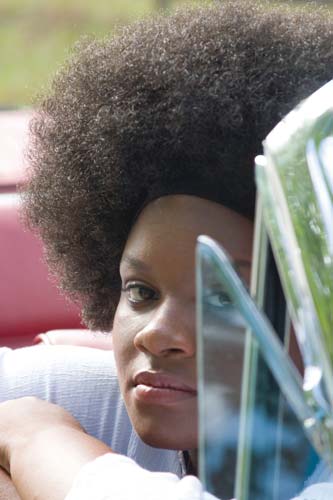 “If we didn’t do what she
wanted fast enough, if we
spilled juice—even if we
didn’t do anything at all
—we would get beaten.”

Sophia Harris’ mother was a junkie. Her father is unknown. As a toddler, Sophia was beaten regularly with an electrical cord or a wooden board with nails in it.

And yet with a beautiful smile sure to brighten even your worst day, Sophia will say she’s fortunate.

“My earliest memories are not good ones,” says Sophia, who recently turned 19. “My mother did whatever she had to, including prostitution, to get more drugs. My older sister, Delores, my younger brother, Roy, and I were always being shuffled around from relative to relative. No one really wanted us and it was never a good situation. But we were just kids, so we didn’t have much choice.”

For a while the siblings lived with their mother’s sister, who was appointed their guardian by the court system. Sophia was only a toddler, but those are the memories that have left the scars.

“If we didn’t do what she wanted fast enough,” recalls Sophia, “if we spilled juice—even if we didn’t do anything at all—we would get beaten.”

Although the children lived in fear, Delores finally told her teachers at school what was going on. The school officials called the state’s child welfare office, and the children were removed from the aunt’s home and placed in the state’s foster care system.

Most certainly better than being abused, the foster care system can often times become a revolving door of temporary homes for children. But for Sophia, this was the first fortunate thing in her young life.

“All three of us were placed with foster parent Louise Dukes,” says Sophia, who was 4 at the time. “And that’s where we grew up. We got very lucky.”

The shyest of the siblings, Sophia kept to herself. She watched and she learned. When she became aware that “being a foster kid wasn’t normal,” she didn’t share that information with her schoolmates.

“Everyone thought my foster mom was my grandmother, so I just let them think that for a long time,” she says. “I was embarrassed to be a foster kid.”

Sophia also watched Delores and Roy struggle with their own situations. Through their teens, they were in and out of trouble. When they turned 18, both were no longer part of the foster care system and left Dukes’ home. Delores, now 25, and Roy, now 20, ventured deeper into troubled waters. Delores was scammed by a boyfriend and now has two fatherless children of her own. Convicted of felony hit and run with a stolen car, Roy was sent to prison; he was scheduled to be released this past May.

“I didn’t want my life to end up like that,” says Sophia. “I wanted better.”

Good fortune smiled on Sophia again, via the mail and a wake-up call.

“We started getting brochures from Kids Central, but we didn’t know anything about the program,” recalls Sophia, who calls Dukes her mother. “We just threw the stuff away. Then my social care case worker explained what Kids Central was to me, and I knew this was a good thing.”

But Sophia was not immune from suffering through teenage angst. She freely admits that she “got lazy” and started playing around too much, “not caring about school or anything else.”

The wake-up call came midway through her junior year at Forest High School when a counselor told Sophia she was failing and wouldn’t graduate on schedule.

“I didn’t want to disappoint my mom after all she had done for me,” says Sophia, “so I got really serious—got tutors, stayed after class, did extra-credit work, made myself accountable to my Kids Central advisor, and graduated with a 3.0 GPA. On time.”

That accomplishment allowed Sophia to move into Kids Central’s Road to Independence program, receiving tuition to attend Central Florida Community College. Majoring in liberal arts, Sophia is maintaining a 3.75 GPA and has thoughts of majoring in meteorology at the University of Florida or Florida State University.

“I’ve always been fascinated by the weather,” says Sophia, who still lives with Dukes and has worked part time at Sears since she was 16. “I want to have a career doing something that I love. Maybe I’ll become one of those storm chasers. That would be fun.” 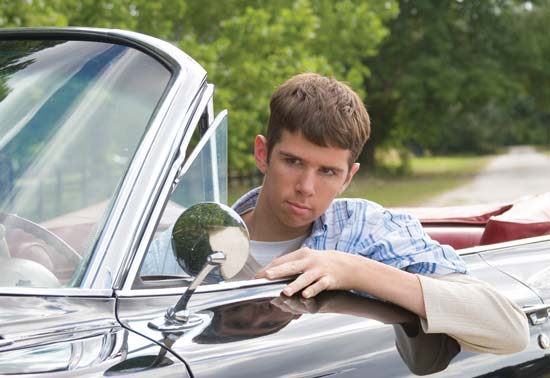 “When you’re a foster kid,
your world is just different. You’re
trapped inside a system,
just trying to find your own place.”
—Thomas Kindlon

‘Trapped Inside A System’

The first impression of Thomas Kindlon, a lanky 6 feet 5 inches, is of that of the quintessential teen reluctantly heading into adulthood. There’s still that boyish mischievousness alive in his dark brown eyes, making you wonder what practical joke he’s planning. The 18-year-old smiles easily and laughs often, fooling you into believing that he’s had a typical childhood.

But the surprising and sad truth is that between the ages of 7 and 17, Thomas went through 36 foster homes. Mixed in were stops and extended stays at Arnette House and the Florida Sheriffs Youth Ranch. When he was 8 and deemed to have anger-management issues, Thomas was put on medication. At 13, he was required to attend regular psychiatric counseling sessions. He had no choice but to comply—until he turned 18.

Oh, and one more thing. Most of his life, Thomas thought his name was Elvis.

“When I was 7, my mother moved us from Troy, N.Y., to Ocala,” says Thomas, who never knew his father and has two younger brothers. “I remember us being happy before then, but things changed when we moved. That’s when my mother started drinking and the abuse began.”

Although only 7, Thomas assumed the role of protector of his younger siblings.

“I wouldn’t let her hit my brothers,” he says, “but I was only a kid and it’s hard to fight a drunk. I got beat up a lot.

“I thought everyone’s family was like that,” he continues. “I didn’t tell anyone.”

But someone must have taken notice of the kid with the bruises or heard the fights. To this day, Thomas doesn’t know who that was.

“One day,” he recalls, “the cops and a social worker showed up and took us away.”

The brothers were immediately split up. The middle brother was eventually adopted, while the youngest, who has spina bifida and is wheelchair-bound, lives in a special medical foster home.

For Thomas, it was the beginning of his odyssey through the state child welfare foster system.

From being the only foster child in one home where his foster mother measured out everything he ate to being one of as many as nine kids, Thomas did his best to survive from day to day. With each new home came a different school and more struggles—no extracurricular activities, no class trips, no prom, none of the normal teen rites of passages.

With all the shuffling from school to school, many of his class credits weren’t accepted as a senior. Told at 17 that he wouldn’t graduate for several years, Thomas decided to drop out and get his GED.

“There were some good foster homes along the way,” Thomas admits, “but I definitely had issues. When you’re a foster kid, your world is just different. You have no choice, no say in your life. You’re trapped inside a system, just trying to find your own place.”

Finally, Thomas, at 18, has his own space. Through the Kids Central Road to Independence program, like Sophia, he was set up in a modest one-bedroom apartment near Central Florida Community College. He’s majoring in mass communication and wants to focus on computer programming. The apartment, furnished with mismatched donated items, is close enough to campus for him to pedal to class. The sleek maroon bike, his only mode of transportation, was given to him by his case worker’s husband.

After the chaos of being in the foster care system, finally being on his own required some adjustment.

“When I first moved into the apartment, it was so quiet,” says Thomas. “But once classes started and I started meeting people, it got better. Now I’m really enjoying it.”

He’s also enjoying his new identity. Called Elvis all his life, a discovery was made when his original birth certificate was obtained by Kids Central prior to his turning 18. His legal name is Thomas Andrew Kindlon.

“I don’t know why my mother called me Elvis instead of my real name,” says Thomas, who’s had no contact with his mother in a decade. “Of course, I got teased a lot about it when I was a kid. It never really felt like who I was.”

When asked by a Kids Central advisor what he wanted to be called, he didn’t hesitate, saying he “would be fine” with Tom or Thomas.

“I’m not Elvis anymore,” he says. “It’s like I’m saying to the outside world that Thomas is here.” 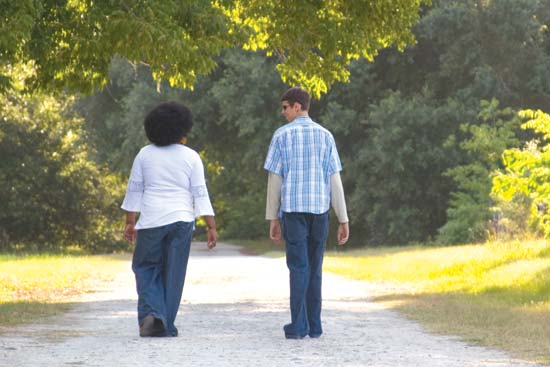 For many children who have been
abused and abandoned by the very
people who are supposed to love
them, growing up can be a daily
struggle just to survive.

Welfare 101
A Quick Primer On The Child Welfare System

How It’s Supposed To Work:
Children become foster kids if a fit-and-willing family member is not available. Placed in the Florida Department of Children and Families’ child welfare system, the children are then sent to live with a foster parent. If the system operates correctly, several options exist beyond this point—a child may be reunited with its family if certain requirements are met under the state’s guidance; a child grows up in one foster home; or a child is adopted.

Possible Problem #1:
Because of behavioral or adjustment problems, these kids are often moved from foster home to foster home—some go in and out of dozens. Not surprisingly, many of these children develop ongoing behavioral problems, which place them at greater risk to end up in group facilities. It can become a vicious cycle that can cost a child his/her childhood.

Possible Problem #2:
At 18, the child will age out of the child welfare system. This can be a recipe for disaster because a child without any strong family ties is now cast out into a society with no moorings to face the very real dangers of unemployment, homelessness, or incarceration.

Solution:
More help for and from agencies for kids stuck in the system. “People are quick to judge. They hear foster kid and think trouble,” offers Shalonda McHenry-Sims, director of the Kids Central Independent Living program. “These kids in the program want to become a contributing part of the community. They just need a little extra help.”

How You Can Help:
Contact Kids Central Inc. about monetary donations, community partnerships, mentoring programs, and affordable housing for the Road to Independence program.