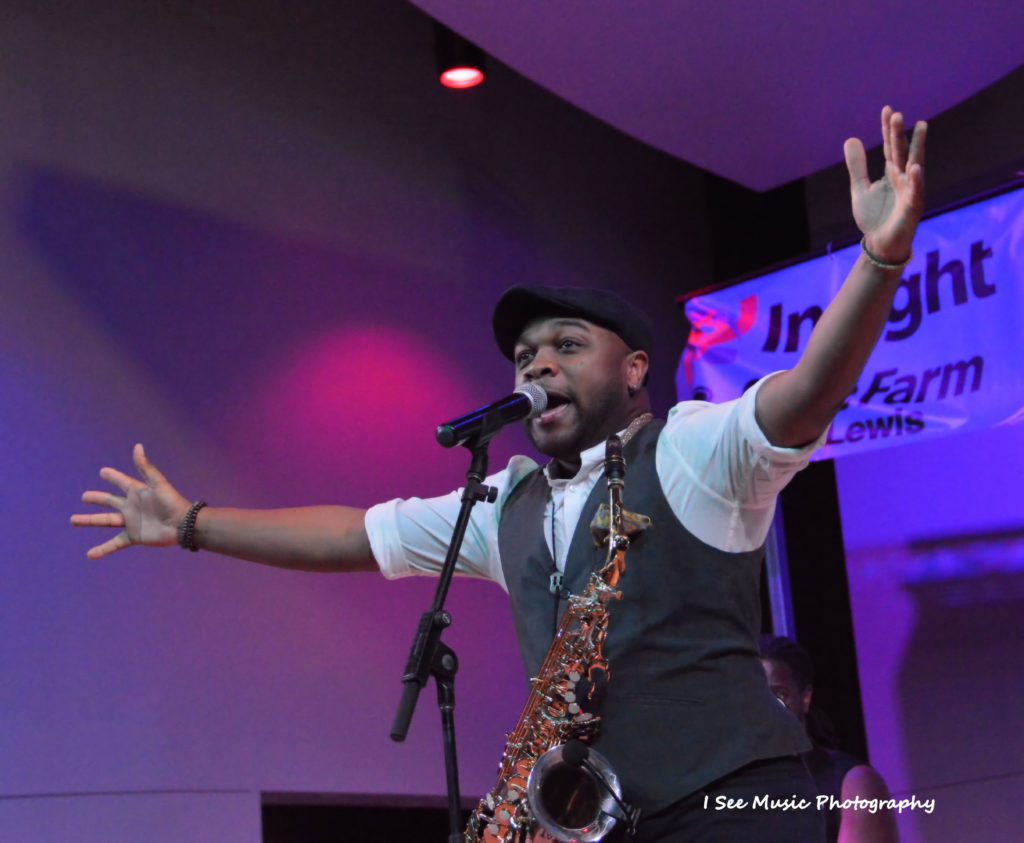 Marion County is known for its vast equestrian community, picturesque nature parks and sprawling golf courses. In fact, thousands journey from near and far each year to see some of the sights Ocala and Marion County have to offer. Yet, ask anyone and very few will say they come here for jazz. Until now that is.

Nicole Steward and Mike Powell, founders of the Jazz on the Green Tour, have patiently watched as their once humble event evolved from a gathering of a few hundred jazz enthusiasts to the world-class event it is expected to be this year.

“Our first event was in 2014. We had about 300 people at Jumbolair. This year we are expecting over 2,400 [people],” says Nicole. She explains that the first year Jazz on the Green hosted a few local artists and took place on the outside patio of Jumbolair. Although a nice inaugural event, both Nicole and Mike knew there was immense potential for growth.

“Jazz is magic,” says Nicole, noting that enthusiasts will often travel in search of a legitimate jazz event. The 2015 Jazz on the Green was a transition year for Mike and Nicole. The event was moved to the larger venue of Silver Springs and a spattering of national recording artists were invited. Attendance doubled as well. Thanks to rainy weather, the 2016 event was moved to the Reilly Arts Center and saw the likes of Eric Darius, the “King of Jazz,” as Nicole describes him, and acclaimed jazz artist Cindy Bradley. But this year’s event promises to take Jazz on the Green to a whole new level of entertainment.

“We always envisioned this to be a destination event,” says Mike. He and Nicole originally pictured Jazz on the Green as an international-quality event, with world-renowned performers and activities that would incorporate the entire city. But, as Mike explains, they had to wait until the event was established enough to host something on such a grand scale.

“We couldn’t start there; we had to get there,” he says when describing the 2017 venue, the Ocala Golf Club. “We always wanted to hold the concert on a golf course, hence the name ‘Jazz on the Green.’” But this year’s event will be more than a mere jazz concert on a golf course. The two-day event will offer activities in both Gainesville and Ocala.

“We wanted to bridge the gap between Gainesville and Ocala,” says Mike. “Years ago, the area was called ‘Gainesville-Ocala,’ but somewhere along the line the two cities separated and one became a college town and the other horse country. We want to showcase what each town has to offer in an effort to introduce the entire area to out-of-towners.”.

This year, day one of the event will take place in Gainesville and feature a wine tasting followed by a New Orleans-style Jazz Crawl to area pubs and eateries before finally settling at the Bo Diddley Plaza for what Nicole refers to as the “little concert.”

“I call it the ‘little concert,’ but it’s actually four hours long,” she says, noting the line-up of top jazz artists J White, Nathan Mitchell, The Chris Thomas Band and JJ Sansaverino. Following the “little concert,” the party will continue into the wee hours of the morning for a Jazz Bash in the downtown Gainesville area.

“It’s really going to be a great party with outstanding jazz music,” says Nicole. Day two’s activities are based in Ocala at the Ocala Golf Club and feature the second aspect of Mike’s original Jazz on the Green vision, a celebrity golf tournament.

“It’s always been on our radar to host a golf tournament, but ours is going to be a little different from the traditional setup,” says Mike. He explains that, although the tournament bears the word “celebrity,” anyone and everyone can both attend and play.

Mike says to think of the tournament as avehicle to meet and greet other jazz enthusiasts, professional athletes, UF alumni and more while getting in a round of golf on one of Ocala’s top courses. Following the tournament, the “big” concert will get underway featuring a number of international jazz superstars.

“People who don’t know anything about jazz can Google some of the artists we will have performing and they’ll be shocked,” says Nicole. Of course, our local talent will be performing as well.

“We are in our infancy as a jazz event, so it’s a bit overwhelming to have the likes of Kenny Lattimore and Nick Colionne performing on our stage. We have the Justin Timberlakes of jazz” she says. And although Jazz on the Green’s lineup, venue and itinerary are a large part of the draw for these world-class stars to venture to Central Florida, the event’s underlying purpose is what drives everyone involved to produce a bigger and better event each year.

“We consider ourselves a world-class musical experience with a purpose,” says Nicole. ”We all love jazz, but it’s always better when there’s a purpose behind what you do.” Jazz on the Green raises funds for various non-profit agencies benefitting children in the area.

“We allow other organizations to raise money by selling tickets to our event,” says Nicole, explaining that half the proceeds of the ticket sales will go to the non-profit organizations that sold them. In the past, organizations such as the PACE Center for Girls, West Port High School, Florida A&M University and various fraternities and sororities have benefitted from Jazz on the Green, as well as Nicole and Mike’s own organization, E=MC2, a mentoring program for kids.

“Our great love is education,” says Nicole, a former teacher of 15 years. Mike acted as the former director of admissions for the University of Florida.

“Mike does so much for kids; he has for years,” says Nicole. “I can’t afford to just write a check, but Jazz on the Green is something I can do to help raise money for these kids.” Through E=MC2, Mike and Nicole engage kids culturally by taking them to see shows, visit colleges and take part in sports like tennis or golf.

“It’s incredibly rewarding to see these kids grow as individuals. It makes all the work worth it,” says Nicole. And the evolution of Jazz on the Green has definitely been hard work.

“It’s been a struggle, but a good one, and this year will be big,” Nicole says. Aside from the international superstars, celebrity golf tournament and eclectic artist village, both venues will host after parties.

“It’s going to be like nothing else the Gaineseville-Ocala area has ever seen,” says Mike. He and Nicole hope this year’s event both introduces music lovers to the art of jazz, as well as bridges the gap between the “college town” and “horse country.” 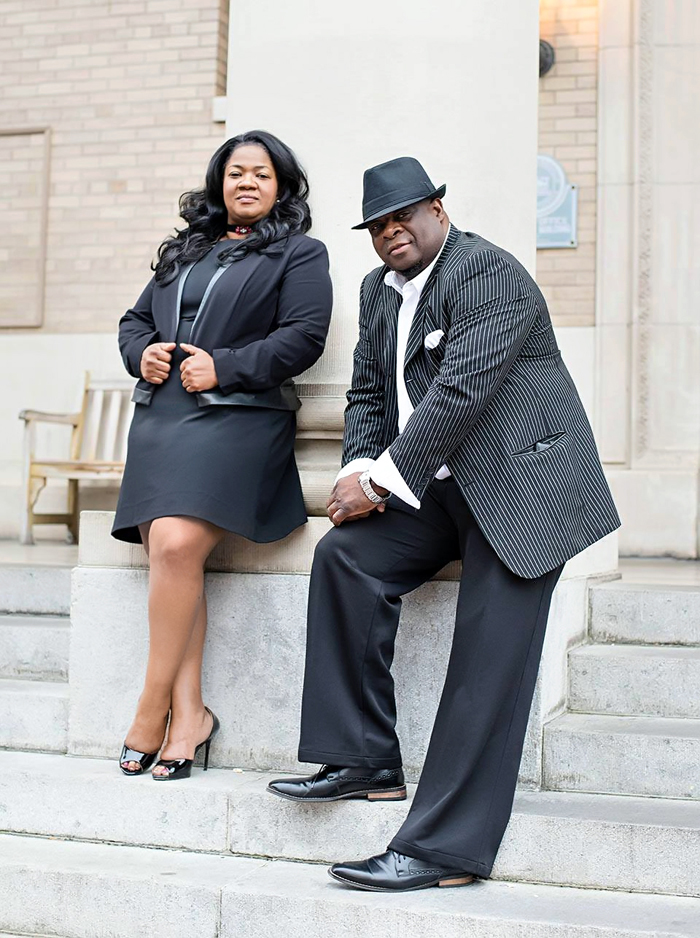 Mike and Nicole are first and foremost educators. In an effort to inspire younger generations, they have arranged a special firsthand introduction to the art of jazz for area kids. Artist in the Classroom Day will entail a tour of select schools in both Gainesville and Ocala where artists will meet with the students and discuss life as performers as well as a history of the genre.

“We wanted to help expose more kids to the art of jazz to see firsthand what it’s like to be a performer,” says Nicole. They hope to make Artist in the Classroom Day a regular component to the festival.

Get In (The Second) Line

On Friday evening in Gainesville, experience a parade rarely seen outside the French Quarter in New Orleans. The Second Line Band is deeply rooted in New Orleans’ tradition. Evolved from the city’s early “jazz funerals,” these colorful parades involve a brass band followed by a boisterous crowd complete with twirling parasols and brightly hued suits and sashes. The Jazz Crawl will take place beginning at 4pm and lead spectators to a number of area eateries and establishments throughout downtown. The final stop will be the Bo Diddley Plaza for the start of the jazz concert at 6pm.

The Who’s Who of Jazz

This year’s event is headlined by a number of jazz giants. 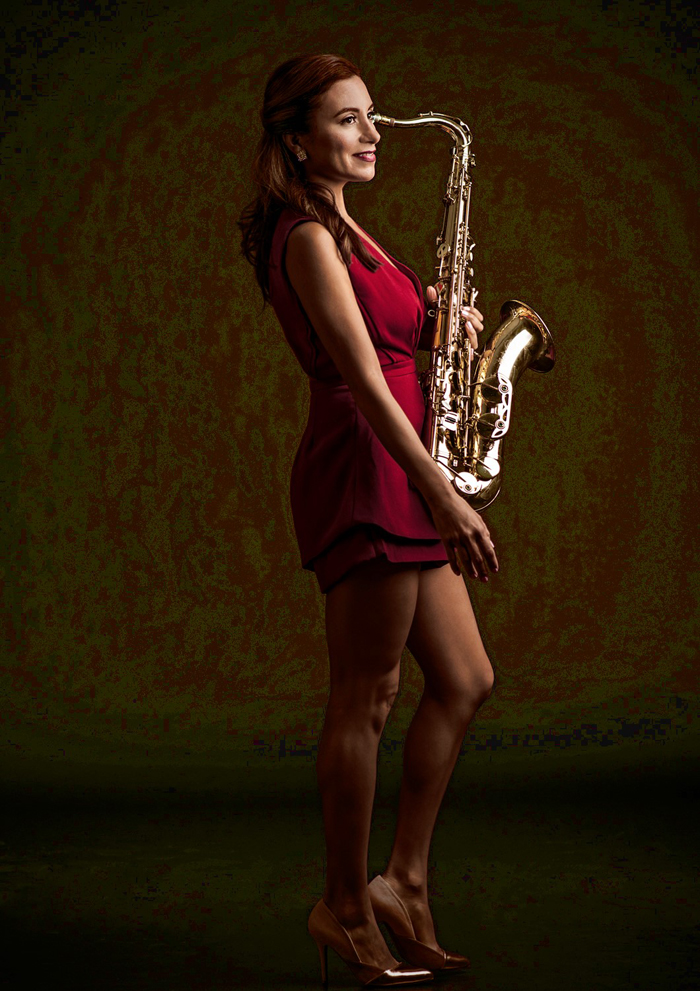 In addition to scoring back-to-back hits, including a No. 1 Song of the Year and No. 1 Billboard Contemporary Jazz Album, Jessy J has toured with smooth jazz greats like Jeff Lorber, Gerald Albright, Euge Groove and Peter White on several all-star Guitars & Saxes tours as well as her own solo concert tours. Jessy has also performed on American Idol, The Voice and Dancing With the Stars and was invited to work with Aerosmith on their 2012 album, Music From Another Dimension. She has worked in recording sessions with Michael Bublé and toured with Jessica Simpson, The Temptations and Michael Bolton. 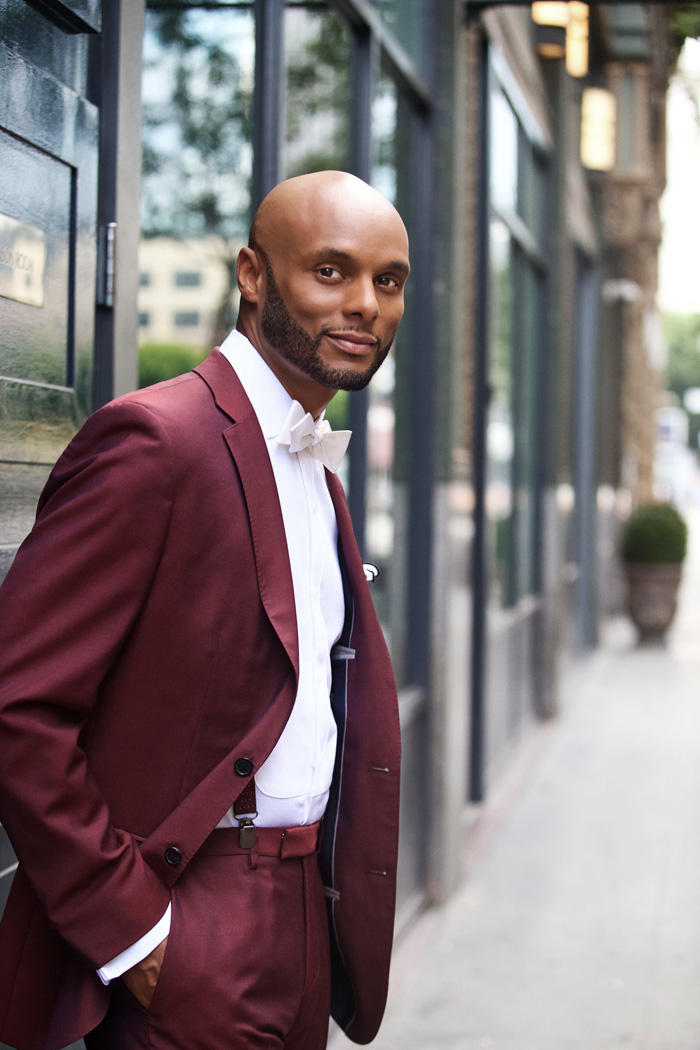 Kenny Lattimore’s debut album boasted a pair of Top 20 hits, including “Never Too Busy” and the Grammy-nominated wedding favorite “For You (Kenny Lattimore song).” The huge success of the album earned him a win for Best New Artist at the NAACP Image Awards in 1996 and eventually achieved Gold sales status. He followed up his debut with From the Soul of Man, another critically acclaimed set of soul music hits in 1998, yielding favorites like “Days Like This” and “If I Lose My Woman.” After a short hiatus, the singer re-emerged and released a more contemporary R&B album, Weekend. He is known for his dramatic stage shows, vocal agility and romantic ambiance. The New York Times hailed him as a “modern soul man” on stage. 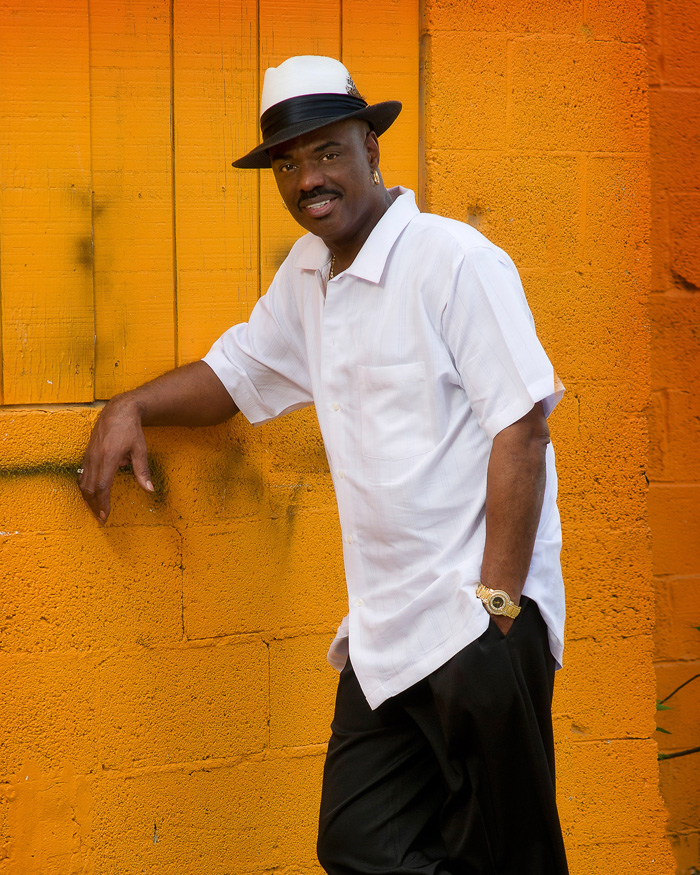 Since breaking through to contemporary urban jazz stardom in the early 2000s, Nick Colionne has been one of the genre´s most dynamic and tireless live performers, headlining hundreds of shows across the United States and Europe with his sizzling blend of jazz, R&B, funk, blues and soulful vocals. He was named Billboard´s No. 5 Artist of the Year for 2015. The title track and lead single from his most-recent album, The Journey, has earned a “No. 1 Most-Added” designation on iTunes and Billboard, and he quickly reached No. 1 on the Billboard Smooth Jazz and Groove Jazz Music charts. Nick has received numerous accolades throughout his career, including the 2007 International Instrumental Artist of the Year Award at the Wave Jazz Awards, Artist of the Year at the 2011 Rehoboth Beach Jazz Festival and Performer of the Year for Jazz Trax Jazz Festivals in 2010 and 2011.

Jazz on the Green

Bo Diddley Plaza, Gainesville on May 5  and the Ocala Golf Club on May 6

For a complete itinerary and lineup of performers, or to purchase tickets, visit the Jazz on the Green Facebook Page or jazzonthegreentour.com.