One of Ocala’s best-loved traditions will warm hearts throughout the holidays. 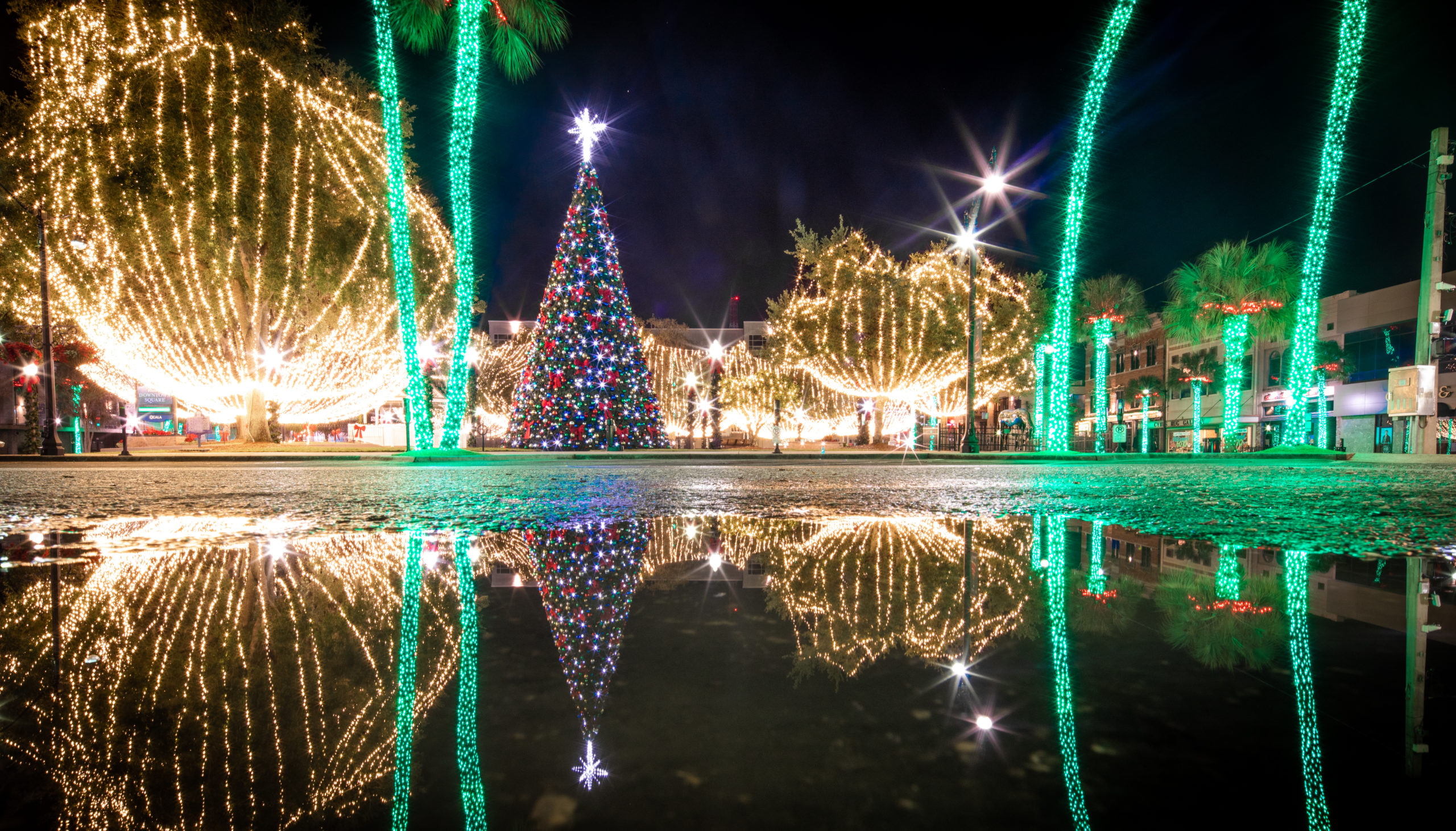 The iconic gazebo and streets all around downtown Ocala are enveloped in the festive glow of canopies of glittering lights, joyfully decorated Christmas trees and bright red bows. This Florida-style winter wonderland lends itself to selfies and late-night strolls. And it’s all part of the splendor of the beloved Light Up Ocala holiday tradition. While the official Light Up Ocala event is a once-a-year kickoff to the season—that took place on November 20th this year—all the work which goes into transforming the downtown area with a spectacular light show remains on display through the end of the year. Molly Butz and Amy Casaletto, administrators with Ocala Recreation and Parks, say that the Light Up Ocala kickoff event, during which a switch is flipped to illuminate all those lights, began in 1984.“The first official Light Up Ocala event was held on Friday, November 30th, 1984, from 6:30 until 9 pm,” says Casaletto, community special events manager. “That was the weekend after Thanksgiving—exactly 101 years and one day after the great fire that burned downtown Ocala on November 29th, 1883. It was hosted by the Downtown Development Commission and coordinated by Gail Collins. Mickey Melon, a child with muscular dystrophy, threw the switch that night.”It was in 1988 that the Recreation and Parks department took over the annual event. “That year, Special Olympics gold medalist Toni Marie Chillemi flipped the switch,” notes Casaletto.

Guest switch-flippers in the past have included Marion County’s own resident movie star family, the Travoltas. By 2001, it was taking two to three weeks to accomplish all the preparations for the spectacular light display. “In 2006, Ocala Electric Utility upgraded the electrical system to accommodate more lights as the trees on the square had grown over the years,” Casaletto explains. “In 2010, the 50-foot-tall Christmas tree first debuted.” The most challenging aspect of Light Up Ocala is adjusting the event as downtown grows. “As new business comes downtown and sidewalk or road improvements occur, the event shifts and conforms to the ever-changing landscape,” shares Casaletto, “which can be quite a challenge when determining logistics for vendor placement or performance space and, of course, parking.”

Those who have been downtown for Light Up Ocala in the past few years will not be surprised that crowd estimates range from 25,000 to 30,000 giddy celebrants enjoying the lights, entertainment and vendor offerings. Last year, the pandemic cast a pall on the festivities, but the lights still came on and people could attend smaller events through the holidays. “Yes, the public still came out to enjoy seeing downtown Ocala decorated with lights,” Casaletto recalls. “Ocala Recreation and Parks installed several holiday photo ops around the area to encourage the public to come out, snap some selfies and enjoy the lights in a safe, socially-distanced manner.

Citizens were encouraged to use #GlowOcala for the photo ops. The photo ops will be making an appearance again this year and will remain out through the holidays.” So get your camera ready and head downtown to relish the festive atmosphere and find one more reason to love this special place we call home.