You may be surprised to learn some of the history behind the Meleagris gallopavo. 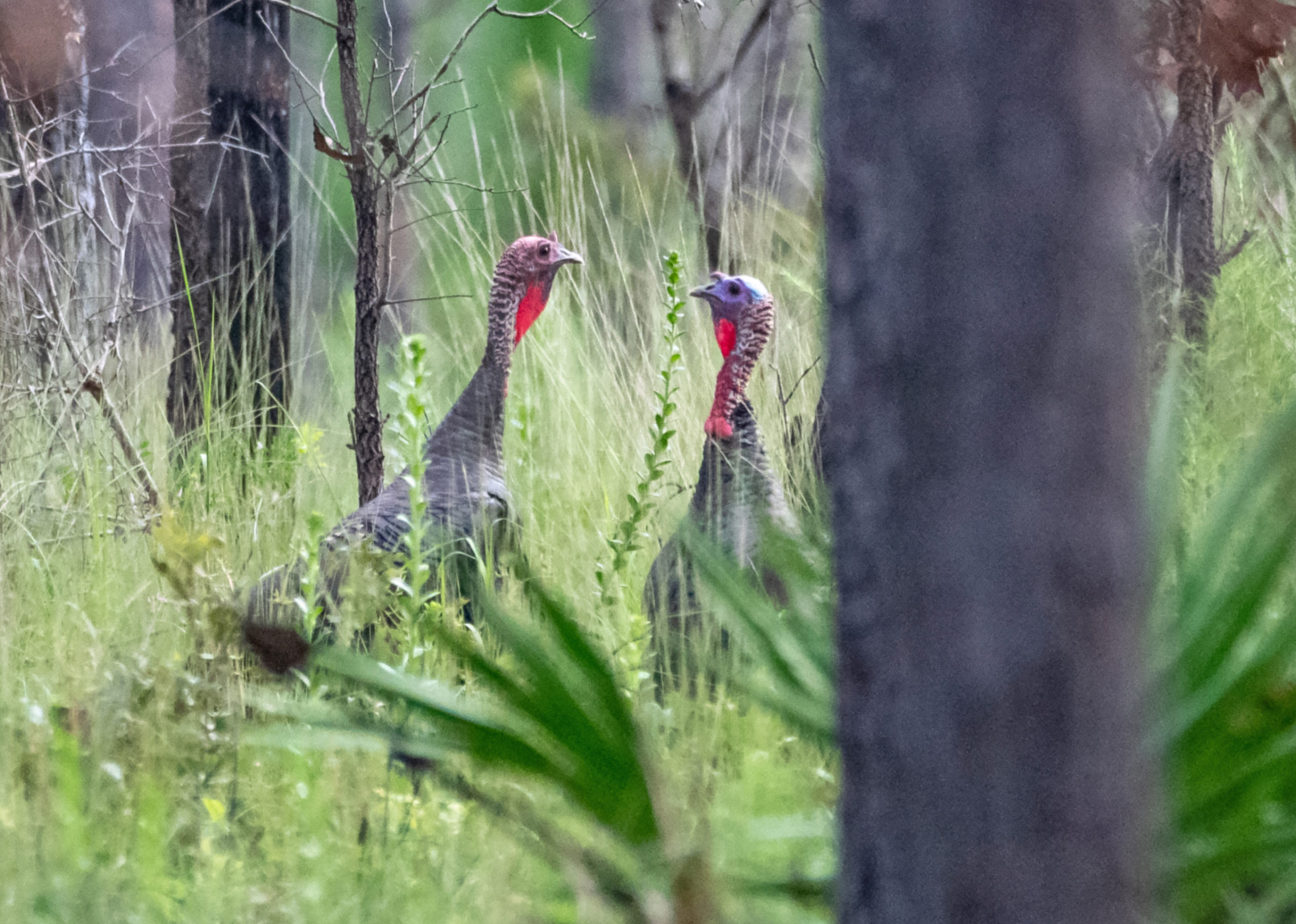 The Silver River Museum & Environmental Education Center inside Silver Springs State Park sits in a sprawling campus that includes and is surrounded by a deep and natural landscape. From towering pines and oaks, to palmetto thickets and dense scrub, the environment continues to be home to an abundance of wildlife.

You can imagine the attraction this flora holds, both now and in years past, for a variety of animals and birds such as wild turkeys, including the ones in the photo above, which was taken inside the park.

Each year during the holiday season, dinner tables across the United States feature a longtime favorite, the tasty turkey. As a main entrée for many feasts, one would think that turkey is about as traditional as it gets. There is, however, much more to the grocery store-bought turkey than most people know. 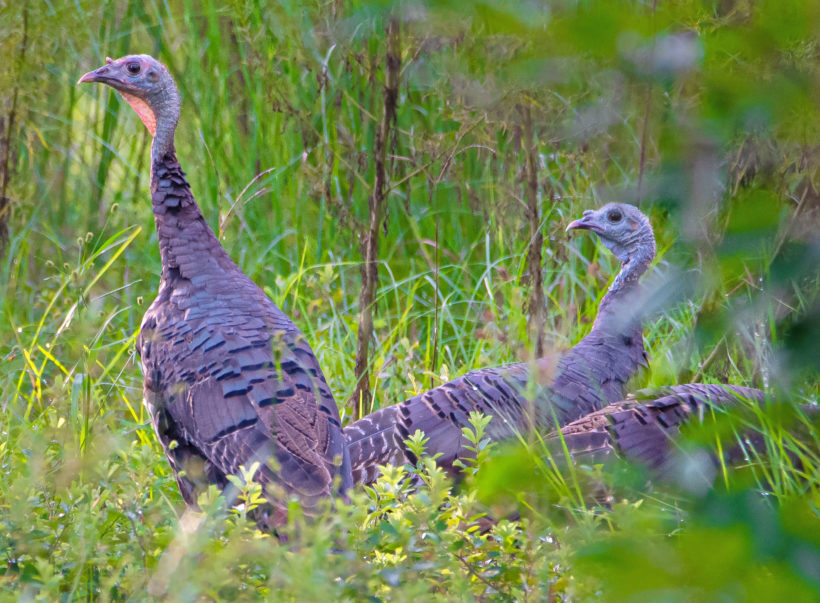 Our holiday birds have taken a winding path that spans two continents and involves crossing the Atlantic Ocean twice. There are now both wild turkeys and domestic turkeys, but it has not always been so.

There currently are five subspecies of the North American Wild Turkey: the Eastern, Merriam’s, Rio Grande, Gould’s and Osceola. Each variety lives in different regions, spanning from Mexico north across the U.S.

The Osceola is limited to Florida and is a beautiful yet cagey bird. The wild turkey is enjoyed by birders and hunters alike and even made the short list for our national symbol during our nation’s founding (nominated by Ben Franklin but bumped by the bald eagle).

Archaeological finds, genetic analysis of ancient turkey bones and dusty historic accounts from early Spanish explorers and priests indicate there were several more subspecies that no longer exist. These same scientific clues also link our holiday turkeys to one of the ancient extinct varieties (sort of like our small lap dogs’ connection to the wolf).

Based on all this sleuthing, we know that turkeys were domesticated about 2,000 years ago by Native American people in two different areas of North America: the four corners region by the Anasazi (presently comprising southeastern Utah, northeastern Arizona, northwestern New Mexico and southwestern Colorado) and in Southern Mexico by the Aztec. Native farmers kept the birds for both their meat and their feathers.

Although Hopi and Zuni people still live in the Southwest, the Anasazi turkey eventually became extinct as those cultures were impacted by the arrival of outsiders from Spain and elsewhere. The Aztec variety, however, made an impression on Spanish conquistadors. Some of these birds were brought back to Spain during the 1500s and 1600s, where they were further domesticated. These birds quickly ended up in barnyards across Europe.

While the first English Pilgrims who arrived in what is now Cape Cod in 1620 may not have enjoyed turkey for their first Thanksgiving feast, it was not long before the domesticated Aztec-Spanish-English turkey made its way back across the Atlantic. By the time of the American Revolution, turkeys would have been a common sight on an American farm or dinner table. 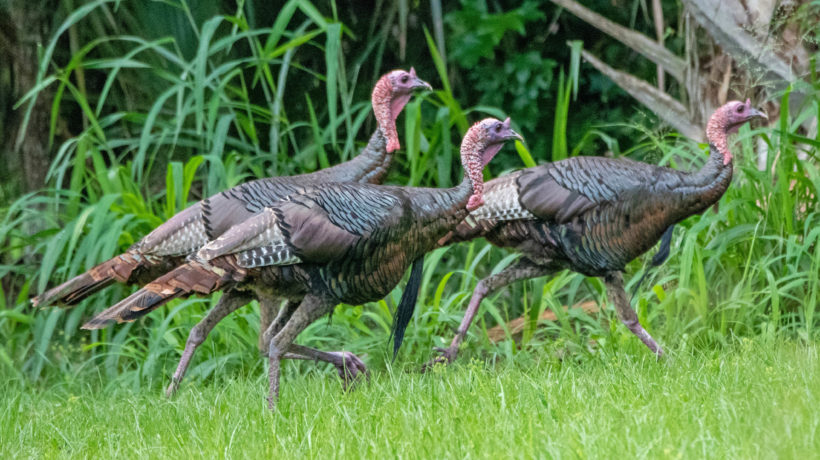 And, even now, the wild ones continue to roam the woods and marshes of our own beloved state park. OS