As a child in Guatemala, Dr. Nativo, whose real name is Juan Martinez, was immersed in music. His father, Arturo Martinez, was a musician and DJ, so the influence was inevitable. 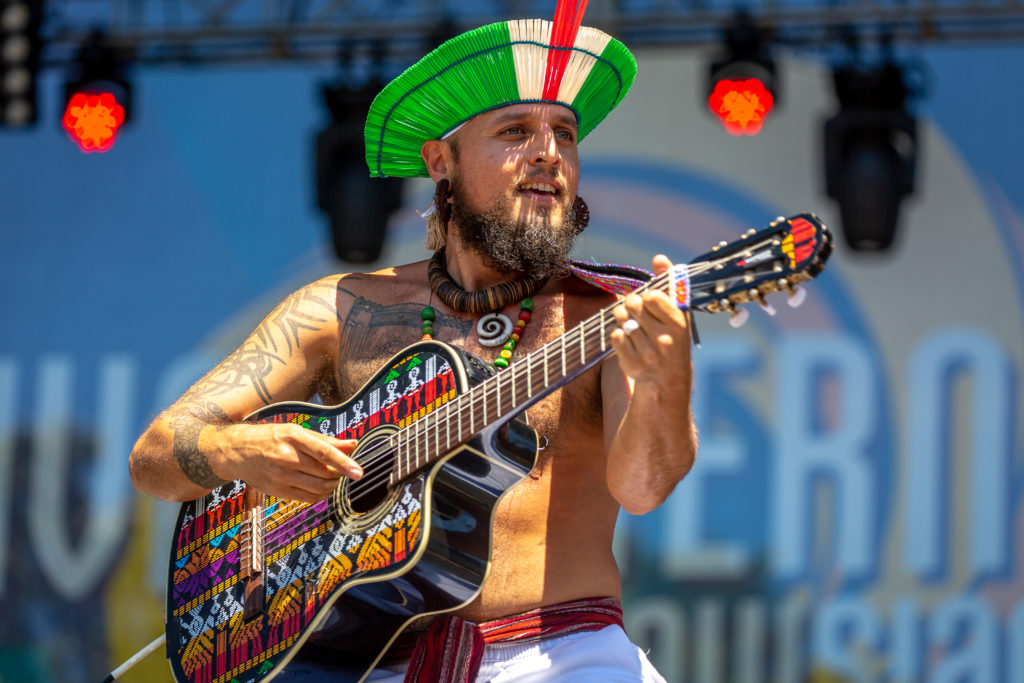 But, in 1990 Arturo Martinez was killed during the Guatemalan Civil War.

This loss and the brutal realities of war lead Dr. Nativo to leave home at a young age and pursue life as a traveling musician. His Mayan-Reggae-Cumbia music combines the deep messages of social activism with an awareness for the spiritual nature of dancing.

Dr. Nativo will grace the Levitt AMP stage this Friday, June 7 with the second installment of this year’s free concert series. Nino Castandeda will open the concert at 6pm. Dr. Nativo spoke to Ocala Style Magazine earlier this week.

OS: Your music has been described as “a party with purpose.” Can you elaborate on this concept?

Dr. Nativo: My music is the kind of music that you would associate with a big party. But, once people are dancing, they start listening to what I’m saying and realize that there is serious content behind the dance hall including spirituality, social justice, ancestral knowledge and global consciousness.

OS: Music and storytelling go hand in hand for you. [The single “Minorias” was inspired by Claudia Gomez, a 19-year-old woman from Guatemala who was allegedly killed by a U.S. Customs and Border Protection officer last year during her emigration to the United States.] How do you think music heals during turbulent times?

Dr. Nativo: Music has the power to heal at all times, depending on the intentions behind it, especially in turbulent times, by giving a voice of empowerment to victims of oppression and violence.

OS: Who are some of your favorite musical influences—musicians who made you think “I want to do that?”

OS: What do you love most about your audiences? What energizes you during your performances?

Dr. Nativo: What I love the most about my audiences is that no matter where in the world I’m performing or what language they speak, they can feel the rhythm and relate to the music. For me, performing is a lifestyle that I have practiced since I was a little boy. So my energy is always 100 percent at every show no matter how many people are watching or the environmental conditions.

Presented by the City of Ocala and Marion Cultural Alliance, the Levitt AMP Ocala Music Series brings free concerts to the Martin Luther King Jr Recreational Complex’s Webb Field every Friday now through August 2. Each event will also feature food trucks and vendors, craft and nonprofit booths, and beer and wine for sale. The Summer Break Spot will provide free dinners for those 18 and under in attendance, and each concert spotlights a local nonprofit organization.