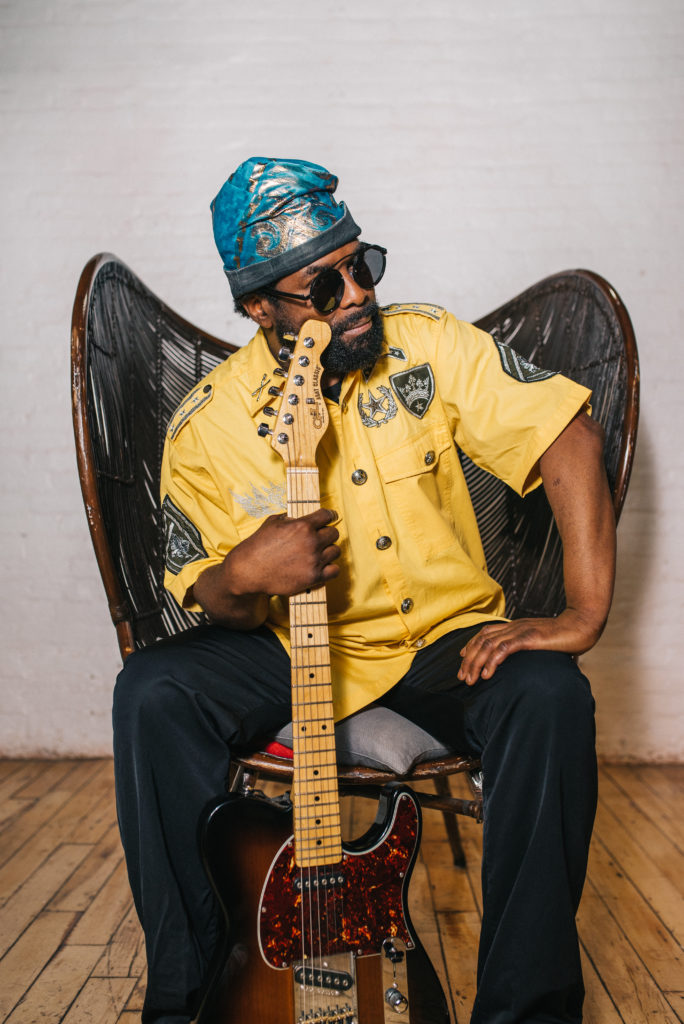 Kaleta (whose real name is Leon Ligan-Majek), an Afrobeat musician and vocalist, a musical fusion emerged. Kaleta was originally slated to sing as a guest vocalist, but everyone hit it off so well that they began writing and performing together as a newly formed group.

The band will headline the final concert of the Levitt AMP Ocala music series on Friday.

OS: For those who don’t know what Afro-funk is, how would you explain it to them?

Joseph Yount: Afro-funk genre is mainly going to be from the early 1970s. There were a lot of bands from West Africa that were checking out music from the states, James Brown, Jimi Hendrix, and they sort of put their own spin on it and obviously integrated a lot of their traditional rhythms. We had always been checking out music from Nigeria and Ghana for the funky, funky stuff. That’s how we got hip to that.

OS: You guys have crafted a unique energy and blend together nicely. How many members are there and what’s it like to have so many members?

Joseph Yount: We tour with seven musicians and sometimes in New York we’ll have eight or nine if it’s a bigger show. Sometimes in the studio we’ll have more. But, it’s mostly a seven-piece group, which seems big, but it’s actually on the small side for an Afrobeat band. A lot of Afrobeat bands that are touring will have 10 or 12 or more musicians. It helps to have some of our guys play more than one instrument. Our horn players do a lot—they play keyboards, percussion. It creates this giant energy and makes it sound really big but without 20 people on the stage.

OS: Your debut album is coming out. Is that slated for September release?

Joseph Yount: Yeah, the album, which is called Medaho, comes out September 6th on Ubiquity Records and will be available online and also in CD and vinyl format. It was a really interesting process, but we really like how it came together. We’re really excited about it.

OS: How would you describe the vibe at outside festivals? Is there a different feel when you play the various venues?

Joseph Yount: It’s awesome. We always look forward to playing outdoor shows, especially in the summer. It’s nice to be outside and get out of the club. But it all depends—club shows are great. We’ve always been good at adapting to smaller or bigger stages and we try to bring a lot of energy no matter what. We think of ourselves as a dance band and a party band and we’re always trying to get the crowd to go crazy. It’s kind of like our goal.

Presented by the City of Ocala in partnership with The Marion Cultural Alliance, the Levitt AMP Ocala Music Series brings free concerts to the Martin Luther King Jr Recreational Complex’s Webb Field every Friday through August 2. Each event will also feature food trucks and vendors, craft and nonprofit booths, and beer and wine for sale. The Summer Break Spot will provide free dinners for those 18 and under in attendance, and each concert spotlights a local nonprofit organization.