Modern, Danceable, Glam-Indie Rock On Tap For This Friday’s Concert

Julia Lauren Bullock, frontwoman of The Foxies, credits her father as one of her greatest musical influences. He played Ozzy Osbourne and KISS throughout the house and, while growing up, she watched her dad perform in garage bands. That’s when a spark fired inside of her and she realized her musical destiny. 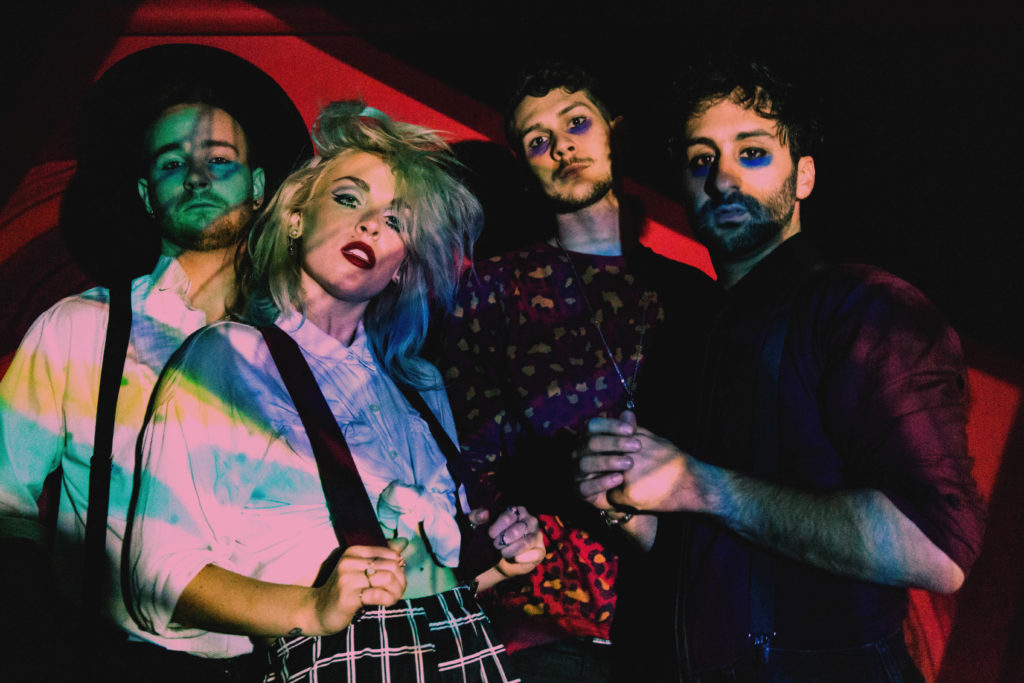 Julia spoke to OS by phone from Nashville, Tennessee.

OS: Let’s talk about the name a little bit.

Julia Lauren: Yea, so, it’s kind of funny. I started The Foxies in 2014 and it wasn’t The Foxies at that moment—it was a solo project called Body Talk. And I am so glad that did not get a vote or a thumbs-up [laughing]. I went through my Spotify and saw the late ‘70s song Fox on the Run and I thought ‘OK, I can deal with fox… something foxie.’ And that’s how it was created.

OS: What are some of your favorite live shows or artists you’ve seen live and how did those impact you?

Julia: When I was younger, it was always Green Day. I loved how they performed and I just loved how he gave no f—s. He just did Billy Joe.

I’ve never seen Blondie live, but I always watched videos of her and she’s a huge influence of mine just because she’s a cool-ass chick. I’d say movement-wise, it would definitely be Scott Weiland [Stone Temple Pilots]. My dad hooked me on him at a very young age.

OS: You’ve played Bonnaroo, but what have been some other highlights for you guys?

Julia: Every year there’s a big marker for us. The first year that we started playing together as a full band we did SXSW and that was really cool. It was a blast. It was difficult and very, very trying, but a lot of fun. The next year we did Sundance, which was really cool. Bonnaroo, definitely a big, big one for us. We played Denver Day of Rock this past month. We’ve just been doing a lot of festivals and it’s kind of becoming our baby step into the festival season for next year and we’re just really, really stoked for that.

OS: Who do you typically see in your audience?

Julia: It’s very eclectic and that’s the biggest thing we’re trying to urge. We want The Foxies’ show to be an all-welcome, safe place for anyone; we want anybody to enjoy it. I saw an 8-year-old in the crowd and then a 90-year-old man in the back rocking out. I’m just like, ‘Hey, this is rad!’ All walks of life, ya know?