In order to be her authentic artist self, Tonina, whose real name is Tonina Saputo, had to first conform to the industry’s expectations. But, after studying music and performing professionally for a year in Valencia, Spain, Tonina shed that conformity and cemented herself as an independent musician. 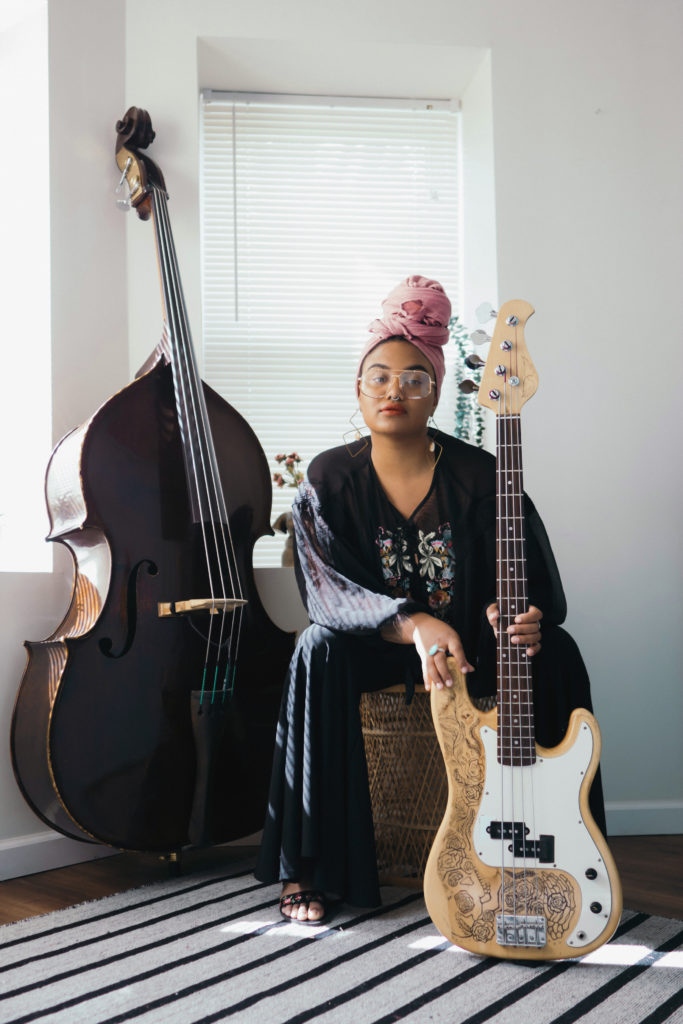 She dips into a variety of genres, including jazz, funk and soul and sings in both English and Spanish. But, she also merges genres, creating a hybrid of melodies and compositions that can’t quite be classified.

The artist, named as one of NPR’s favorite new artists of 2018, will headline the fifth installment of this year’s Levitt AMP Music Series this Friday, with Miranda Madison opening the show at 6 pm.

Tonina spoke by phone from her home in St. Louis, Missouri.

OS: There’s a mix of influences in your sound. Who were some of your favorites growing up?

Tonina: I would say Fleetwood Mac, Smokey Robinson, anything Motown, for real. Lauryn Hill. I really loved Selena, she influenced my Spanish.

OS: You’re fluent in and sing in Spanish. How did that come about?

Tonina: My dad taught me Spanish and played a lot of Cuban jazz records. I would learn those lyrics. Learning a lot of boleros and old Cuban songs and Tejano music, that was playing a lot in my household.

Tonina: I feel like it’s better than winning a Grammy. I would love to meet him one day, just to be like, “Thank you so much.”

OS: In what ways do you think Berklee [College of Music in Boston] shaped you musically?

Tonina: Prior to Berklee, I felt like I had to be this one version of a bass player and singer. It wasn’t until I went to Valencia that I discovered myself as an artist. When I came back, I said, ‘Eff it, I’m just gonna do me and not have any boundaries.’ I don’t need to define it and that’s why I have such a hard time trying to state a music genre.

OS: Can you talk about your newest album St. Lost?

Tonina: It’s my second independent album. I released a very low-fi, hip-hop album back in freshman year of college. St. Lost is all my songs, produced by me, all my musicians that I hand picked. It was nice to not be controlled or have anyone tell me who should be playing my music. That was really nice. And it’s all my friends and it’s all out of St. Louis, so it was really special to me.