AdventHealth Ocala’s Chief Medical Officer Dr. Michael Torres is living his best life sharing quality time with members of his extended family and many friends, and by remaining committed to continuing his pursuit of knowledge. 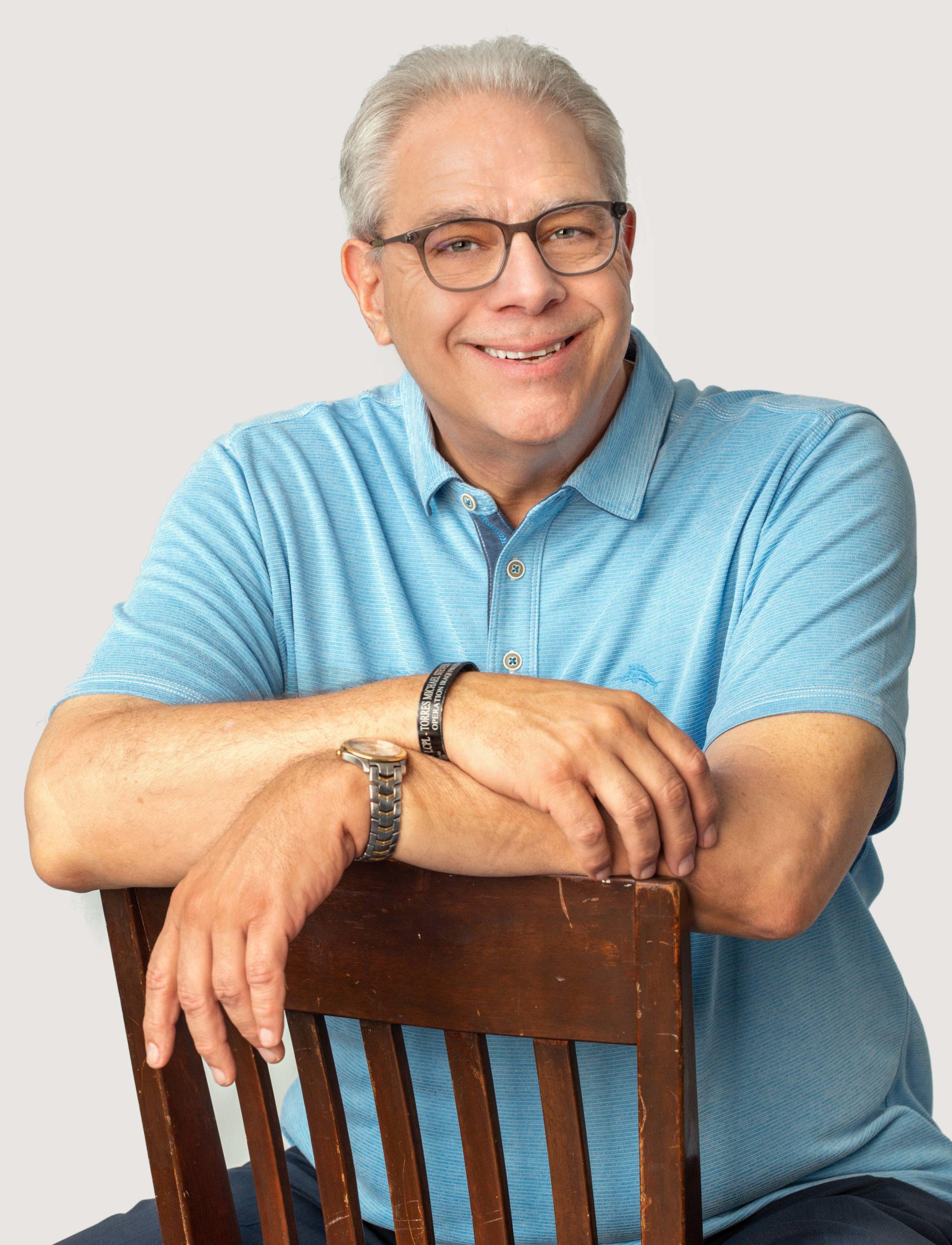 Dr. Michael Torres’ resume reads like a manual for how to be a successful leader, physician, military officer, business person and strategic planner.

He also is a devoted father and grandfather, avid reader, musician  and nature lover.

Torres , 65, has a deep background in medical management and leadership. He has served with the U.S. Marine Corps, U.S. Air Force, Air Force Reserve and Air National Guard, and retired with the rank of colonel. As a business owner, he oversaw corporations dealing with hospital staffing, occupational medicine and billing services. In addition to obtaining his doctor of medicine from Spartan Health Sciences University and master’s in business administration from Touro University International, he has certifications from the University of Michigan College of Engineering, Air War College, National Board of Medical Examiners, American Board of Family Medicine and is a fellow with the American Association for Physician Leadership and American Board of Quality Assurance and Utilization Review Physicians.

Since he came to AdventHealth Ocala in 2018, he had led numerous efforts to enhance the safety measures and quality of care provided to the community.

“I’m committed to the job I have to do, and I get up every day passionate about making sure that we provide safe care in a way that meets the needs of every patient,” he says, “and we do it in a way that medical science evidence says is the right thing to do.”

“His leadership has been indispensable as AdventHealth continues to elevate the quality of care provided to our community,” offers AdventHealth Ocala President and CEO Joe Johnson. “From physician engagement and communication, to partnering with our nursing leadership team on accountabilities and benchmarks, he has brought the drive and discipline necessary to ensure our teams are effectively working together to provide the best care possible for our patients.”

Torres was born in Miami and joined the Marine Corps fresh out of high school.

“From there, I have been all over the world,” he shares. “I did come back to Florida, but not Miami. This was the 1970s and Vietnam had ended and a lot of us from active duty were placed into the reserves. I got a job in a fire department in Broward County. I learned that EMTs made 5 percent more than firefighters and paramedics made another 10 percent more than the EMTs, so I became an EMT and paramedic because I needed the money—and then I fell in love with medicine.”

In the military and with the fire department, Torres took opportunities to engage in leadership roles. He started medical school in 1982. He finished in three years and began a residency in family medicine in Buffalo, New York.

“I obtained my license in 1986 and I was subject to recall as a Marine so I took a commission as a medical officer in the Air Force Reserve and joined the Air National Guard,” he recalls. “I finished my residency and started working as a civilian physician, continuing my time in the military reserve, and took advantage of opportunities to go active duty. I was activated for Desert Storm. As I gained rank, more and more leadership roles were offered to me. I commanded a unit outside of Detroit, a unit at Niagara Falls and a facility in Maryland. I was the deputy chief for aerospace medicine for the Air Force Reserve. When I was the command surgeon for 22nd Air Force in Marietta, Georgia, at Dobbins Air Reserve Base, I was responsible for 31 medical facilities at 17 bases in 13 states, in addition to my medical practice.”

“I’ve done all kinds of crazy things in my military career. I have jumped out of perfectly good airplanes. I have flown in fighter jets as a flight surgeon. I have ejected from a fighter jet that was damaged by Canada geese,” he shares. “With the role of a flight surgeon, you are the primary doctor to a group of aviators and their families. You have to do the things they do so you can understand the stressors of their job. If they fly in high-performance aircraft, you fly in high-performance aircraft. If they jump out of airplanes, you jump out of airplanes. I never did those things because I wanted the adrenalin rush but because I was committed to the job I had to do.”

“Dr. Torres inspires and coaches leaders to reach their full potential,” Johnson notes. “He challenges them through his own unique style of care and compassion, guided by disciplined decision making.”

Torres came to Ocala at the behest of Johnson, with whom he had previously worked in Tampa.

“He called and said ‘I need a strong chief medical officer; would you be interested in moving to Ocala?’” Torres notes. “I said yes.”

The doctor says he likes working in Ocala, and the people.

In his rare downtime, Torres still plays the accordion, which he started playing at the age of 5. He also plays piano. He says he paid for college by working as a professional musician in Miami. He loves all “all kinds of music. Everything from rap to Bartok and anything in between. My favorite is jazz and I love instrumental guitar. I’ve constantly got music on.”

He says he is a “voracious” reader and has a listening library of about 400 books.

“I love to read to learn,” he affirms.

“I’m not a big television series person,” he shares, “but I’ll watch movies and I like action films to go along with my military background, but also romantic comedies. I am a Hallmark Channel junkie.”

He has an extended family that includes children, grandchildren and stepchildren. His son, Marine Lance Cpl. Michael  Torres, was killed in Iraq in 2004.

One of Torres’ stepdaughters is an artist and has an art gallery. He laments his own lack of artistic talent but then relates a conversation he had with her.

“I said, ‘I wish I had your talent. I can’t draw stick figures and make them look like anything.’ And she said, ‘No, no. I shadowed you in the emergency department and I watched you put somebody’s face back together. You knew how to put muscle to muscle and all the different layers, and I was watching you and realizing I was watching an artist.’”

Torres is amiable and known for his wit.

“He is a consummate storyteller, providing his audience with entertaining tales filled with nuggets of life lessons along the way,” Johnson shares. “He inspires those around him to reach for excellence. Whether he is speaking to a team member or a physician, he can tailor his message to their interests and strengths while keeping our mission top of mind.”

Torres says that as the chief medical officer of AdventHealth Ocala, he is responsible for “quality, patient safety and risk management.”

“I also provide oversight to the laboratory and pharmacy. I’m responsible for medical staff services—that includes making sure the doctor taking care of you is competent and qualified to do so. I track the performance of every individual who is granted privilege to do something to you as a human being in our hospital.”

He says he is “into making sure that we provide the type of care to the patients that they deserve.”

“I believe every human being is qualified to make a judgment on whether or not the caring they received was adequate, was acceptable. As a doctor, I’m qualified to judge the care rendered by another doctor. As a non-doctor, you don’t have the, not to sound antagonistic, you don’t have the education, training, experience and background to determine whether the doctor tied the knot correctly when they were putting in a stitch, but you will know if the doctor treated you caringly,” he explains. “I am happiest when I am making sure we have that safe, evidence-based, patient-centered care.”

Many in the community still refer to AdventHealth Ocala as “Munroe” hospital, which was the name given to the facility in the early 1900s in honor of T.T. Munroe, a banker who led the effort to expand the hospital near its current site. Over time, the public hospital, called Munroe Regional Medical Center, or MRMC, grew into a nationally recognized healthcare facility but struggled financially at the turn of this century. In 2012, Marion County voters rejected a tax to help raise $65 million to keep MRMC funded. Two years later, Community Health Systems (CHS) took over operations under a 40-year lease agreement with the Marion County Hospital District, which continues to own the hospital and land. In 2018, CHS sold the lease to operate MRMC to AdventHealth, a Seventh-day Adventist nonprofit health system.

“Our mission as a health system is to extend the healing ministry of Christ,” Torres states. “We have four behavioral standards we live by. 1) Keep me safe. 2) Make it easy. We’re not going to try to complicate your life with 27 sets of forms. We’re going to make it easy with one set of forms. 3) Love me. We need to treat you like we love you because we are told by the God we believe in, love all like you love God. The last is an acknowledgment that we are human. When you make an error, when you fall down, own it. We are all going to make mistakes. When we do, we have to own it, which means admitting you were wrong. Take ownership of the error and say, ‘What can I do to make it right?’

For those considering a career in healthcare, Torres says you need to love what you are doing and commit to being a lifelong learner.