The Live Oak International Combined Driving & Show Jumping event is slated for March 15-18. Do you have your ticket? 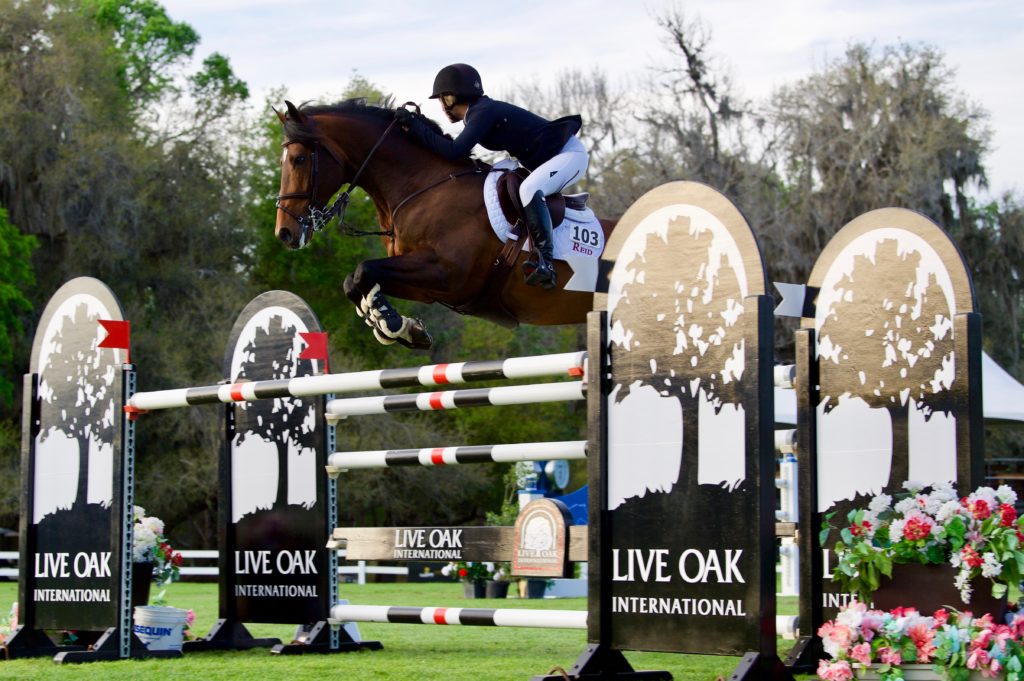 Living up to its name, the 2018 Live Oak International Combined Driving & Show Jumping event will host competitors from 20 nations. The annual show, now in its 27th year, takes place at Charlotte Weber’s Ocala-based Live Oak Stud, one of the premier thoroughbred operations in the country.

For the third year in a row, LOI will host the USEF Combined Driving Advanced Four-In-Hand Horse National Championships. But for the first time, national driving champions will also be named in the USEF Intermediate divisions of Single Pony, Pair Pony, Pony Team, Single Horse, Pair Horse and Four-In-Hand Horse.

“We are honored to again host the Advanced Four-In-Hand National Championship, and we are excited to welcome competitors in the new USEF Intermediate championship divisions,” says Chester Weber, LOI co-president and a 14-time USEF Four-In-Hand champion. “We look forward to welcoming leading drivers, horses, trainers and coaches from all over the world.”

In Combined Driving competition, horses and drivers compete in three phases of dressage, cross-country marathon and obstacles. In dressage, the driver takes his horse(s) through a prescribed sequence of movements test in an arena. Tackling challenging obstacles at high speed through a course of open fields and woods makes the cross-country marathon a crowd pleaser. In the obstacle phase, drivers must negotiate designated patterns through cones in the fastest time possible without knocking down any cones.

In 2012, Weber and his sister, Juliet W. Reid, who is also LOI co-president, collaborated to add show jumping to the event. This integration made LOI the only equine competition to feature both combined driving and show jumping.

This year’s show jumping competition will offer four events, including the $100,000 Longines FEI World Cup Jumping Qualifier Grand Prix. This event is the final chance for competitors to qualify for the International Indoor Show Jumping Championship in Paris, France.

“We are very proud of how the event has grown to showcase sportsmanship at the highest level,” says Weber. “And we’re equally proud that it has become a major community event.”