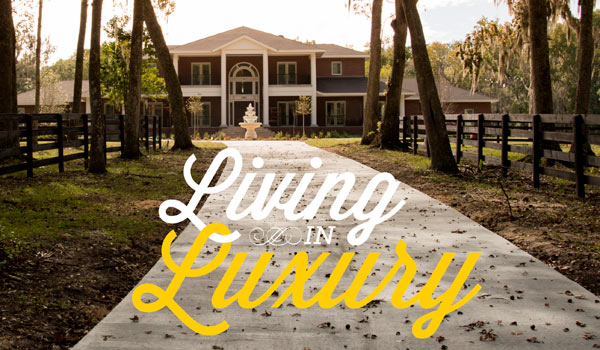 When you have a luxurious home built by Carl Heise, you’re getting far more than a one-of-a-kind place to live. You’re getting a personal relationship and attention to detail that is unsurpassed. You’re also getting peace of mind that your investment and shelter is of the highest quality.

Carl Heise is a perfectionist and it shows in his work. The sprawling 24,000-square-foot Fakhoury home in Ocala is a testament to that. The home features breathtaking detail at every turn.

“Carl Heise is an extraordinary builder who takes great pride in his projects,” says Dr. Riadh Fakhoury. “He never rushes the homeowners but instead allows them to develop their dream home to its fullest potential. He truly is an accomplished builder, patient and very hands on. His attention to detail is immaculate, producing one home at a time, lasting a lifetime. Manal and I highly recommend Carl Heise as a builder extraordinaire.” Perhaps Dr. Fakhoury describes Carl best—a builder extraordinaire. A luxury home is far more than four walls and a roof. The materials, moldings and creative architectural elements are what set a Heise home apart.

It’s Carl’s attention to detail and unique approach perspective that makes him such a successful builder. He often thinks like an engineer and comes up with suggestions and solutions that are special to every home he builds. As an example on a current project, a 15,000-square-foot home in south Ocala for Chad and Monica Haufler, the owners didn’t want visible gutters but understood the necessity of drawing water away from their home. Carl developed a system of intakes around the perimeter of the home in order to channel any rain runoff away from the house and its foundation. Those channels are what feed a nicely landscaped pond on the property.

“Carl goes above and beyond,” Monica says. “He brings to your job a background that makes him knowledgeable in all the different aspects of construction. For example, Carl altered our truss design giving us an incredible amount of stand-up attic space and allowed for a larger closet for one of my sons. He doesn’t just build a home from the blueprint, he analyzes the construction, making sure your home is built the best it can be. Carl maintains a clean job site and earns respect from his subcontractors.

Monica adds that Carl’s efforts to smoothly coordinate every detail of their home while also working closely with interior decorator Carolyn Jennings has been exceptional, placing him at the top of his class for estate home builders. 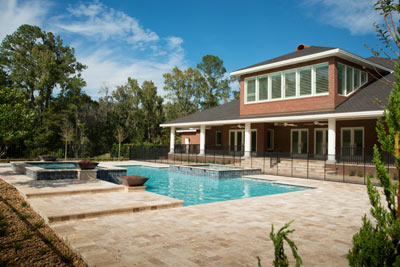 “Our relationship quickly evolved from a professional relationship to that of a trusted friend.We have already recommended Carl to family and friends and will continue to do so.

A United States Air Force veteran, Carl began his contracting career in the early 1980s as a subcontractor, supervising his own framing crews and providing his own master carpentry skills to any job when needed. With also an artist’s eye, Carl can skillfully craft just about anything out of a few pieces of wood. He’s completed intricate bars, elaborate cabinets and doors, and even a one-of-a-kind sauna. Fortunately for anyone who has worked with Carl, his skill set doesn’t stop there. From all phases of construction, his experience is immense and among the best of his peers.

“Carl’s in-depth experience with carpentry, mechanical knowledge and all other elements that go into home building are unsurpassed in my opinion,” says Lance Hill, Carl’s brother-in-law and business partner. “I feel like an understudy to Carl, and I don’t mind saying that! I don’t know of anyone that emphasizes attention to detail more so than Carl.” Both licensed contractors, the pair often found themselves “talking shop” at family get-togethers. Soon it was decided to pool their resources and work together.

Of course, high-end homes aren’t the only specialty for the Heise-Hill team. They have experience with all facilities that go along with farm or ranch operations, from barns to training areas, plus airplane hangars, medical and other professional offices, as well as any and all extremes of remodeling. Carl is a certified lead paint remediation contractor as well as a certified home inspector, both extremely useful when remodeling older homes, many of which were constructed using materials that aren’t compatible with today’s building standards and regulations.

Whether you’re building a home, office, expanding your farm or remodeling, you’re encouraged to be as hands-on as you wish.

That “hands-on” approach by both the builder and the client are essential to the completion of a top-quality building project. Each project encompasses informed communication and correspondence with the owners. The goal is to create the uniqueness that each client can imagine with no limits.

Every exclusive project is special in its own right. Each client is the director of their own ideas.

Simply put, Carl and Lance’s motto is “If you can imagine it, we can build it.” The pair enjoys participating from the earliest stages of planning, and while they envelop themselves with the entirety of the construction process, there is a commitment to clients for a lifetime once their project is complete.