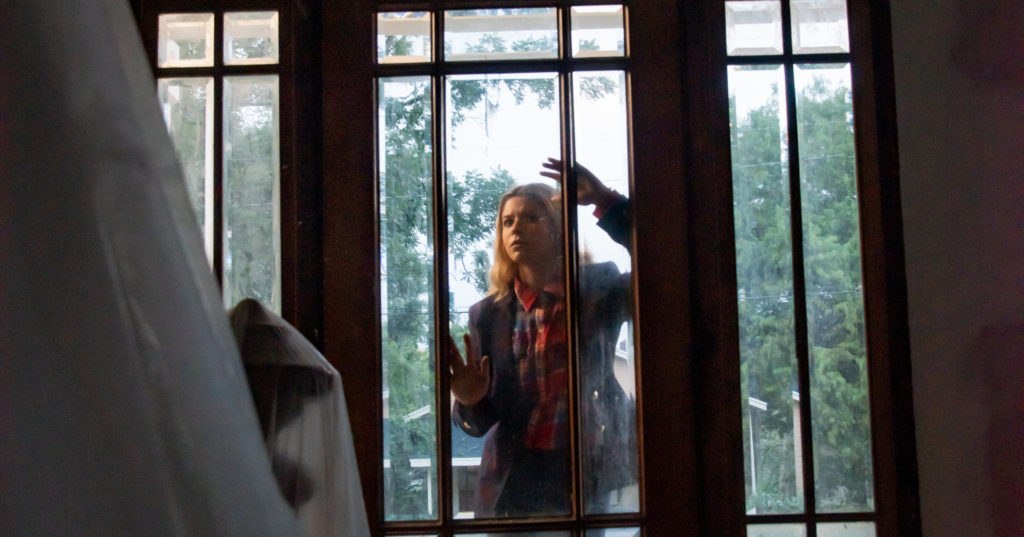 With morning mist still hanging damp and gray in the moss-laden trees along Northeast Sanchez Avenue on an already steamy September morning, sun rays illuminated the dormer windows and Mansard roof of the historic—and some say haunted—Israel Brown House.

The home, at 119 NE Sanchez, one of the oldest in the Tuscawilla Historic District, is among several Marion County properties said to be inhabited by, or to at least receive visits from, ghosts of the past.

Those properties include the elegant Victorian manor, The Rheinauer House, at 828 E. Fort King St., near downtown Ocala, which formerly housed the Seven Sisters Bed and Breakfast. While there have been seven distinct spirits identified at the manor, they have all been described as warm and playful—including a flirty Southern gent from the 1950s to the original inhabitants Charles and Emma Rheinauer. Charles was a prominent businessman in Ocala, who, along with his brother, ran a retail dry goods shop that was located on the south side of the town square. Charles became so involved in the community that he went on to become the founder and director of the first bank in Ocala, was instrumental in establishing the Chamber of Commerce and later became the mayor.

In testament to reputed hauntings, the Brown home was featured in the zombie-apocalypse film What Tomorrow Brings and The Rheinauer House was highlighted in an episode of Ghost Hunters on the SYFY Channel.

The Brown house is Second Empire style, taken from the reign of Napoleon III. The style is considered a form of “spooky” architecture. The home, currently owned by Joe Critchley, is under renovation. From the red brick accents around the bottom of the home, some dotted with deep green algae, to the heights of the second story, the house seems to stretch to the heavens. Maybe that’s how the alleged paranormal entities get in.

“The house has been called the scariest place in Marion County,” says Critchley. “Many people have asked me, ‘Don’t you worry about the ghosts?’ and I say, ‘Well, if they can’t do housework then I will kick them out.’”

The home was built in 1885. The first owners were Julius and Rebecca Israel. The first resident was Patrick Kilpatrick. Several locals have reported seeing lights or figures in windows at times the house was unoccupied.

Critchley, 80, a retired engineer who owns a local real estate business, bought the home in 2009. He was busy with other projects and deliberately let the property become overgrown so local filmmaker Bronson Mosley could use it as a set for his zombie movie.

Mosley, who grew up in Ocala, was familiar with the home and had heard that a mother and daughter had died there and their ghosts walked the halls.

Critchley said he wound up being an extra in the movie, which debuted in 2014. “I was eating dinner and the producer came in and said, ‘Hey, Critch, I need you to go across the street and kill someone,’” Critchley explained. “I played a zombie with blood running out of my mouth.”

Critchley said that at one point, a local leader of ghost walks “smudged” the home with burning sage to clear the energy.

“I’ve had some of those paranormal experts come through the house. They said there was a lot of energy, but not much negative energy,” Critchley adds.

Work yet to be done on the interior includes putting up drywall, installing flooring and painting. Critchley said his goal is to eventually live in the home, ghosts or no ghosts.

According to local historian Annabelle Leitner, who lives on a Century Pioneer Family Farm homestead (occupied by a family for at least 100 years) in Shiloh, in northwest Marion County, the county has been a “hot bed” of ghostly tales for many years. She recalls her grandfather, Harry Smoak, relating tales of a huge ball of fire rolling across the top of a high hill near Flemington, the legend of a lady in a flowing gown carrying a lantern and searching for her head in a swampy area near that small town and even a body that had been “laid out” for a funeral sitting straight up in the casket. She says “unhappy” things led to unusual things happening at the Price Plantation in Shiloh.

Noted Ocala and Marion County historian David Cook has written about the legend of the Oak Hurst Plantation, off of Lake Weir Avenue, noting that “preceding any great tragedy in the Ocala area”, such as the Thanksgiving Day fire in 1883 that destroyed much of downtown, “a riderless white horse would race up to the plantation home, snorting loudly, nostrils distended and covered with dust and sweat.”

There have been reports of a haunted doctor’s office in Belleview and, much better known, ghostly sightings of the infamous gangster “Ma” Barker and her son, Fred, who died in 1935 during a dramatic shoot-out with FBI agents at the home the Barkers were renting on Lake Weir.

Ultra-elegant, The Don CeSar hotel and resort in St. Pete Beach opened in the Roaring ‘20s and hosted guests such as F. Scott and Zelda Fitzgerald, who reportedly continue to haunt the first floor ballroom in the vaunted Pink Palace.

Thomas Rowe, who built The Don CeSar, fell in love with a beautiful young woman named Lucinda, a singer who starred in one of his favorite operas. Her parents did not approve and separated the couple. Lucinda later died of consumption. Rowe moved to Florida and became a land developer. He built the hotel to honor Lucinda. It is said that his ghost, often seen as a man in a white suit and Panama hat, continues to roam the halls, perhaps in search of his beloved.

In St. Augustine, founded in the 1500s by Spanish explorers, apparitions are said to abound in forms such as soldiers, a lighthouse keeper, a bootlegging inn owner and jail inmates.

Visitors to the famed Castillo de San Marcos report feeling queasy or cold inside the fort, and there are reports of lights shining where there is no electrical connection inside the national monument.

For those eager to investigate the supernatural in St. Augustine, a number of ghost tours offer up “frightful” fun.

To scare up details for a visit to the hotel or various attractions in St. Augustine, go to www.doncesar.com/ and www.visitflorida.com/en-us/things-to-do/local-experiences/st-augustine.html

If these tales whet your appetite for the macabre, the mysterious or just a spooky-themed night out, the Fort King National Historic Landmark will offer the Fort King Haunted Trail event 6 to 10pm on Saturday, October 26th.

The park, at 3925 E. Fort King St., includes a replica fort and interpretive trails. The event, which will include a “fully-themed” trail walk and showing of the movie Hocus Pocus at 8pm, is free to attend. Refreshments will be offered for purchase. Candy will be provided for children.

Attendees are invited to dress in costume and are encouraged to wear closed-toe shoes. Guests can bring blankets, chairs, and snacks. A limited amount of bleacher seating will be available. Free parking will be offered at the Duke Energy utility easement .4 miles east of the park, with shuttle service to the fort. To learn more, call (352) 789-7802. 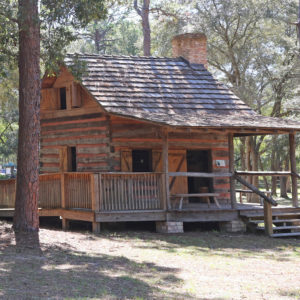