Much maligned as a stubborn beast of burden, the humble mule is a remarkably intelligent creature and full of personality—so much so that some folks prefer them to horses.

When people think of mules they generally conjure up the image of a farm animal pulling a plow. And the phrase “stubborn as a mule” probably quickly comes to mind. But these versatile and intelligent animals are so much more than those stereotypes. 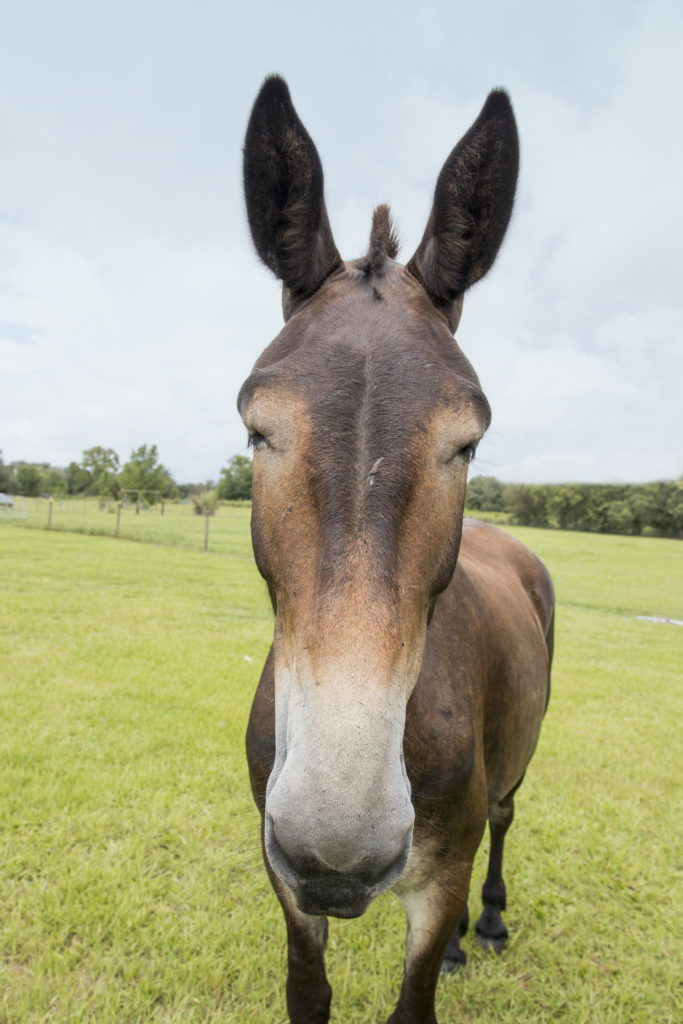 A mule is the sterile offspring of a male donkey and a female horse. As a hybrid, mules inherit accentuated traits from both sides of the family. Hence, mules’ attention-getting long ears coming from their donkey fathers. It’s that genetic co-mingling that produces a unique animal suited to a variety of roles. Today, saddle mules are used for numerous activities, including trail riding, jumping, dressage, roping, reining, driving, endurance riding and barrel racing.

“Mules can do everything horses can do and they can probably do it better,” says Oxford resident Sue Hess, who with her husband Ron, has been riding mules for eight years. “We rode horses for 20 years and we still love our horses. But we’re members of the saddle mule fan club now.”

When Sue and Ron bought property in east Tennessee to escape Florida’s summer heat, they brought their Tennessee walkers to ride in the mountains.

“Our horses, which were used to riding in the Greenway here on flat, sandy trails, handled the mountains okay,” says Sue. “But we had ridden mules at the Grand Canyon and had been so impressed with them. So we thought mules would probably handle riding in the mountains better than our horses. And that’s how we came to buy our first mules.”

Since Sue and Ron were riding gaited Tennessee walkers, the couple decided they wanted gaited mules as well. In 2011, Sue and Ron bought Sunshine and Sammy, each the offspring of a male donkey and a Tennessee walker mare. Sunshine, who is Ron’s mount, is a 13-year-old sorrel with a flaxen mane and tail; Sue’s Sammy is a 20-year-old sorrel. Both are johns, which are gelded males. Soon after buying Sunshine and Sammy, the couple acquired Cassie. Also a gaited mule, 19-year-old sorrel Cassie is a molly, a female mule.

Prior to purchasing their first mules, Sue did a lot of research and talked to longtime mule owners. What she learned has all been borne out with the couple’s mules.

“Mules are hardy and easy keepers,” says Sue. “They don’t particularly like being fussed with much. They are very self-assured animals.” 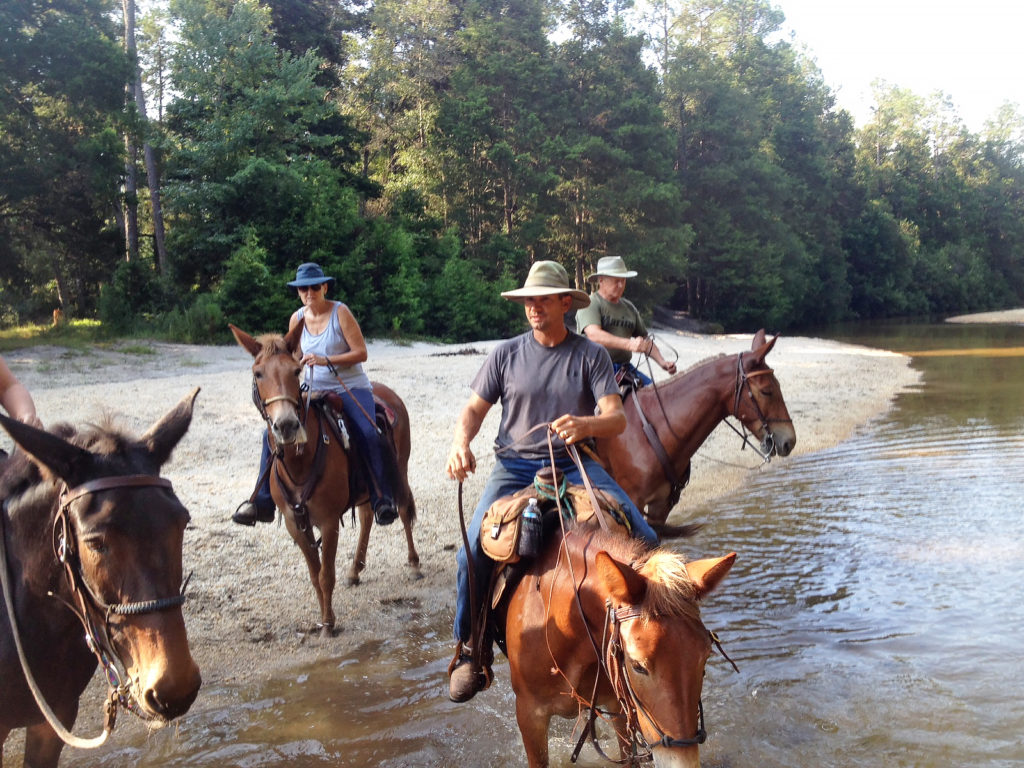 As for being sure-footed on mountain trails as well as any other kind of terrain, mules’ physical and mental traits account for that attribute.

“They have very tough feet,” explains Sue. “And a mule’s eyes are bigger than a horse’s. This gives them almost 360-degree vision; a mule knows where all four of his feet are at all times.”

Ask Sue about that vaunted mule stubbornness and she doesn’t deny that it’s true. But it’s also not as simple as that.

“The thing with mules is that they are very intelligent and they have a high sense of self-preservation. It’s not so much that they’re stubborn, just very smart,” she says. “They are not flighty like a lot of horses. If a mule gets into an iffy situation, he’s going to stop and think about it before deciding what to do. Once you understand that behavior, then you learn to trust your mule not to put itself and you in harm’s way.”

The issue of trust is a two-way street, and whose is more important will surprise most people.

“There’s a saying around mule folks that if your mule doesn’t trust you, then you need to get a new mule,” she offers. “A mule is going to decide if you’re going to be its rider and that’s just the way it is. Once you do have that bond with a mule, it’s amazing. Mules have great personalities and they become your friend.”

But Sue notes that getting to that point of being accepted by a mule takes patience, lots of patience. She also cautions that mules are not suited for beginner riders.

“You can’t train or handle a mule like a horse. Horses generally want to please people and bond much more easily than a mule with a person,” she says. “With mules, it’s the other way around. They’re the boss and they want to see your resume. But once you’re a team, it’s a great team.”

Sue and Ron regularly ride and camp with five other couples. Half of the group ride mules and the rest ride horses, including gaited horses and mustangs. Wherever they go, the mules draw the most attention in the group.

“People, riders and non-riders, get really excited when they see our mules. Of course, kids love their big ears,” Sue explains. “And I like that they see mules as more than just plow animals. We tell them that once you’ve ridden a mule, you won’t ride anything else.”