What better way to spend an evening than watching two young co-workers fall in love on stage, seeing a Tony Award-winning play or hearing a rock ‘n’ roll legend sing your favorite hit? Each January, Ocala Style Magazine rounds up some of the most promising, upcoming acts and entertainment for our readers to enjoy this season. Take a gander, buy some tickets and get inspired.

Known for touching moments and hilarious dialogue, this play follows the budding of a new relationship for two lonely hearts in 1987 New York City. Frankie is a waitress and Johnny is a line cook, but these two characters become more than just co-workers after a one-night stand. This sometimes hilarious, sometimes touching play is quite the love story.

Have you ever seen an antique and thought “man, if this thing could talk it would have some stories to tell?” This play tells the story of a piano with one faulty key as it moves through generations of players across American history and is told through the beloved songs of Irving Berlin. I Love A Piano is one of only two works authorized to use Berlin’s compositions and features a startling 64 of them over the course of the show. 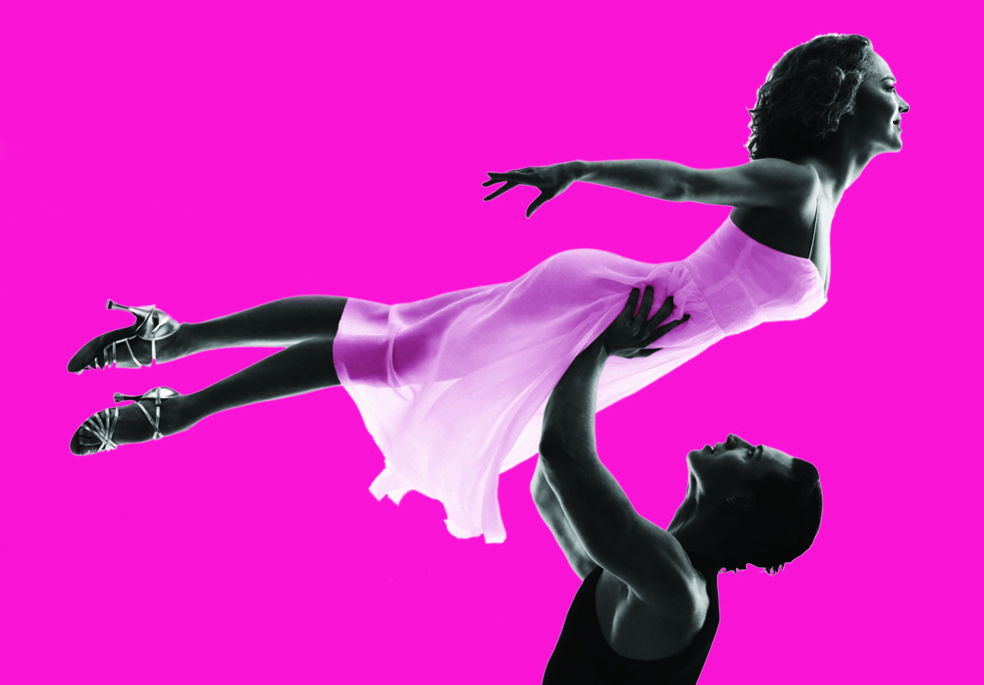 Whether Dirty Dancing is one of your favorite films or you’ve never seen it before, this live rendition is a certified crowd-pleaser. It features beloved songs like “Hungry Eyes” and, of course, “(I’ve Had) The Time of My Life,” with sensational acting and choreography to boot.

It’s the height of Jim Crow in 1905, and Jay “The Sport” Jackson wants to become an elite boxer—No. 1 to be exact. Inspired by the true story of Jack Johnson, the first African-American heavyweight world champion, this critically acclaimed work explores one athlete’s struggle for recognition in the context of an oppressive nation.

The Fox on the Fairway
January 19-February 11
The Sonnentag Theatre at the IceHouse, Mount Dora

A comedic take on the inner workings of country clubs, The Fox on the Fairway centers on Bingham, president of a private country club. He’s placed a pretty big wager on an upcoming golf game, and soon, a tangled web of over-the-top relationships and love interests will seriously complicate his winning scheme. Can he win the bet and get his life back in order by the time the curtains close?

This show comments on modern love in every phase of life: the first date, getting married, having children and growing old together. It’s a comedic revue of the good and the bad, the highs and lows of relationships as told through beloved songs from all genres. I Love You, You’re Perfect, Now Change promises to have everyone in stitches as it speaks the thoughts about our love lives we never dared to say aloud.

At its core, this Tony Award-winning production is about sticking to your passion even when the world is in turmoil. Inside the Kit Kat Klub, a rowdy bunch of entertainers spend each night putting on a cabaret show and forgetting their troubles. What will happen as their lives in pre-WWII Germany become more and more uncertain?

Based on the 1993 dystopian young adult novel by Lois Lowry, The Giver tells the story of a 12-year-old boy names Jonas. He lives in a world of sameness, without emotion or memory, where everyone is prescribed a life role. When Jonas receives the role of The Giver, he will grapple with the depth of human emotion for the first time, and he has many tough questions to answer.

Set in the Bristol Place Assisted Living Facility, this hilarious show features two unforgettable characters and has been called “an expertly engineered comedy” by The New York Times. When grouchy Abby meets her new, annoyingly upbeat roommate, Marilyn, she has no choice but to get rid of her by any means necessary. The two then make an innocent wager that quickly spirals out of control and threatens to expose both of their deepest, darkest secrets. Ripcord is heartfelt, irreverent, inappropriate and absolutely worth saving the date.

Martha Graham founded the Martha Graham Dance Company in 1926, and it has been a major influence on the world of contemporary dance ever since. This show unites the artful work of choreographers inspired by Graham and will create a new generation of dance enthusiasts.

Need an evening of working class, down-home humor and live country music? Always, Patsy Cline is based on the true story of Cline’s friendship with a fan, Louise Seger. The two met at a honky-tonk in 1961 and kept in touch until Cline’s plane crash in 1963. This musical recounts their unusual bond through some of Cline’s most famous tunes. 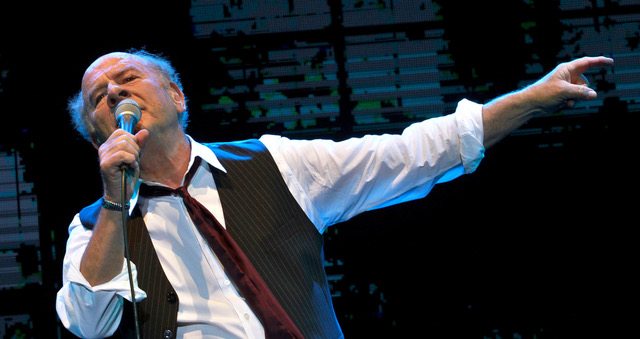 As a solo artist and half of the legendary musical act Simon & Garfunkel, he’s made a lasting mark on the music industry and created a body of work that will continue to inspire fans for generations to come. He has released 12 solo albums, the most recent called Some Enchanted Evening in 2007. This show will delight lifelong listeners and turn casual concertgoers into devoted fans as well.

Bill Haley, Jr. and the Comets is a high-energy, five-man band performing songs first recorded by the legendary Bill Haley and the Comets, as well as popular tunes from the 1950s and ‘60s. This rock ‘n’ roll history show features Bill Haley, Jr. sharing insider stories and historical context behind the songs they perform. This group is all about authentic stories and authentic sound and is one not to miss for rock fans.

Waldon’s debut album came out in 2014, called The Goldmine. She grew up in rural Kentucky on a tobacco farm, and her upbringing has heavily influenced her music. Fans of old-school country music will love her sound, which features plenty of pedal steel and Telecaster. Anyone interested in exploring new musical talent will surely love this show—and this series.

SoulBase combines the talents of musicians from Chicago, New York, New Orleans, Miami and Orlando, and musical influences from rhythm and blues, funk, jazz, rock, reggae, hip hop and even gospel. They cover well-known and lesser heard songs in an unexpected, original way.

Frankie Avalon started his career as a teen idol in the ‘50s and shot straight to international stardom. His first song “De De Dinah” became an instant, smash hit, and his recording of “Venus” was one of the biggest selling hits of the decade. He also has a long list of film credits from classic beach movies of the era. Anyone who came of age or appreciates American rock in the ‘50s and ‘60s will love seeing Avalon in concert.

When’s the last time you saw an act straight out of the Rock & Roll Hall of Fame? The Shirelles were the first female group to ever sell 1 million records and are credited as the creators of the classic girl group sound. Rolling Stone ranked them No. 76 of the 100 greatest artists in rock ‘n’ roll history. This concert is your chance to experience history-making talent in person.

Diamond Rio is a pillar in the country music industry, and they’re coming to the Orange Blossom Opry to delight locals with their renowned talent. They released their 10th studio album, I Made It, and will perform some of those 11 new songs as well as their most popular hits. 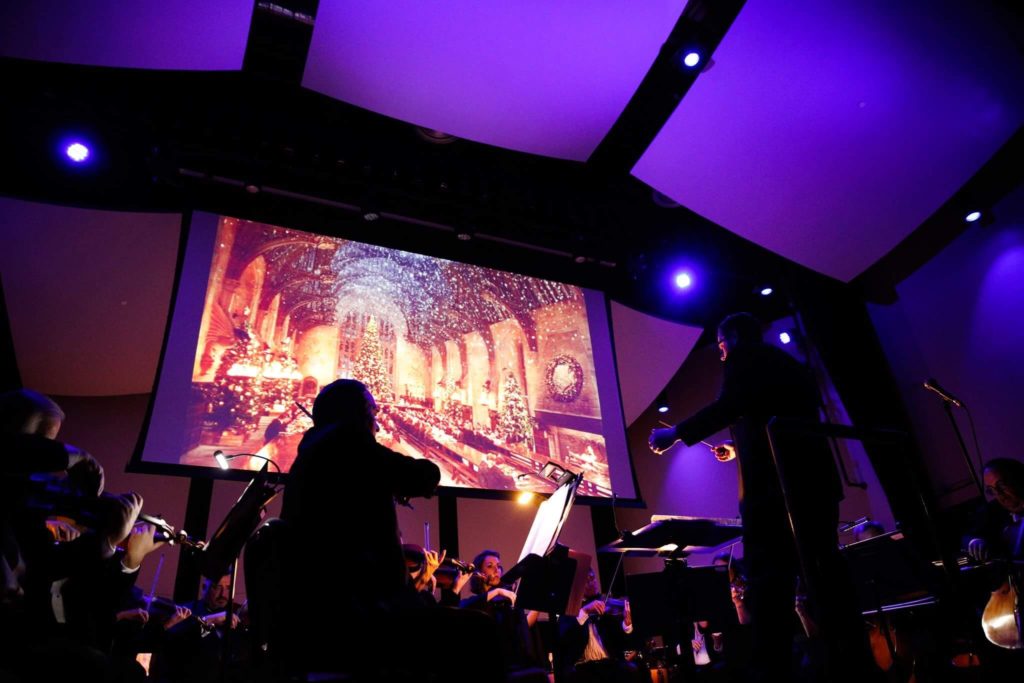 Beloved films will come to life in this show. The Ocala Symphony Orchestra will perform the scores to well-known feature films while visuals play behind them. It’s a multimedia experience not to miss and one returning audience members always look forward to.