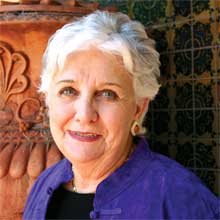 No one can argue that it’s a different world for children today. Unfortunately, the advances of technology and knowledge come hand in hand with some very troubling statistics.

In 2001, approximately 903,000 children in the United States were victims of child maltreatment. Nearly 172,000 of these children suffered physical abuse and more than 90,000 were sexually abused.

Munroe Regional Medical Center, located in Ocala, is the fifth busiest emergency department in the entire state of Florida. Hospital personnel had no doubts that abused children were coming through their doors as patients, but the frustrating truth was that, until recently, emergency department and pediatrics staff had not received any specific training in how to recognize abuse and get children the help they desperately needed.

As a former teacher of children with special needs, Marion County resident Marion Montanari was all too aware of this problem. Thanks to a substantial grant from The Troubled Children’s Foundation, of which Marion is president, much-needed child abuse education is now being provided to nurses who work directly with children in Ocala.

Together with her late husband, Adelio “Monty” Montanari, Marion launched The Troubled Children’s Foundation in Miami in 1971.

“Monty’s life’s mission was to identify and help children who were not receiving the care they required,” says Marion, who has a Master’s Degree in Education and was both a teacher and principal. “Children are being held back not because of special needs, but because they have experienced abuse or have abused others.”

Because of the sadly prevalent specter of child abuse in this country, Marion explains that the emphasis of The Troubled Children’s Foundation has changed.

“In today’s society, the foundation feels the emphasis on helping children should include educating professionals on how to detect signs of child abuse. What better area to do this than in a hospital or a clinic setting?”

Marion is a real asset to this community,” notes Sharon Jones, vice president for development of the Munroe Foundation, dedicated to raising funds for Munroe Regional Medical Center.

“Marion asked me what kind of training our nurses had and how our hospital identified children who might have been abused,” Sharon continues. “This was a very rewarding project to work on because you can see it making a real difference.”

Ellender Sahr wrote the grant proposal to The Troubled Children’s Foundation in April 2004 and funding was received on May 18, 2004.

As a direct result of the grant monies, 18 registered nurses from Munroe were sent to an in-depth seminar at the Chadwick Center for Children and Families at the highly respected Children’s Hospital San Diego last July. The specialized training these nurses received at the seminar taught them how to spot signs of child abuse when children are brought in for care.

For the first time ever, a Child Abuse Task Force was created at Munroe Regional Medical Center.

Now, armed with education and specialized training, Dan is certain the prevalence of such cases will decrease.

“When parents bring kids in that have been abused, the parents aren’t forthright with information,” he explains. “You almost have to figure it out as an investigator. There’s also a lot of skill that goes into interviewing the child; this is the most skilled part of the whole process.”

Plans call for this child-abuse education to be a mandatory course for every current and new registered nurse at Munroe Regional involved with treating children. The child-abuse recognition course will also be part of the registered nursing staff’s continuing education requirement.

The training, set up in three different modules, covers definitions of abuse and how to determine if a child has been abused, including both physical and sexual abuse. The course also covers the law enforcement and court proceedings that are involved once abuse is identified.

“The beauty is that now that these nurses have been trained,” notes Sharon Jones, “they have developed training modules and are now training others.”

When Marion came to us and made this money available, the first thing I thought was that we needed some kind of education,” recalls Dan. “Now, every time we see a child, we are always looking for signs.”

Since receiving the training last year, Dan is certain a number of child cases have had more positive outcomes than they would have before the nursing staff was trained to detect signs of abuse.

In addition to recognizing abuse, the long-term goal of the Child Abuse Task Force is to treat problems on-site at Munroe Regional, instead of the current procedure, which is to transfers abuse victims to Shands Teaching Hospital in Gainesville. Dan says the Child Abuse Task Force has been working with Kimberly’s Cottage, a local child advocacy center, to conduct the exams needed if there is a report of abuse or suspicious clinical findings.

Marion Montanari is a tireless advocate when it comes to aiding troubled children. Her donation to Hospice of Marion County enabled that organization to launch its Bereavement Program for Children. In memory of her beloved husband, Monty, she purchased and donated the Horse Fever sculpture Horsefly, on permanent display in front of the Hospice building.

Strongly committed to her community, Marion is a member of the Marion Cultural Alliance Board of Directors, as well as founder and chairperson of the MCA Salon Group, which provides scholarships to talented individuals in the field of the arts. Marion is also the founder of Scatter Joy, a group of dedicated women from all facets of the community, who meet semi-annually to raise funds for local charities of the group’s choosing.

In addition to her community involvement, Marion is an avid participant in the horse industry and has been a Thoroughbred breeder for the past 25 years.

“Child abuse is all around us,” notes Marion. “We must remain conscious of the plight of troubled children and do more for them. The leaders of tomorrow are in the playgrounds today.”