Ocala Regional Medical Center and West Marion Community Hospital were named among the nation’s top 100 Best Hospitals for Orthopedic Surgery in a 2020 study by Healthgrades. At the forefront is orthopedic surgeon Dr. James Duke. 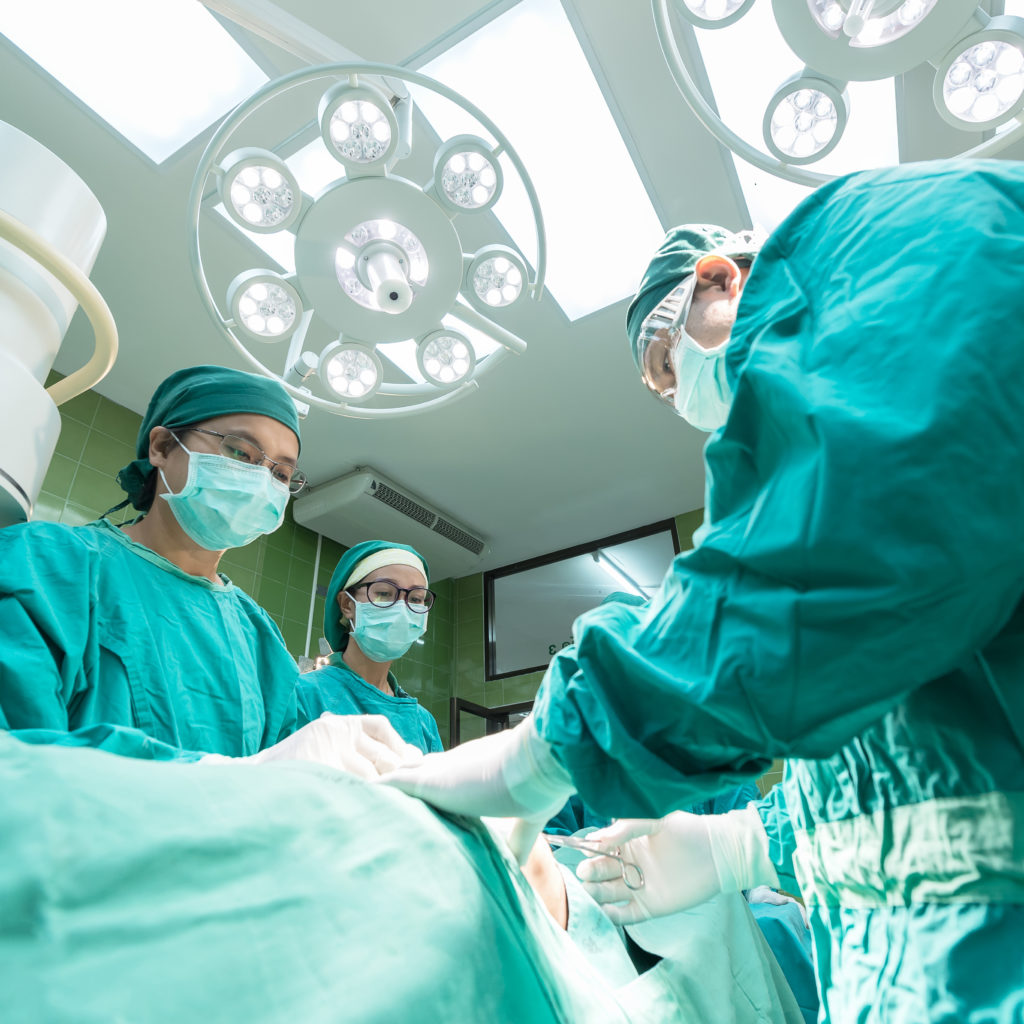 According to Anthony Del Vicario, senior vice president and general manager of quality solutions at Healthgrades, the short-term, acute care hospitals are evaluated on 32 common conditions and procedures, including quality of care, patient safety and outcomes following surgery.

In a follow-up report in June, Ocala Health’s hospitals also were among 456 hospitals that received Healthgrades’ Patient Safety Excellence Award.

The findings are free to the public on the Healthgrades website.

“Patients can essentially make a more informed, educated decision,” Del Vicario notes. “We take into consideration the clinical profile of every patient that is evaluated by looking at age, gender, and any conditions that patient has. The data is de-identified, so patients’ identities are protected.”

Orthopedics is one of many areas of treatment addressed by Healthgrades. In each category, hospitals are evaluated on several levels of expected outcomes, ending with a comparison against hospitals across the nation. In the end, they are awarded stars according to three separate ranks.

“Everybody knows five stars are great, three are good, and one is not so good,” acknowledges Del Vicario. “When I look at how Ocala Regional and West Marion perform today, they have five stars in 12 areas.”

Lauren Debick, director of public relations and communications at Ocala Health, credits the entire staff of physicians and certified orthopedic nurses for the Healthgrades awards. She notes that West Marion has its fifth-floor Joint Care Center and Ocala Regional is a Level 2 trauma center.

“The awards cover both hospitals and all of the people involved,” declares Debick. “It’s just another example of our commitment of quality care for
Marion County.”

Dr. James Duke had the honor of being the first surgeon to conduct orthopedic operations at West Marion after it opened in 2002 on State Road 200, an ideal location amidst a multitude of senior communities. Like Debick, Duke is quick to recognize the entire team.

“The Healthgrades report is a reflection on the whole group,” Duke insists. “We have two or three other guys who do a whole spectrum of orthopedics. All the nurses and therapists are on the same page. Put all those together and we get a bunch of great outcomes to the point we get blessed enough to win this kind of award. We consider that a pretty special honor, a reflection of all that hard work and dedication.”

A graduate of the University of Florida, Duke moved to Ocala in 1991 and had a solo practice until last year, when he joined the Orthopedic Institute. 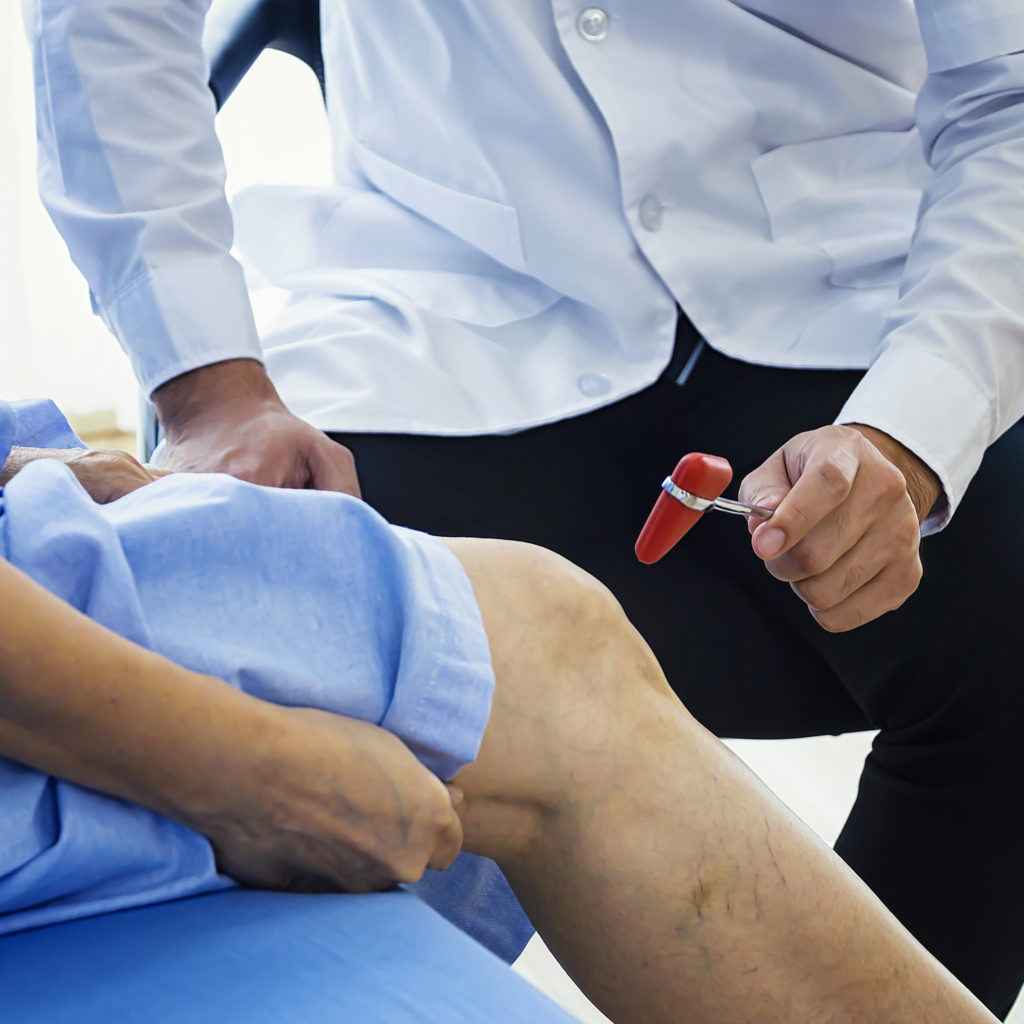 “We now refer to it as a private penthouse,” Duke quips. “We have all these beautiful trees. Every room looks out on a very tranquil and serene place to recover from.”

During his career, Duke estimates he has performed more than 11,000 implants. He has tackled everything from putting a cast on his 7-year-old grandson’s fractured wrist to performing a hip replacement on a 90-year-old man. His grandson was out of the cast within a month. And, surprisingly, the elderly gentleman walked out of the hospital with only a cane, explains Duke.

“He was a tough old farmer,” Duke recalls with a chuckle. “When I saw him two weeks later, he was already walking independently. When I first got started in the early 1990s, I wouldn‘t think of operating on someone past their 80s. It’s just amazing to me how many folks are healthy and active.”

Duke says the median age of his patients is around 70. Former patient Virginia “Carol” Ayers proudly declares herself one of them. She had a right hip replacement at West Marion in February 2016 and a total right knee replacement in January 2020.

“I thought, he must be phenomenal if everybody says he’s the best,” recalls Ayers. “I’ll never forget it, when Dr. Duke walked in the office to meet me. He brought such a calmness into the room. Prior to my surgery he said to my husband, ‘I promise you, when I bring your wife back she will be out of this pain.’ The very next morning when I woke up I had no pain.

“I’ll be 80 in December,” proclaims Ayers. “Because of my surgery I got my life back, thanks to Dr. Duke and God.”

Meanwhile, Duke’s easygoing demeanor seems out of sync with what most folks would consider a stressful career. So the question bears asking, Does he feel a lot of pressure?

There is hardly any at all, claims Duke.

“I would define pressure as doing a total knee replacement on my mother-in-law, which I did three years ago,” he admits. “She’s got some medical issues, so I was sweating it out, but she did well.”

At 62, Duke marvels at how far orthopedics have come and where they’re headed.

“Things have remarkably improved even in the last three to five years,” Duke reflects. “I think our knee surgeries are getting better with therapy and how quickly patients go home. When I first started, people stayed in the hospital three to five days. Now they stay maybe one night. Orthopedics is very technologically driven—computers, robots. In 2020, our total hip and knee implants are like iPhone 11s. As technology continues to expand over the next 10 to 20 years it could be quite revolutionary. I really think we’re going to have to do more with preventatives and biologics to try to alter the formation of arthritis, so one day we may say, ‘Hey! We don’t have bone-on-bone anymore.’”