The ‘80s were quite a time. As a child of the Me Generation, I loved everything about the decade—skinny ties, shoes sans socks, and the mullet, except we didn’t know that’s what it was called back then. What I loved best, though, was the music.

And it’s making a comeback.

The groups below were huge in the ‘80s, went through a protracted slump in the Era of Grunge, but have each recently released albums worthy of their best work. And if you bust out your Chess King parachute pants from 1985 during your own musical time warp, your secret’s safe with me.

The comeback of all comebacks. Written off for dead after the departure of signature vocalist Steve Perry and a few ignored albums with a sound-alike, Revelation is, well, a revelation. Well-constructed songs, tight instrumentation, and soaring vocals by a Filipino newcomer found off a YouTube video (I kid you not), and this CD picks up where Frontiers left off. See them in concert if you get the chance and/or pick up their exclusive CD/DVD at Wal-Mart for less than $12. You won’t stop believin’ how great they sound.

Yes, I consider them an ‘80s band because true fans discovered them before “Losing My Religion.” After a few CDs of moody electronica cost them all but their core followers, the new CD storms back with the energy of Monster and the songwriting of Document. A slew of Grammys await.

This Wal-Mart exclusive (do you see a pattern here?) would sound great next to Hi Infidelity or Good Trouble. Great songwriting has never been the group’s selling point, but the songs here—strong melodies, memorable hooks, and crisp guitar solos—are among their best. A bonus? The wimp ballads are kept to a minimum.

4. Public Enemy, How You Sell Soul To A Soulless People Who Sold Their Soul

Playing off the title of one of their most powerful CDs, the new album is a blistering indictment of current politics and policies. Chuck D’s flow is timeless, the beats are layered and thick, and Flavor Flav’s contributions are kept in check. The Bush administration seems to have given these seminal rappers much to be angry about, exactly what I expect from a classic P.E. disc.

This is the true follow-up to 1983’s Alpha, just 24 years after the fact. Despite make-shift lineup changes and a stack of crappy CDs in the interim, Phoenix marks the return of this ‘80s supergroup and early MTV icon’s original lineup. The best part is that they didn’t try to update their sound. Steve Howe’s recognizable guitar riffs, John Wetton’s distinctive vocals, Geoff Downes’ impressive keyboards, and Carl Palmer’s complex drumming complement each other perfectly—so well that I’ll overlook some of the clunky lyrics and Yes-like prog excursions. Delete a few of the weaker songs at the end and this will sound great after “Heat of the Moment” or “Only Time Will Tell.” 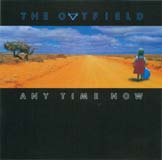 Dean’s ‘Revenge of The ‘80s Playlist

4. Public Enemy, How You Sell Soul To A Soulless People Who Sold Their Soul

9. Tears For Fears, Everybody Loves A Happy Ending

Style Editor-In-Chief Dean Blinkhorn and Art Director Trevor Byrne argue frequently about music and movies, respectively. Sometimes, they even agree. This special alternating column highlights some of their recent discussions. Do you have something to add? Drop us a line at mediafile@lakeandsumterstyle.com or mediafile@ocalastyle.com and we’ll print the best responses in the next issue. Next up:  Trevor will share some favorite election movies.