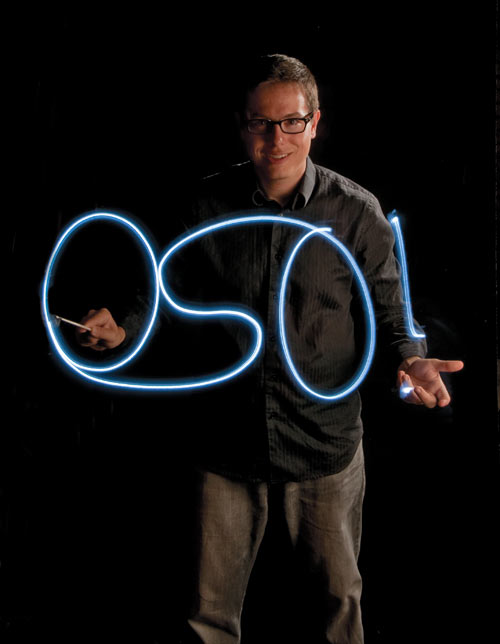 You’re quite a bit younger than most conductors. Do you think your age is an advantage?

It seems to be creating a buzz. Obviously because I’m younger and don’t have a lot of other responsibilities, I can really focus on the orchestra. In those respects, it is an advantage.

Have you always had an interest in orchestral music?

I’ve always had a fascination with music and sound so it’s natural that I fell in love with the orchestra.

What instruments do you play?

I’m a percussionist, which means I bang on a lot of stuff. I also play a little piano and can play a few chords on the guitar.

Tell me about your conducting philosophy.

With every ensemble, each musician is an individual. Some conductors—good ones, too—try to dictate every minute aspect of each piece. I let go of the reins a bit more, allowing the musicians to be responsible for their own musicality. And I think the musicians appreciate that because everyone feels like they’re contributing to the product.

Tell me the kind of response you’ve received from your musicians.

A lot of musicians are two and even three times older than me in the orchestra, so it was a little nerve-racking at first. But I think as long as you show respect for people, they’ll show it back.

Most of the musicians involved have jobs, families, and the like. How do you all come together to practice?

Most of the musicians play with four or five different orchestras at a time. They know about a year or so in advance of when our rehearsals and concerts will be. On our concert weekends, we’ll have a concert on Saturday night and Sunday afternoon, so we’ll start meeting Thursday night to begin rehearsing.

What’s the most challenging aspect of being a professional conductor?

I’ve found that it has nothing to do with the podium or the stick. The most challenging aspect is fundraising and trying to be available to the community as much as possible. Making music is the easy part!

What do you enjoy most about what you do?

I like making music with the musicians during rehearsals. Sometimes it can get pretty serious, but mostly we’re smiling and having fun. It feels like having an extended family. I love performing and seeing people smiling in the audience.

Do you choose the music that the orchestra plays?

I do. At the beginning of each season I sit down and present my ideas to the board. We talk through it, I bring musical examples, and they give me the yes or no. I really like that process because the board is made up of so many people who have different experiences with music.

The amount of music that’s out there is incredible. The Classical period had thousands of symphonies written and supposedly we only know about two percent of them. When you’re programming for a professional orchestra, there’s a lot to take into consideration. This one’s a crowd‑ pleaser, this one the musicians will love, plus your own personal taste.

Speaking of your own taste, what’s on your iPod?

A lot of classical music, but I also have some Alison Krauss, The Beatles, David Bowie, Rufus Wainwright. I just like the music I like.

Do you have one piece you could play over and over?

As a conductor you spend a lot of time with the music when you’re learning it. I look at the score and try to unlock what the composer was doing when he created the music and try to find ways for the orchestra to best present it. Going through this process is like falling in love with that piece, like having a relationship. Sometimes that piece is angry at me and I can’t figure a section out. When you’re in that process, you can’t love another piece, so whatever I’m working on tends to be the piece I love the most.

Where do you see yourself in 10 years?

I’ve got big plans for the Ocala orchestra. I want this orchestra to have a bigger part in the community. I want to get into the schools more, and I also want to do some chamber music. I want to get rid of this stigma that it’s only high-brow stuff.

For me personally, who knows? I’ll probably end up getting my doctorate. No matter what, I’ll definitely still be conducting.