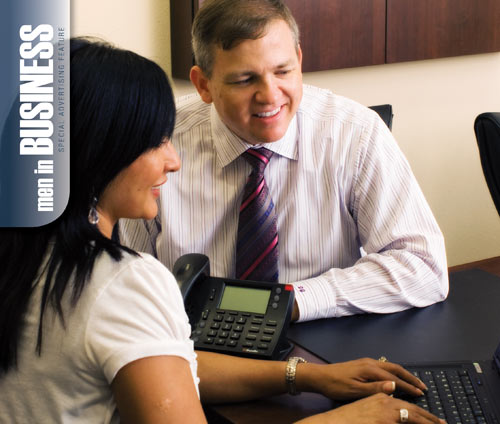 The man at the helm of Verteks Consulting in Ocala has been involved in the computer world for decades, which is good news for business owners. Few know better than Don Gulling how to make technology work for a company.

Think back for a moment to 1987. The big news in Washington is Iran-Contra; The Bold and the Beautiful has debuted on CBS; and Microsoft, still in its infancy, releases Windows 2.0. For tech-lovers like Don Gulling, the latter was likely the most interesting and important headline of the year.

Fresh out of Lecanto High School, 17-year-old Don was just getting started in the computer field in 1987. A computer whiz growing up, he was working as a programmer for European American Graphics, which wrote computer software for newspapers and magazines, while attending Central Florida Community College, and loving every minute of it.

“That was a great job,” Don recalls. “It was a lot of discovery, a lot of using your creativity. It was the dawn of the computer era, so you had to use a lot of ingenuity to make things work. That’s how I got hooked. I love problem-solving.”

After CFCC, in 1989, Don joined the Army, hoping to serve for a few years and then return to college. Then the first Gulf War broke out, and Don was sent to Saudi Arabia for the invasion of Iraq. Don’s Infantry unit soon realized his skills and put his computer knowledge to good use. In addition to his combat responsibilities, Don helped troubleshoot his unit’s Combat Computer System while in the Middle East.

After the Army, Don returned to Florida and attended Florida State University for a short time until economic reasons compelled him to move back to Central Florida in 1992.

“The GI Bill and my savings kept me going for awhile, but a few of life’s emergencies forced me to put my college plans on hold.I moved to Ocala with no car, no money, and no job,” Don recalls with a laugh. “I moved in with an Army buddy and lived in his living room for a month or two.” 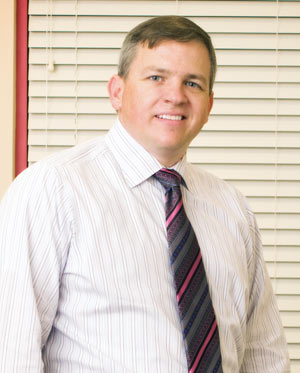 Slowly, things improved for Don, however. He got a job at Service Merchandise and worked up to electronics manager there. In a year’s time, he moved on to a local company that sold computers to businesses, and Don discovered his niche. Soon thereafter, in 1997, he opened his own IT support company, Verteks Consulting.

“It was a humble beginning; I started with no money, no office, and no staff. Over the past 15 years, we’ve grown into a multi-million-dollar-a-year company with 14 employees serving customers all over Florida and the country,” Don says proudly. “We not only service computers for businesses, governments, and medical offices but we also provide telephone systems, video conferencing systems, and everything that goes with them.”

For its clients, Verteks is peace of mind. Some outsource all of their IT needs to Verteks, like Bernie Little Distributing and Integrity Home Healthcare, so that they can focus solely on running their business.

“Most businesses don’t want the hassle of trying to manage IT, or trying to find the right IT products and then make them work,” Don explains. “They got into their business because they love it, so they look to us for ways to use technology to make their business better. Alarion Bank is a great example. They have no IT staff but us. More than just servicing computers, they come to us for advice and support on all their technology needs.”

“We consider Don and his team to be partners with us in our business,” agrees Matt Ivers, senior vice president and CFO of the Ocala-based Alarion Bank. “They go above and beyond every time to give us the best service for our technology needs. And they’re proactive. They make sure all our systems are running smoothly.”

Today, so many years after that first job in the industry, Don says he loves the work more than ever, especially keeping up on the latest advancements. He also admits that there’s no place he’d rather be than right here in Ocala. When asked why he serves on the board of the Boys & Girls Club of Marion County, why he completed Leadership Ocala/Marion, and why he sponsors the Hog for Hope fundraiser for ARC Marion, Don’s answer is simple and heartfelt.

“Because I want our community to be the best place to raise a family, to have a business, and to pursue the American dream,” he explains. “I came here in 1992 with nothing, started my business in 1997 and now 15 years later I have a thriving business, a beautiful wife, and two great boys. I feel like I’m on top of the world.”