This summer, thousands of miles from where their lives began in the rugged country of Afghanistan, two young dogs have been given a new start in America, thanks to the concerted efforts of Sean*, a soldier who recently returned home to Ocala. This mission wasn’t the most difficult or the most dangerous the Green Beret faced while overseas, just one he had to take, an all-too-rare opportunity to take a story of hopelessness and despair and rewrite the ending. Into a happy one. 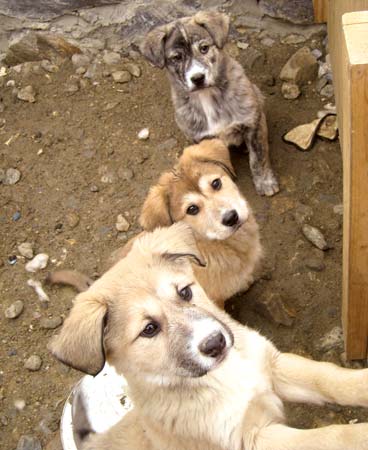 Dogs in Afghanistan are considered “unclean” and are not treated
with the same compassion as in Western civilizations.
Fortunately, these lucky puppies have found loving homes.

The horse country of Marion County is a long way from the desolate mountains of Afghanistan. For Sean, a circuitous route took him there.

A long-time resident of Ocala and a Vanguard High School graduate, Sean attended the Naval Academy, graduating from Annapolis in 1998. Seven years into his career, he faced a life-altering decision.

“I really wanted to be a part of Special Operations,” he recalls, “so it seemed the best avenue was to enlist in the Army and go Special Forces.”

Only about 25 percent of qualified candidates who show up at Special Forces Assessment and Selection at Fort Bragg, N.C., actually graduate and put on the esteemed green beret. Sean made the cut.

Sean’s first tour of duty with Army Special Forces in Iraq lasted from December 2006 through April 2007. On his next tour, he was sent to Afghanistan from October 2007 until May 2008, where his team was tasked with advising a battalion of Afghan National Army commandos in combat techniques.

Although his team began their deployment with 10 members, their team leader was killed early in the tour and another member was critically injured, underscoring the fact that Sean was serving during what has been considered one of the bloodiest years of fighting since U.S. forces entered Afghanistan after 9/11.

“One minute, my friend was stealing Jolly Ranchers from me, and the next minute he was dead,” recalls Sean. “It reinforced the impermanent and arbitrary nature of life.”

SEAN AND HIS UNIT were sent to a multinational camp near Kabul with an already established Special Forces compound. Lording over the base was a black-and-white female mutt the men named Leah. She was a bright spot in their often bleak days.

Before Sean’s team arrived, a high-ranking visitor to the base had noticed Leah and decided to enforce the military rules about not having “pets” or “mascots.” He instructed the men to either destroy the dog or take her away. Having no option, and not about to kill the friendly dog who trusted them, several team members drove Leah far away from the compound. They dropped her off, hoping she’d find a safe place elsewhere. 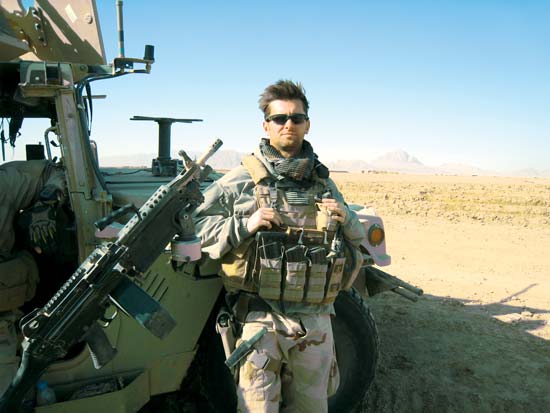 Ocala resident and Army Green Beret Sean* went out of his way to rescue
several dogs from war-ravaged Afghanistan.

Four days later, Leah returned to the only place she’d known as home, crossing 60 miles of desert to get there.

“From then on, she was a camp member,” remarks Sean. “Anyone who had something other to say was told where to go.”

NUMEROUS PACKS of wild dogs roamed the area and Leah was soon pregnant. The men built a kennel and, at the end of November, she delivered nine puppies.

Concerned about what would happen to the pups, the men discovered an American journalist who was running an animal rescue operation in Kabul. She was working to educate the Afghan people about caring for animals and was also facilitating the removal of some from Afghanistan to America, when possible.

Sean saw a chance to write at least one happy ending in the sad stories he’d been surrounded by since arriving in Afghanistan. He offered to pay for two of the puppies to be sent back to the States. He intended to keep one for himself and find a home for the other. Meanwhile, the journalist placed six puppies in Western households of diplomats and journalists living in Kabul.

“Playing with those puppies was pretty much the best part of my day,” says Sean. “Afghanistan is a depressing place, even with a privileged job. I was worried someone would do something to the puppies or they’d get sick. I was in a frenzy to get them home. A war zone is not a good place for dogs.”

Sean’s concerns came all too true.

On New Year’s Eve, Leah was brutally attacked at the compound and beaten almost to death. 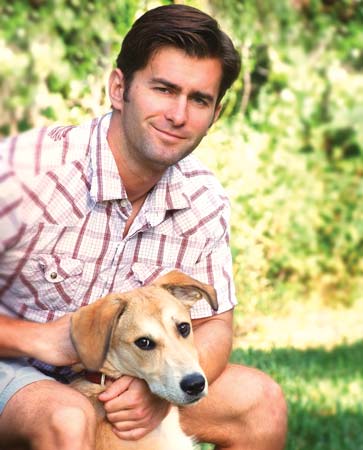 Sean and “Masoud,” one of the dogs he helped rescue
from Afghanistan. The pair will soon be moving to Pennsylvania
where Sean will pursue a medical degree.

“I think it inspired a lot of anger in some indigenous people that we were going to such efforts to save the dogs,” says Sean.

Thankfully, the intervention of the camp’s medic saved Leah’s life.

TO UNDERSTAND why feelings ran so deep for Leah and her puppies, one needs to know the place dogs occupy in Afghanistan. Or rather, the places they don’t occupy—that of “pet” and “family member.”

Because the Koran considers dogs “unclean,” dogs in Afghanistan are merely tools for guarding property and pawns for entertainment, especially dog fighting, which is enormously popular there. For this reason, many dogs have their ears and tails chopped off.

“The Afghans see every type of violence you can imagine against people,” says Sean.  “They just don’t view animals as we do in America.”

During his months in Afghanistan, Sean admits he never saw a single dog that even remotely resembled the classic Afghan hound. Instead, most dogs look like “Labs on steroids,” he says, and many are similar in appearance to the Anatolian Shepherd, a muscular Turkish breed used for guarding flocks of sheep. Thousands of years of natural selection have resulted in dogs that are smart, tough, and endowed with a remarkable sense of self-preservation.

“There are roving packs of wild dogs in the country and some are very dangerous,” says Sean. “We’ve seen a pack attack a 9,000-pound Humvee.”

BEFORE HIS TOURS in Iraq and Afghanistan, Sean envisioned putting his BS degree in English from the Naval Academy and MA in Political Science from Villanova to good use by going into politics. What he experienced in those countries, however, made him reconsider.

He will enter a Pre-Medical Post-Baccalaureate program at the University of Pennsylvania this fall and hopes to start medical school there in 2009.

“This last deployment changed the course of my life,” Sean admits soberly. “I always wanted to be a doctor when I was younger, but I was so obsessed with being involved with special operations. I’m quite ready now to put down the gun and be a doctor.”

He still has dreams, but they have been tempered by reality.

“I can definitely see myself going back to a war zone,” Sean says, “but next time it will be without a rifle.” 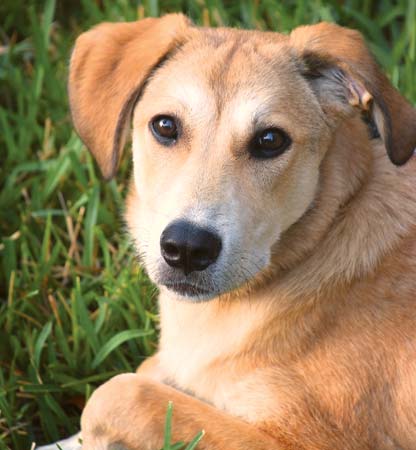 AND THE DOGS? Sean posted regular updates and photos on his blog, and his friends and family helped raise the $3,000 needed to ship the puppy home. Sean himself matched that amount for the other one.

“The process of getting the puppies to America was much more arduous and expensive than I imagined,” he remembers.

From Kabul, the pups—a male Sean named Masoud and a female named Yasmina—went to a rescue facility in Islamabad, Pakistan. Two interminably long months passed before the puppies boarded the plane to New York City. From there, Masoud was flown to Florida where he would stay with Sean’s family until Sean returned from Afghanistan.

“My mom hadn’t had a dog in her life,” says Sean, “so it really blew me away that she volunteered to keep him for me.”

Yasmina was bound for Maryland and her new home with the family who were surrogate parents to Sean while he attended the Naval Academy.

“She’s absolutely thriving,” says Sean. “She’s already figured out how to open every door in the house, even those with round knobs.”

Even Leah made it out of Afghanistan. The hardy dog fully recovered from her near-death beating and now has a permanent, loving home in California’s Ventura County.

The whole experience has left Sean a different man.

“I no longer believe in big, sweeping government change,” Sean offers, quietly. “I just believe in what I can do with my own two hands.”

*Due to the sensitive nature of U.S. Special Operations, we have chosen to identify Sean only by his first name.