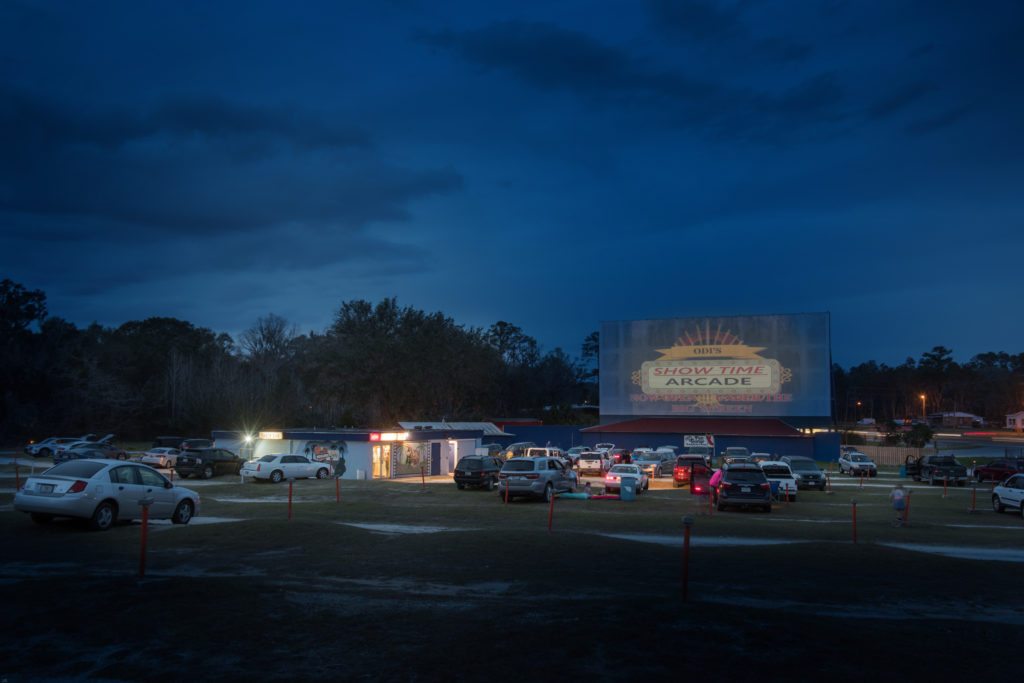 It’s safe to say owning a drive-in theater isn’t a dream for most people, but it’s always been on the “bucket list” for John Watzke. His long-time wish became reality when he purchased the old Ocala Drive-In in August 2010.

Originally named the Dyer Drive-In after the first owners, the drive-in first opened in March 1948.

“The Dyers had come down from Kentucky, but Mrs. Dyer hated Florida and wanted to go back, so they did. Friends of theirs managed it until it was sold in 1957,” relates Watzke, adding that the drive-in changed hands again at least twice before it finally closed in 2002. “At that time, a man named Birchfield was leasing it, but he was shot in the ticket box of a drive-in he owned in Jacksonville, and so this one closed.”

And it might have stayed that way if not for Hurricane Katrina. 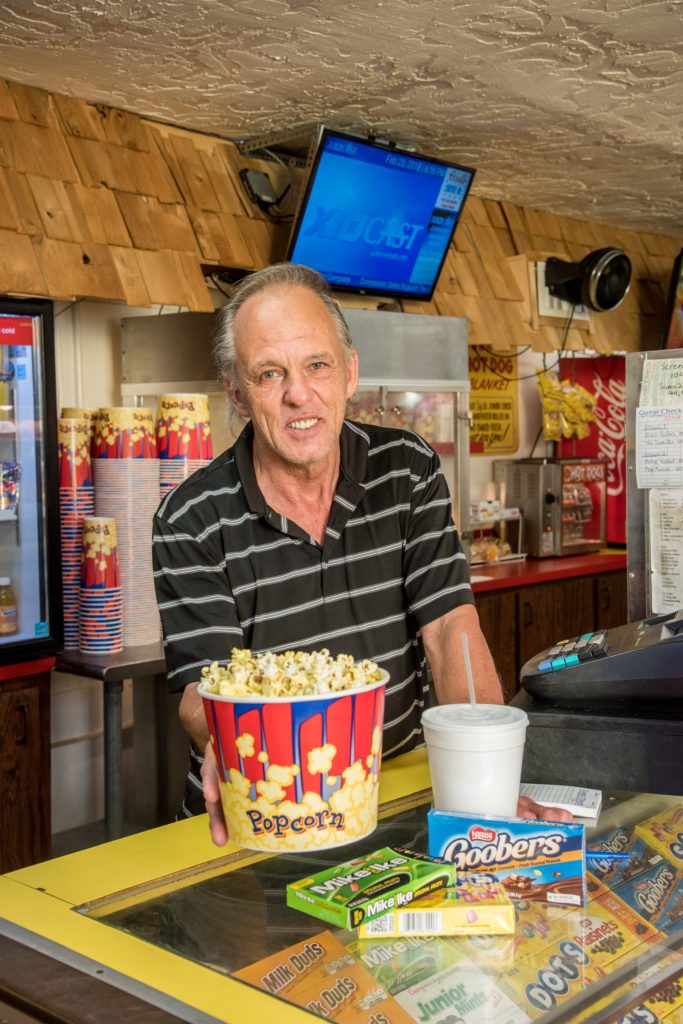 A New Orleans native, Watzke grew up in a family that spent over a century working in the movie business. His grandfather began working as a projectionist in 1913, and his father worked as a projectionist and engineer for Gulf State Theaters, which at one time owned nearly 300 drive-ins. When Watzke was just a teenager, his first job was repairing speakers at the Do Drive-In in New Orleans.

After Katrina devastated his home town, Watzke moved to Florida where he had family in Cocoa Beach. He got a job as a maintenance manager at a condo, but his heart wasn’t in that line of work. Killing time one evening, he browsed the internet and searched drive-in theaters in Florida. Of the nearly 500 operating in the mid-1960s to early ‘70s, less than 10 were still in business.

What he found next made him sit up and take notice. There was a closed drive-in theater for sale in Ocala.

“I Googled the address and looked at the satellite images and saw that the screen tower and concession building were still there,” says Watzke.  “The basics were there, but they were in desperate need of repair.”

Watzke decided he wasn’t going to wait any longer to cross this one particular thing off his bucket list. Using his savings, Watzke bought the Ocala Drive-In and set about restoring it, doing much of the work himself.

With no grants or help from the city or state, it took nearly a year to get the facility ready to open.

“My son asked, ‘With all the new technology today, do you really think people will come?’ I told him, ‘My generation is going to bring your generation so they can fall in love with it just like we did,” Watzke predicted.

And that’s exactly what happened.

Some of those are regulars who drive from as far as Orlando, Chiefland and Tallahassee.

“We’re down to 312 drive-in theaters in the country from almost 7,000 at the heyday,” notes Watzke. “Today the average customer drives 1 1/2 hours to a drive-in just because they are so rare.” 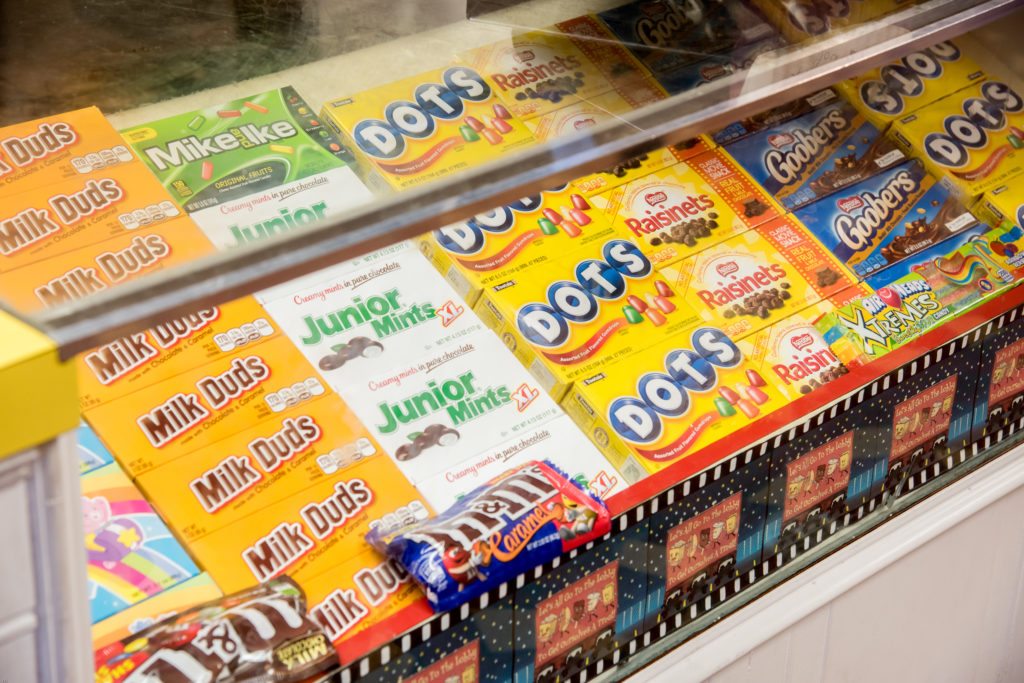 In the “old days,” drive-ins showed movies that were several months old, but that won’t fly today.

“Back then you didn’t have the internet or cable, but in today’s world, if you don’t get a movie within the first four to six weeks, it’s either on DVD, has a tentative DVD release date or is already on the internet. If you don’t get a new movie, you’re pretty much wasting your time,” explains Watzke.

The same day the new Star Wars movie was first shown at walk-in chain theaters (also known as “hard tops”), it was also seen on the big outdoor screen at the Ocala Drive-In.

In addition to showing all new-release movies, the concession prices are half what you pay at walk-ins, plus there’s a lot more variety. Sure, there’s the traditional popcorn, candy and soda, but Watzke has also added options like pizza and even fried green tomatoes.

Just so you know, supporting the concession stand is crucial if you’re going to a drive-in. Film companies take the lion’s share of ticket prices, whether you attend a walk-in or drive-in theater.

Watzke doesn’t want to do that. Instead, he focuses on educating his customers about why it’s important to visit the concession stand and not bring in outside food.

“Just one light bulb for my projector costs $3,000, and I have to change that every three months,” he notes, “so the concession is where I make my operating expenses.”

Patrons at the Ocala Drive-In get plenty of bang for their buck, as each adult ticket is only $6 and is good for two movies. Plus, kids age 6 to 12 are just $3, and those age 5 and under get in free.

“The majority of my clientele are families, so a family of four usually pays only $15 (depending on the age of the kids), and they’re getting two movies,” says Watzke.

The Ocala Drive-In added a second screen in September 2016. The size of the venue makes it capable of hosting large groups; Watzke recently had a group of 230 Girl Scouts camp there.

One of the appeals of a drive-in is that you’re not nearly as restricted as at a walk-in theater.

“Most customers don’t sit inside their vehicles to watch the movies,” says Watzke. “They either sit in lawn chairs or in the back of their truck. We also have a patio area with sound.”

Watzke is a people person and loves to help his patrons celebrate special moments. He’s helped with a fair share of birthdays, prom date requests, wedding proposals, even baby announcements. For example, one man was in the military, and when he returned home, he wanted to propose at the Ocala Drive-In because that’s where he and his girlfriend had their first date. Watzke helped him pull it off and even ran a video the young man made to pop the question.

Now 61, Watzke has successfully battled stage IV colon cancer in 2012 and a broken foot from falling off a ladder while working in 2013. His employees admit it’s not easy to keep up with him, as Watzke is all about putting the customer first. A totally hands-on owner, he handles accounting, bookings, projector work and much of the grounds maintenance. He also helps cook and serve in the concession building.

“You don’t get rich doing this, but it’s something I’ve always wanted to do,” says Watzke happily. “We’re open 365 days a year, and I’m here all day working, but it feels like a hobby to me.” 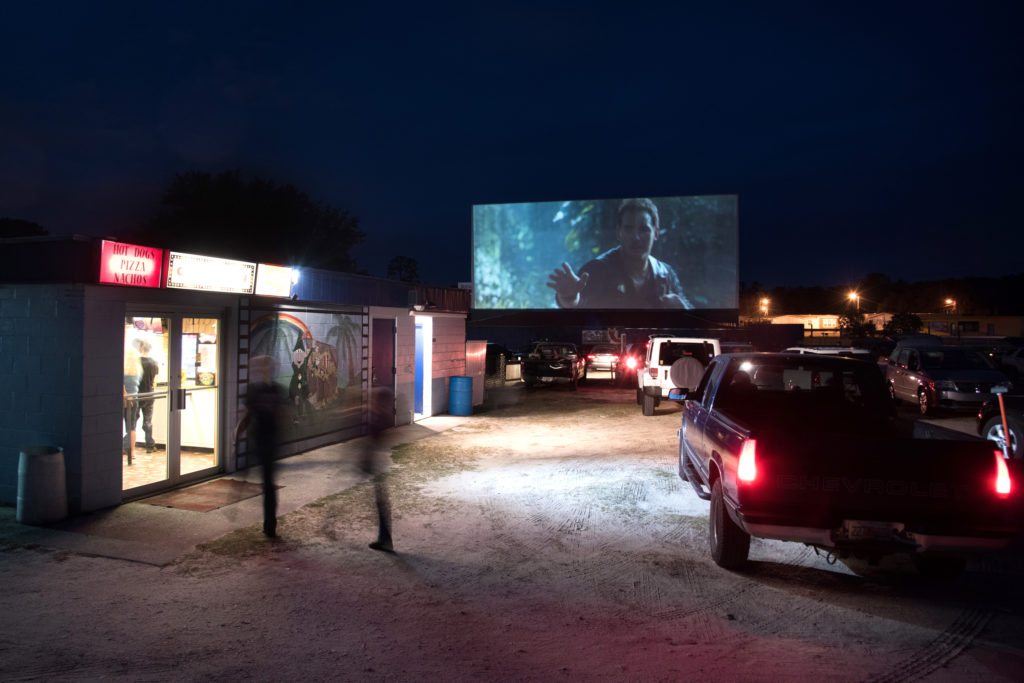 Richard Hollingshead, Jr., an auto parts sales manager in New Jersey, gets credit for inventing the drive-in theater. Rumor has it that he did so to accommodate his mother whose generous proportions wouldn’t comfortably fit in a conventional movie theater seat. His first experiments included a 1928 projector on the hood of his car, a screen tacked to backyard trees and a radio for sound. Hollingshead patented his idea, and in 1933, along with three investors, he built and opened the first public drive-in in Camden, New Jersey. Ticket price? Just 25 cents per person and per car.

Initially, drive-ins had speakers you mounted on the car door, but after countless speakers were ripped loose when drivers forgot to remove them before leaving, technology changed so that sound was transmitted via FM frequency through the car’s radio.

Florida joined the trend when the state’s first drive-in theater opened in Miami in February 1938. The Sunshine State’s mild weather made it a natural for the drive-in, and by the mid-’50s, there were over 150 in operation.