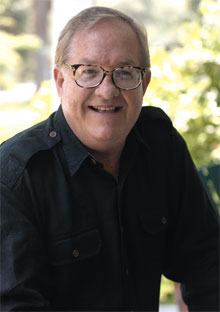 Maybe we should short Christmas in our stock portfolios this year.

Sometimes we live under the false pretense that we’re insulated here in the friendly confines of Ocala and that all that bad stuff that happens out there won’t happen to us here.

If the dose of reality that came with your August and September utility bills didn’t send you a shock, then the crash on Wall Street certainly must have.

That’s why I am declaring 2008 the official “Year of The Austere Christmas.” All you Material Girls and Boys in Marion Country, take heed to this advice for this holiday season—less is more.

It’s time to recalibrate after the official end of the Wretched Excess Era. Following the laws of gravity, what has gone up has come down. And I’m not talking about just gas prices.

I’ve always lived by the theory that instead of standing around wringing your hands, do something.

This theory stems from my experience dealing with hurricanes, including being trapped in the eye of Charley. Every year when I find myself in the dreaded Cone of Uncertainty, I trot down to Walmart or Lowe’s or Home Depot and begin re-stocking my Hurricane Survival Kit. The few bucks I spend for batteries, flashlights, and a weather radio bring me peace of mind.

We would all do well to take a page from our parents and grandparents, who were somehow able to live without what some would consider extravagances—from European vacations to fancy automobiles to private schools to a five-dollar cup of coffee.

Back when some of us were growing up, vacations were a week-long visit to the home of an aunt and uncle. Just having a car was affluent, and two cars were for the super rich. The idea of paying to go to school was as foreign as, say, paying for air to put in your tires (something we do today without so much as an afterthought). Expensive Christmas gifts were out of the question, and the idea that one family member might get more than a couple of packages under the tree was truly excessive.

At our house, we’ve always had a penchant for over-buying at Christmas. You know you’ve gone overboard when you’re still opening gifts at noon. So this year, I’m stuffing stockings with something different: gift cards or traveler’s checks. And at least some of them can be spent after the holidays when the sales get underway.

The theory is that we’re sort of building a Christmas Hedge Fund because from all reports, it’s going to be a season of light spending.

Now, I realize our local businesses have to make a buck, too, so we’re going to shop at our favorite merchants for your needs. I’m also suggesting that we not shop online this year and make purchases locally.

There are lessons to be learned from an economic downturn, such as getting back to the basics and restoring some intrinsic values to our daily lives. We need to reconnect as neighbors. Ocala has always been a city of friendly neighborhoods, and I’d hate to see that change.

One way we hope to do that is by baking cookies and taking them to neighbors who we really haven’t gotten to know yet since moving in over the summer.

Now that I’ve declared this in print, I guess I’m beholden to the idea, so hopefully my neighbors don’t mind me showing up at their front door.

I know. You’re probably saying, “Who does this guy think he is giving us financial advice? Warren Buffett?”

Well, no. But it can’t be any worse than what you’ve been getting out of Washington and New York lately.

So have a Merry Austere Christmas. You’ll be glad you did.

Buddy Martin is the executive editor of Gator Country Magazine and www.gatorcountry.com