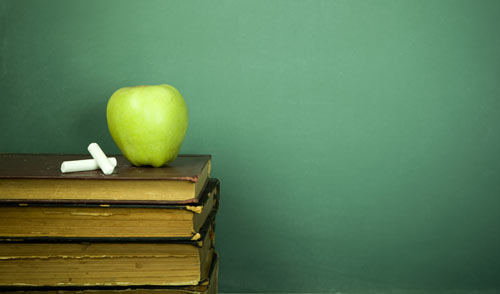 Until now, most of the changes taking place in Marion County’s schools—the result of $24 million being cut from the budget this year alone and $51 million since 2007— have been behind the scenes: things like reducing school support services, not filling vacant positions, slashing department budgets, privatizing some custodial services and sending district administrators back to the school level.

It’s been a painful process that most parents don’t realize. Most schools have adjusted to smaller budgets, fewer resources and less people to do the same jobs, including teaching daily lessons, administering the FCAT, supervising personnel to satisfying parent requests, completing required government paperwork and fulfilling unfunded mandates. Our teachers and administrators have worked hard to protect learning in the classroom while handling a myriad challenges elsewhere.

To their credit, and despite higher accountability standards, our district remains a “B”-graded district by Florida’s Department of Education—just 15 points from an “A.” And, we are ranked third lowest in the state in administrative costs. For critics who disagree with either result, the proof is in the pudding.

On top of this, the district finance department just earned its Certificate of Achievement for Excellence in Financial Reporting from the Government Finance Officers Association. It’s the 11th year in a row the department has earned the honor.

So “doing more with less” is very much the daily norm for our district. Case in point: the Tools-4-Teaching store at the Public Education Foundation. Open just two school years now, 2,237 teachers shopped the store this past school year, taking home over $150,000 in supplies that otherwise would have been paid for by those same teachers.

To further illustrate the toll a tough economy takes, consider the number of children eligible for, and taking advantage of, free and reduced meal programs. In 2007, 56 percent of all students were eligible for breakfast and lunch at a free or reduced price. This past school year, this number jumped to 64 percent—or about 4,400 more kids than just four years ago. Even more students could be eligible but don’t apply, for whatever reason. Obviously, a tough economy makes things tough at home and tough at school for many students.

Public employees are also involuntarily contributing to the budget cuts, including all 6,000 school district employees in Marion County. Beginning July 1, all public employees in the state of Florida are taking home 3 percent less on their paychecks thanks to a legislative mandate for retirement. That amounts to savings for the district but less in every paycheck for every employee.

Even with these “behind-the-scenes” budget cuts, this year will likely be different because the potential cuts are visible and tangible—everything from a continuous hiring freeze and no substitute teachers to fewer, if any, school resource officers and little to no supplements for coaches and club sponsors.

Superintendent Jim Yancey and members of the Marion County School Board will hammer out the budget this month and approve it in early September. What the final numbers will be remains questionable, but the cuts it takes to get to that point will certainly be felt throughout our community. And next year already looks gloomy—the district faces an additional $8 million cut, and even more could be likely.

Everyone needs to realize the four-day school week, which was approved in June, isn’t happening this year, but here’s notice for you—school board members did approved the radical calendar for the 2012-13 school year. So, whether it be Mondays or Fridays off, students and staff will spend an extra 75 minutes in class four days each week to make up for the fifth day. While the board can decide to return to the five-day school week if the economy rebounds, you should start considering your options if the four-day week poses child care issues for you.