The Ocala Youth Symphony is in its 21st year under the direction of Cindy Warringer. Focusing on the education and professional development of young musicians in the Ocala/Marion County area, it offers free concerts to the public.

Cindy Warringer’s inherent love of music is infectious. Spend five minutes with her and you’ll be seriously considering signing up for piano lessons. 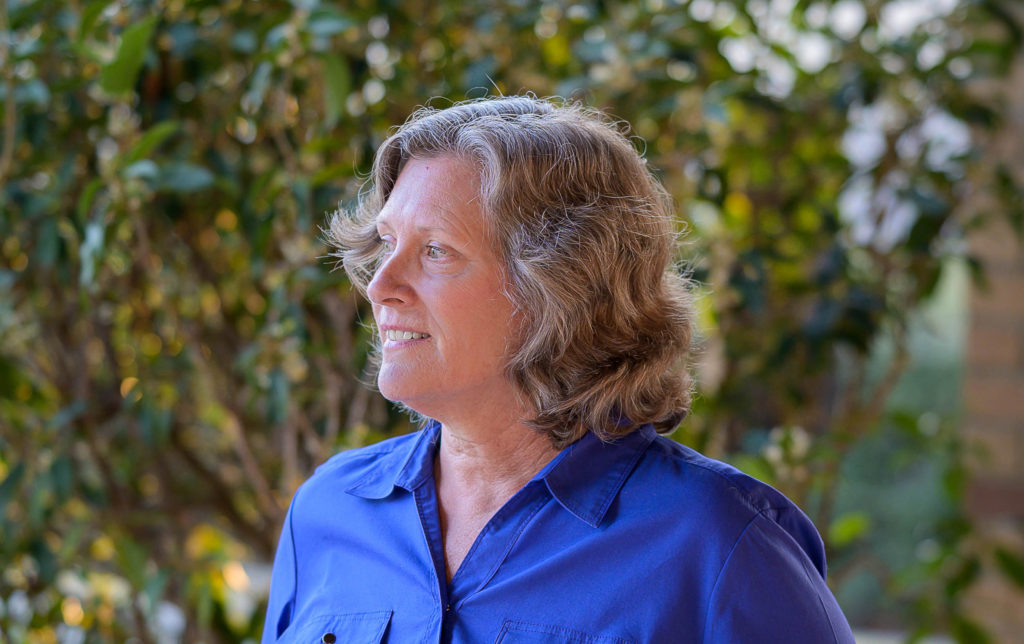 “Many generations of my mother’s family were musical, including a couple of opera singers. My mother played the flute,” says Warringer, smiling. “I grew up listening to classical music in a house with a piano. I started taking formal piano lessons when I was 8 and never stopped playing. I love the emotion you can convey through the piano. The piano remains my favorite instrument.”

Warringer earned a bachelor’s degree in music education from Lindenwood University, which is in her hometown of Saint Charles, Missouri. But marriage and raising a family put her music career on hold.

“I worked in the financial services business for 12 years and never really liked it,” offers Warringer, who is certified to teach multiple instruments and vocals. “My late husband Randy Robertson and I moved to Ocala in 1990 when he got a job with Lockheed Martin. I started giving private lessons, including piano and violin. We joined the First Christian Church and I became the church’s music director for the next 21 years. For the past five years, I’ve been the church musician.”

And it was at First Christian Church that the Ocala Youth Symphony (OYS) had its beginnings.

“The late Ken Blanchard, who was a professional clarinetist, and I began talking one day about how we wanted to do something for young musicians beyond music classes in school,” recalls Warringer. “The idea we came up with was a youth symphony. We presented the project to Rev. Douglas Moore and the First Christian Church board. It was accepted and we sent out audition notices to all the area middle schools and high schools.” 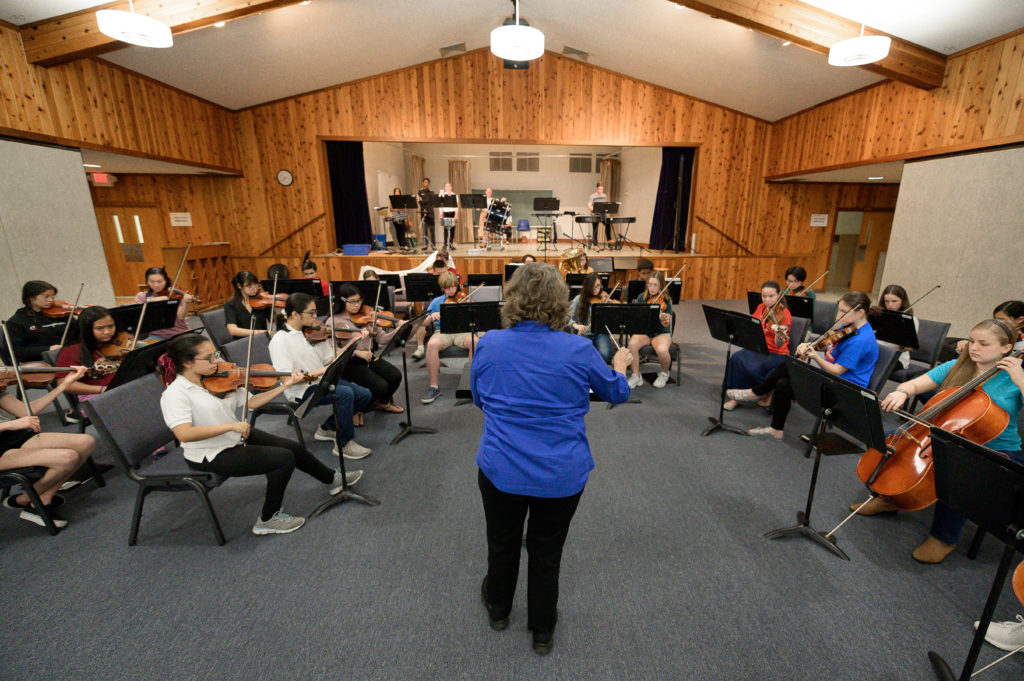 The first auditions were held in August 1999, followed by rehearsals that September. The OYS performed their first concert three months later, on December 12th. Since that initial concert, Warringer has been the OYS director and conductor.Fast forward 21 years and the OYS is still performing free concerts, generally four to six a year. Every December the OYS performs with the Ocala Symphony Orchestra in the Symphony Under the Lights show.

Ten auditions a year for middle and high school students are spread out through August, September and January. Musician ages range from 10 to 18, although Warringer has accepted students as young as 8.

“At the audition, a student must play at the most advanced level he or she can, must be able to play scales and must be able to sight-read music,” Warringer explains. “Most of the students who audition have taken private lessons or play in a school band. They don’t have to be superstar musicians, but they do have to have some musical literacy. All students must have their own instruments.”

The symphony typically has 40 to 50 musicians, which Warringer finds is a manageable number. 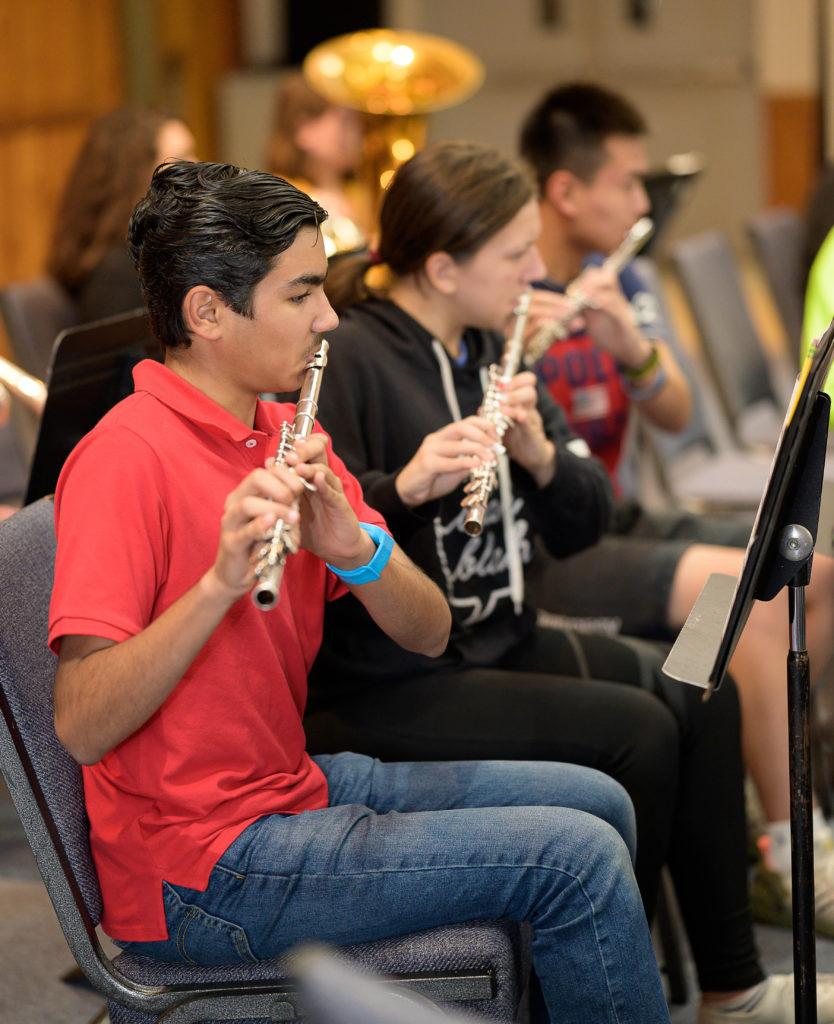 “Besides the music, being in an orchestra teaches great life lessons like teamwork and commitment,” says Warringer. “You have to rehearse and master your instrument. But it’s not about just one person; all the members of the orchestra have to work together for a great performance.”

Warringer likes to challenge the OYS members and admits they challenge her as well.

“Technology and YouTube have put a different spin on how students approach music,” she notes. “I’ll have students come who can perfectly mimic a musical piece they saw on YouTube, but they can’t read music. But to be in the OYS, they have to be able to sight-read, so that is a learning curve for some.”

The OYS plays all music genres, including classical, contemporary, country, jazz and even movie soundtracks.

“As a challenge, I had them play the soundtracks of Wonder Woman and The Greatest Showman. They were a bit intimidated at first, but in the end, they loved it,” says Warringer. “I also let the seniors each pick a piece of music to develop, prepare and conduct. And we have duets and solos as well during a show.”

“It’s amazing to me that we’ve been doing this for more than two decades now,” she affirms. “I still love making music with the kids and sharing it with the public.”