Pay a visit to Micanopy, where everything old is new again. 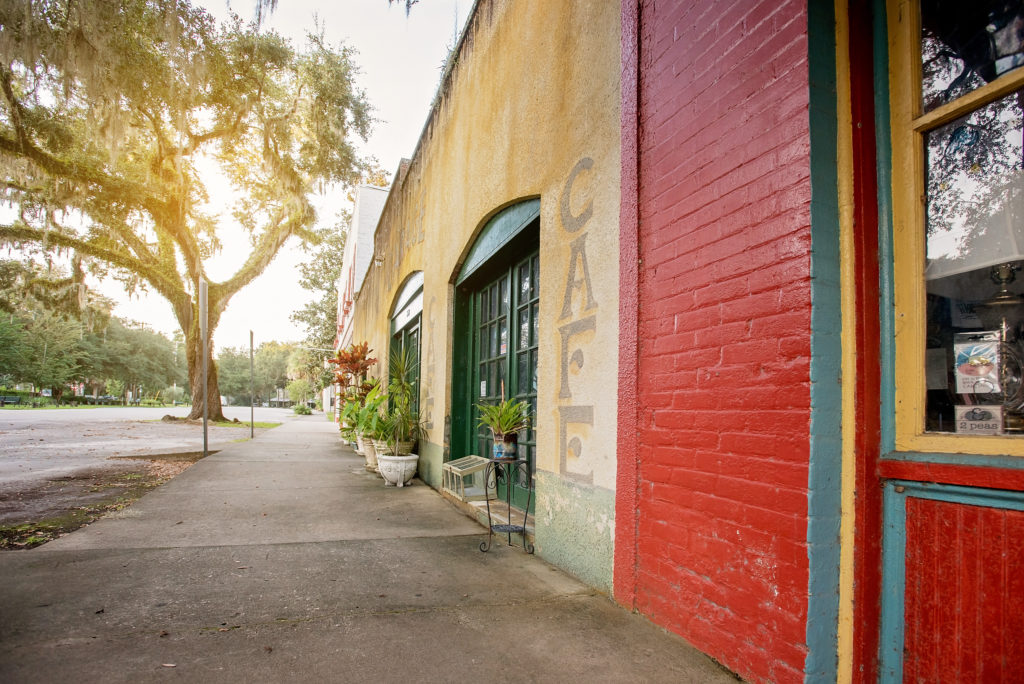 About 12 miles outside of Gainesville, West of U.S. Highway 441, is a little piece of Old Florida that has been enchanting visitors for over a century. Micanopy is not only off the beaten path, but if you blink, you’ll miss it. The name (pronounced mic-a-no’-pee) honors an Indian chief and the role the area played in the Seminole Wars. The downtown is approximately one-square mile in size, and the population hovers just above 630 people. It is most noted for the well-worn but undeniably enchanting turn-of-the-century buildings that line the town’s thoroughfare—rendering a scene like something out of a period film. The New York Times went as far as to say, “It’s hard to stand on the main drag without a faint anxiety that at any minute movie studio security guards are going to roust you off the set.”

So it’s not entirely surprising that the town played a starring role in two major Hollywood films of the 1980s and 1990s, Cross Creek, starring Mary Steenburgen and Alfre Woodard, and the blockbuster Michael J. Fox film Doc Hollywood.

Shaded by a canopy of live oaks draped in Spanish moss, at first blush Micanopy appears to be “the town that time forgot.” But that oft-repeated description doesn’t adequately describe what makes it special or the spirit that continues to attract visitors from all over the world.

At its heart, Micanopy is a town of resilience and reinvention. Founded in 1821, after Spain relinquished Florida to the United States, it sits upon the site of a former Indian village and trading post. It grew into a booming hub for the sugar cane industry, but the town and neighboring plantations were burned to the ground during the Second Seminole War. Some of the original inhabitants returned to rebuild and helped Micanopy rise again, becoming the leading orange producers in Florida. However, a freeze in 1894 devastated orange production, so the farmers redirected their efforts and flourished by growing winter vegetables for northern markets. 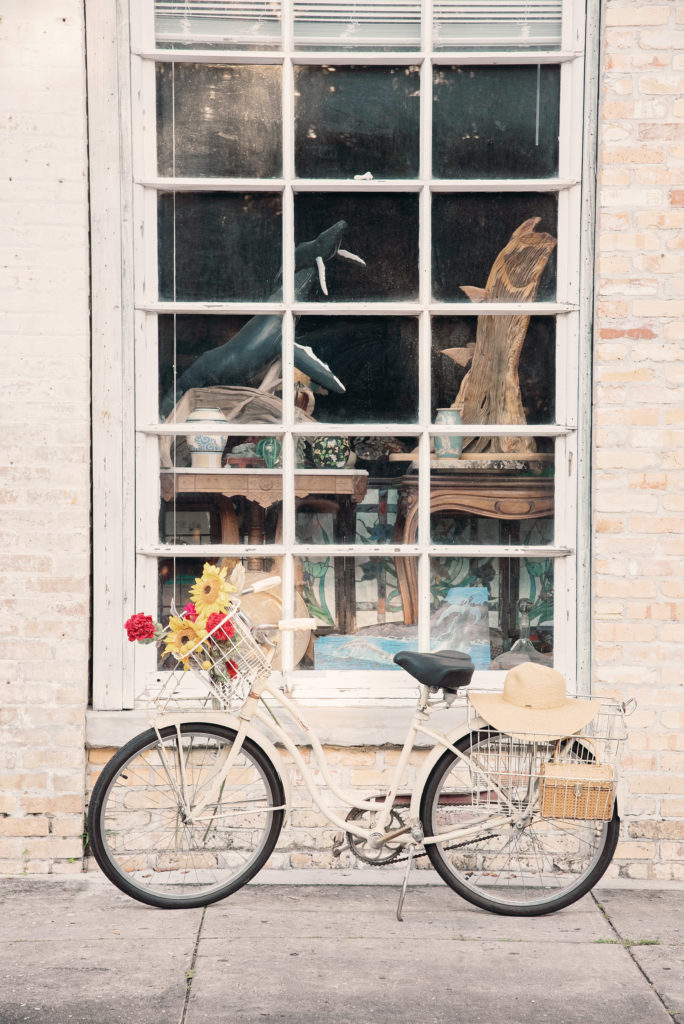 The 1920s saw truck farming largely displaced by other industries, and when the Great Depression hit, the town fell on hard times again. Locals continued to face many such obstacles over the years, all while fending off developers and noisy interstates to preserve their beloved haven. In the 1970s, a group of artists and hippies descended on the area. Soon art studios and antique shops began filling the empty storefronts that once housed many of the town’s cornerstone businesses.

By the 1980s, the downtown area was designated a historic district, and Micanopy was regarded as the top antique shopping destination in the state, creating a booming tourist business. Today, Micanopy is undergoing another such reinvention, as artisans and entrepreneurs are once again breathing new life into the old town. Northeast Cholokka Boulevard, Micanopy’s main street, is still home to antique shops filled to the brim with vintage treasures and several art galleries, but there are also specialty boutiques, unique gift shops and charming eateries in the mix. The newer businesses not only co-exist with the older shops, but there is an authentic “we’re all in this together” spirit that seems inherent to the town’s DNA. There’s also no sign of neon or a single chain store. After all, who needs Starbucks when Mosswood Farm Store & Bakehouse (mosswoodfarmstore.com) serves up exceptional coffee and baked goods, as well as an occasional live music performance?

“We like to call it an eco-friendly general store, that has morphed into a coffee shop and bakery,” offers Joe Pierce, the chief baker in this family-run business. “We make everything pretty much from scratch on premises, and we’re one of the only places in the area that sells vegan goods. We source locally grown seasonal veggies and use ingredients from our own garden. We offer bread making and pie making workshops, as well as pizza parties with live music,” he continues. “We work a lot and don’t get a whole lot of time off, but we love what we’re doing. That goes a long way.”

Pierce is not alone in the sentiment. The town’s other business owners, which includes a number of new faces, share in the love and have helped stimulate growth in recent years. Among them are the members of the newly revitalized chamber of commerce, who finish each other’s thoughts with the ease of a long married couple.

“The shops are really quirky and unique. Outside of a place like Micanopy, everything is so standardized. There isn’t really the chance to discover something unexpected,” explains Dina Michael, owner of the vintage clothing and jewelry shop Winters Past (winterspast.com). “It’s exciting for people to explore the shops, browse some vintage clothes or records, check out some artwork and hear live music. This is Old Florida at its best, but we’re also modern.”

“Take Glenn’s shop for instance,” interjects Christine Black, a fine artist and photographer who recently relocated to the area from Key West and opened Blackbird Farm & Studio (micanopyblackbird.com), where she and her husband, Bill, operate an organic and pesticide-free flower and vegetable stand, as well as an art studio and gallery. “It attracts all the hipster kids.”

“And their grandparents!” the aforementioned Glenn Albin chimes in without missing a beat. Albin, who relocated from Miami three years ago, is the owner of Micanopy Modern (micanopymodern.com), which offers an artfully curated mix of mid-century and 20th century furnishings and collectibles.

“Micanopy’s forefathers tried to keep it off the radar. But it keeps getting discovered and rediscovered,” he continues. “The challenge—and it’s a wonderful challenge—is finding new ways to get people excited about coming here. Because this is a destination—you don’t accidentally wander into town.”

“There’s a lot of new energy here,” offers Andy Thurber, another recent transplant from Key West, who operates Grasshoppa Gallery where he sells not only his own artwork but the works of many other area artists. “All of the artists here are part of it. We’re not behind the curve because we came here and set up businesses; we’re ahead of the curve,” he declares. “We think it’s about to blossom beautifully.”

“As an artist, every time I walk down the street, I’m in awe,” Black explains. “It’s a lovely place that you really never want to leave.”

“Half of the people who come to my store ask me if there’s a Realtor in town,” Ms. Michael asserts. “They come for the day and all of a sudden they want to live here.”

“It’s the kind of town where everyone gets to know one another. People are relaxed and in a good mood,” Albin says, continuing the thought. “The greatest thing for me about living here is just the chance to slow down. You really do slow down here.”

That and the town’s penchant for reinvention has made it an ideal community for those seeking the slow-living, back-to-basics lifestyle that has become increasingly popular in recent years.

“In such a chaotic world, there’s nothing like that feeling of stepping back in time to a kinder, gentler time and letting go of all that other stuff out there,” offers Monica Fowler of Delectable Collectables. “This is my 38th year here, and it’s the total package—the ambience, the history, the people, especially the other shopkeepers.”

“When I first came here, I’d never heard of Micanopy, but I thought, ‘Wow, this place is gorgeous,’” he recalls. “All the businesses in town have been so supportive and recommend us to all their customers.” 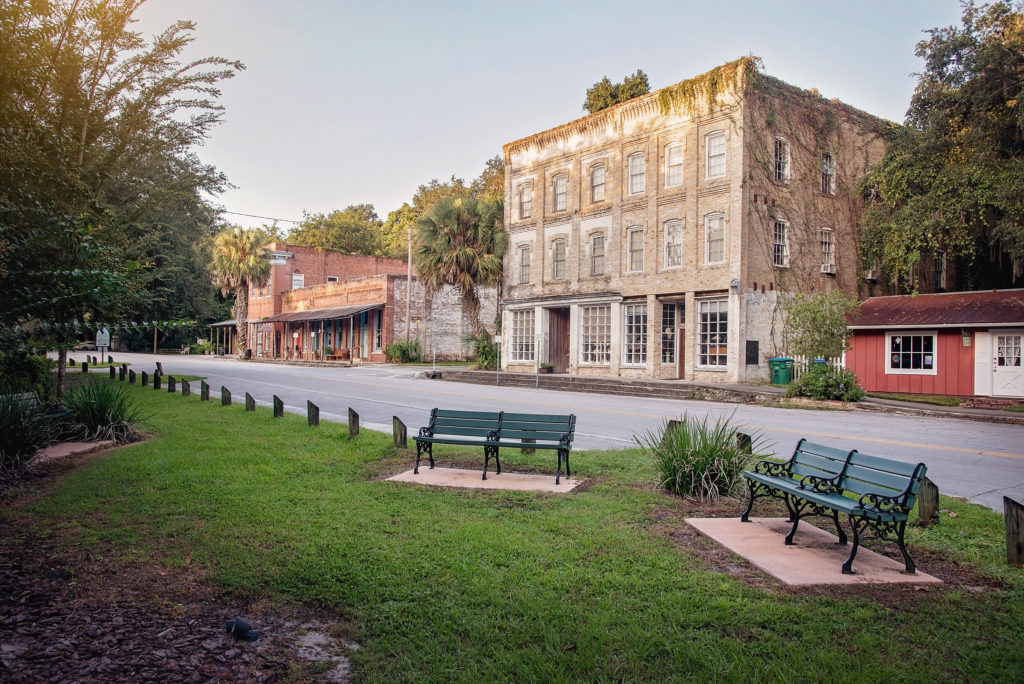 And the customers delight in the award-winning bed and breakfast’s Old South architectural grandeur, hospitality (which includes three-course breakfasts, home-baked cookies and wine in the evening), antique furnishings and wide verandas, replete with upholstered swings and rockers that overlook the manicured garden.

Elsewhere in town, there are lots of great shops to explore. One of the most distinctive is Marlene Oberst’s delightfully whimsical The Shop (welcometomicanopy.com) where you could spend hours browsing the extensive array of new and vintage furnishings, home goods and holiday-specific collectibles. The Outpost (micanopyoutpost.com) offers great antiques and an extensive collection of Florida Highwaymen paintings. Tucked under its eaves is a tiny log cabin built in 1930 as a restaurant, where Miss Maudie Mae had locals lining up for her famous frog legs. It’s now the home to a charming artist collaborative called Gallery Under the Oaks. Down the block, you’ll find Shady Oak Gallery (shadyoak.com) with its selection of intricate stained glass, jewelry, wind chimes and pottery.

If you crave more excitement, the Micanopy Fall Festival (micanopyfallfestival.org), which takes place on October 27 and 28 this year, is a weekend where the normally quiet village is taken over by a bustling event that draws thousands. Artists, crafters, musicians and vendors from across Florida converge on Micanopy for two days of festivities.

“It’s fun and raises a ton of money for local charities,” explains Ms. Michael. “But if you visit at any other time, you’ll have a very different experience. So absolutely come for the festival, but plan to come back another day to experience the real essence of our town.”

Micanopy is a place with a fascinating history and the charm of centuries past. But it’s also alive with some powerful new energy and a spirit of renewal. So take a day or a weekend to experience the magic that is Micanopy.

*Please note, because of many schedule changes related to COVID-19,...

A first visit to the gynecologist doesn’t have to be...

An abstract art show will put the spotlight on local...

Cancer is currently the second leading cause of death in...

Following an “eat the rainbow” plan can help you achieve...

Grieving is a part of life, but Ocala storyteller

Their love story is right out of a romance novel.

While the Appleton Museum of Art is currently clos

Laughter is the best medicine! That’s what our n

If your goal is to run—5K, marathon, or any dist

A field of sunflowers and honey bees caught the ey

Feel the love in Erin and Mason Shuford’s weddin

From breezy florals and feminine jumpsuits for the

With a large range and improvisatorial focus, this

A formidable group of local equine advocates has m