Local swimmer Elise Bauer is set to fulfill the promise she made Coach Bill Vargo two years ago—to become the first from his Central Florida Marlins swim team to compete in the U.S. Olympic Trials next summer.

If a marlin  took the form of a human girl, it would be easy to imagine that fish being Elise Bauer. Like the fish, Bauer is long, lean and a truly fast swimmer. After swimming competitively with the Ocala-based Central Florida Marlins Swim Club for the past three years, the 17-year-old Forest High School senior is headed to try out for Team USA in June 2020 in Omaha, Nebraska. She qualified while competing in the Phillips 66 National Championships last month in California. 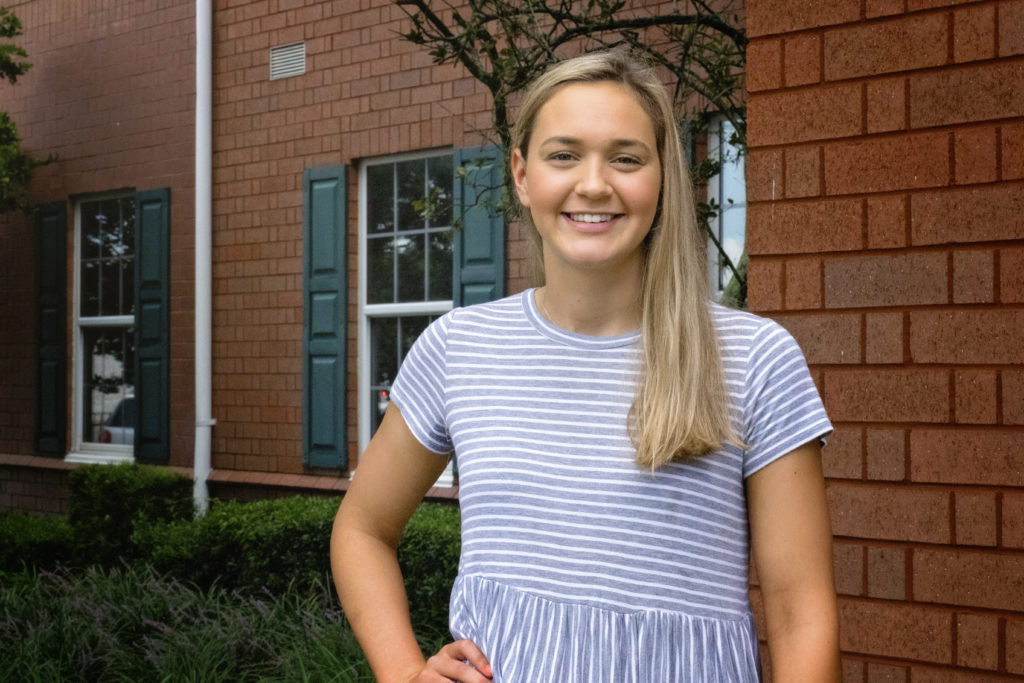 “It was really exciting,” Bauer exclaims with a smile. “It was a good experience to be around the biggest role models in swimming—just being in the same pool as Olympians was really cool.”

Bauer was the only Marlin to qualify for the national championships, perhaps because she has shown such consistent devotion to her sport since she started taking swim lessons when she was just five years old.

“She works hard every day and I think that helped her get there,” says Marlins Coach Bill Vargo, who’s been Bauer’s coach for the past three years. “She has talent, you have to have that, but she works hard day in and day out.” Vargo was so proud of the personal best times she set— 8:45 in the 800-meter freestyle and 16:39 in the 1500-meter race— that he bought her a steak dinner.

As any teenager would be, Bauer was slightly embarrassed when she returned to Ocala and saw the marquee outside her mother’s workplace, Community Bank on SW 19th Avenue.

“This bank is like a family—the administration really cares about you and your family,” she explains.

Parents Chris and Tara Bauer encouraged their only child to participate in sports, but Chris, who excels at tennis, and Tara, who played softball and soccer, let Elise choose her own sport, and she told them “I want to swim.”

Now, looking through a photo album, Tara points to a photo of a much younger Elise.

“That’s your first swim lesson,” Tara remembers. “You wanted to jump off the high dive the next day.”

Bauer says spending 20 to 25 hours a week training in the pool actually helps with time management. She’s verbally committed to the University of Florida, where’s she’s been offered a partial swimming scholarship. But first, this student wants to take part in as many fun senior-year activities as possible, and enjoy some free time hanging out with friends and her three dogs.