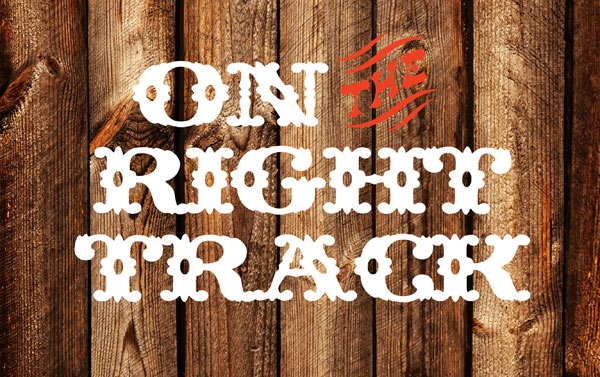 From abandoned train to agri-tourism destination, the Kirby Family Farm is proving itself to be a worthwhile daytrip.

It took almost three decades, but Daryl Kirby finally got his train.

That’s right, a train. Not a toy train but an actual 100-plus-year-old steam engine that once chugged along the rails of the Denver & Rio Grande Railroad. And what’s more… he wants to share that dream-come-true train with the rest of the world.

The train might have been the inspiration that sparked the dream behind Kirby Family Farm, owned by Daryl and his wife, Tracy, but it’s only a part of this remarkable story. To learn the rest of the tale, we need to back up a few years.

Daryl, 43, was born in Lakeland but spent as much time as possible with his grandfather, Lincoln Phillips, on his farm in Seffner. An engineer, Phillips was delighted to share his love of all things train-related with his grandson, and Daryl was eager to learn. Some of his favorite childhood memories involve playing in the “bone yard” of old train parts when granddad would take him along to the rail yard.

Nicknamed “Peppy” (for “perpetual motion”), Daryl spent countless hours creating an imaginary world in the backyard where he played with his Matchbox cars and trucks, escaping a far-from-perfect home environment.

Tracy, 36, grew up in the Williston area where her family has a long history. Although she came from a happy, intact home, at a family reunion she once discovered that a distant relative had the dubious distinction of being the last person hung for his crimes in Levy County. Apparently, every family has a few outlaws and rebels.

Tracy went on to marry and have two sons, while Daryl married and had three daughters, but both marriages ended in divorce. The two later met when Tracy rented videos from the store Daryl owned in Williston. The couple married in 2003, blending their families and five children, who currently range in age from 13 to 21; they also have one granddaughter.

After marrying, Tracy finished her teaching degree and taught at Williston Elementary School from 2007 to 2013. She loved teaching but quickly realized that many of her students were hungry to learn more “important stuff” than academics, the life lessons that a public school teacher couldn’t really touch on. She began to wonder if there was a way to offer programs outside of the school setting that would meet those children’s needs. The couple started searching for property where they could create a Disney-like educational farm for children and families, a giant version of the imaginary backyard playground Daryl escaped to as a young boy.

Daryl shared Tracy’s passion for helping children, but he’d never gotten over his fascination with trains and the desire to have one of his own. Neither of them knew they were about to combine both dreams into one amazing reality, which would take an enormous amount of faith.

“When I was a kid, Six Gun Territory (the former attraction in Silver Springs), was auctioning off its equipment,” Daryl recalls. “I’d saved up $500 and wanted to go to the auction in hopes of buying one of their trains, but my mom wouldn’t let me go.”

It took 30 years, but Daryl finally found his train. 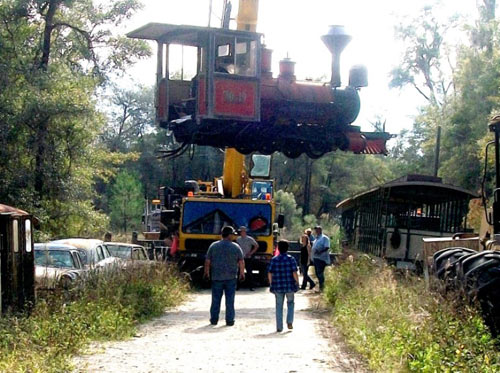 Getting the train to the property was a feat in itself, and it all came about with the help of volunteers. Everyone involved—from the 120-ton crane operator to the police escort—volunteered their services, including a man who happened to be a master diesel mechanic and wanted to help Daryl get the old engine running again.

“We’ve had a lot of volunteers help and couldn’t name them all, but Neal Frisbie poured his heart and soul into this dream. He spent more time then anyone making sure #19 was in tip-top shape,” Daryl relates.

“It was originally a steam engine but had been converted to diesel hydraulic when it was used at a theme park in the ‘70s. When I found it, squirrels were living in the engine, but in just under a year, we had it running.”

When the Kirbys bought their train, Daryl thought it was priceless, but they had no idea of its actual value. They were stunned when it appraised at over $3 million. The engine, known as #19, and five cars (originally box cars) date back to the late 1800s and were once part of the Denver & Rio Grande Railroad (D&RG), the original narrow gauge railroad to steam through the Rocky Mountains.

“The appraiser told us it’s one of only three trains like it operating in the world and will only increase in value. There is a waiting list of theme parks wanting to buy trains like this,” says Daryl proudly.

Today, Kirby Family Farm has the largest railroad on private property in the state of Florida and third largest narrow gauge railroad—public or private—second only to Disney World and Busch Gardens. There are 1.3 miles of track painstakingly put together rail by rail. The first train ride took place in December 2012, and that same month, Kirby Farm hosted its first small Christmas Express for family and friends. They were up and running, but 2013 exceeded all of the expectations Daryl and Tracy had for their fledgling operation. 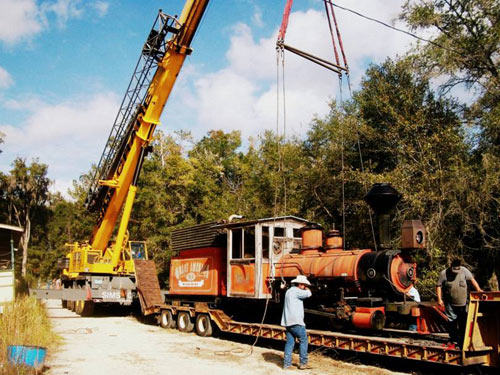 In that first full year, Kirby Family Farm had four events: Rock-n-Roll Easter Train, featuring the world’s largest annual Easter egg hunt (125,000 plastic eggs hidden about the property; every kid got a goodie bag and was entered into drawings for great prizes and gift cards); Dad’s Day in June (a blowout for the whole family on Father’s Day, complete with monster truck rides, airboat rides on the grass and the kids from the hit A&E show, Duck Dynasty); The Lost Railroad (a Halloween event that is family fun-oriented instead of scary); and Christmas Express in late November and December, a magical train ride through thousands of LED lights, along with a live nativity scene and an outdoor cinema.

“In 2013, our goal was to have 10,000 people come through the whole year, but we ended up with over 25,000, and by the end of Christmas Express, we were having to turn people away. Over 10,000 people came just for that event,” says Daryl, his face registering both awe and satisfaction. “We were overwhelmingly blessed. We’re already excited about Christmas Express 2014!”

“This project is costlier than we thought it would be, but God has met all our needs. Everything has come together, but it’s been day to day. For our first Easter egg hunt, we had no sponsors, but two weeks before the event, we got a surprise in the mail when the IRS sent us an unexpected check after refiguring our 2005 taxes, so I guess the government was our sponsor that first year,” laughs Tracy.

Now a 501(c)(3) non-profit organization, Kirby Family Farm is an agri-tourism destination, one of the fastest-growing forms of tourism in the country. Plans are in the works for a 10,000-square-foot barn where kids will be able to interact with animals and learn from hands-on activities, from milking cows to feeding baby piglets.

“We hope to have a native wildlife species habitat there, too,” adds Daryl. “When Silver Springs attraction closed, we were offered their black bears, but we weren’t ready for that yet!”

Tracy’s days in the classroom have ended, so she can devote all her time to Kirby Family Farm, but that doesn’t mean she’s not teaching anymore.

“This is all about education, opening up minds and imaginations for the kids. It’s really a 173-acre classroom for children. Life is so fast-paced, but a farm automatically makes you slow down. We had a field planted in peanuts last year and had several field trips where kids got to harvest their own peanuts,” says Tracy, who leads youth worship at Meadowbrook Church in Ocala.

In 2013, she designed and launched “Friends of a Hero,” a free after-school program that is focused on behavior intervention, character and team-building. It takes place at the farm on Mondays and Fridays and has been enthusiastically received.

Despite the enormous positive energy generated by the events of 2013, the Kirbys’ venture has not been without devastation. The couple was thrilled when Tracy became pregnant, only to lose the baby in late 2012.

But that hasn’t shaken their faith or their enthusiasm for reaching out to children.