An Ocala storyteller and illustrator combine their talents to create a unique children’s book with a message of inclusiveness via art. 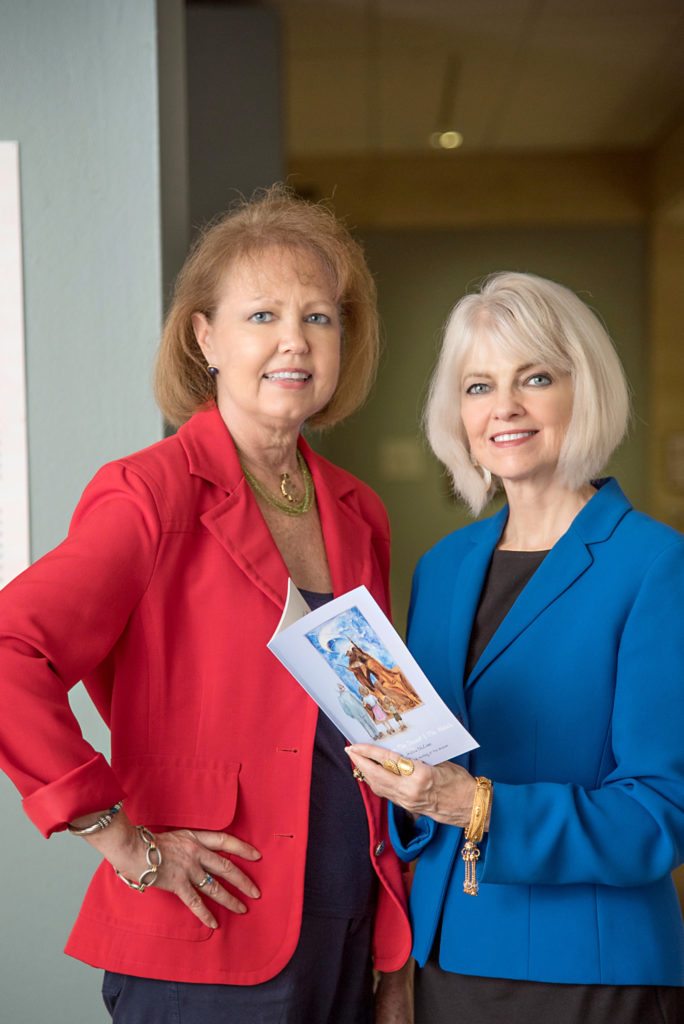 Do you believe in magic?

Jessica McCune and Lila Ivey do. More to the point, they believe in the magic of art. And that belief has led to their collaboration on the children’s book, The Patron, The Docent & The Webelo. The 32-page book, beautifully illustrated in Ivey’s watercolor line drawings, is based on McCune’s enlightening encounter while a volunteer docent at the Dallas Museum of Art.

“One Saturday morning, I was called in to lead a group of Webelos on a museum tour,” says McCune. “Not thrilled to give up my day off, I went with low expectations and didn’t even know what a Webelo was.”

Once at the museum, McCune found out that a Webelo is a term for fourth- and fifth-grade boys who are between being a Cub and a Boy Scout. That fact didn’t raise her expectations of their interest in art. But that would change quickly.

“When we came to the very first painting, El Hombre by Mexican artist Rufino Tamayo, I asked the Webelos to tell me what they saw,” says McCune. “To my surprise, one Webelo knew exactly what the artist was trying to say with his painting. The message was about striving for something against all odds. As we continued, it became obvious to me that the Webelos had done their homework before coming to the museum to earn their art badges. They were engaged, knew the art and were enjoying the tour. I went into the tour without much respect for the Webelos, but that had changed by the end of it.”

In the ensuing decades, McCune, who has a master’s in storytelling, had shared the Webelo museum encounter many times at various storytelling events. And she often thought of writing down the story. When McCune, who also has a bachelor’s in nursing and a master’s in counseling education, began a new position at Hospice of Marion County, the timing to do just that seemed perfect.

“I do community outreach work at HMC, and that’s where I met Lila Ivey,” says McCune. “We connected right away. We’re both Texans, and we both love art. Lila has written several books and is a wonderfully talented illustrator. We decided to collaborate on the book.”

Ivey, who is the HMC community outreach director, adds, “Jessica and I have had many career paths, but we both love art more than anything. This was a perfect project for us to work on.”

In addition to McCune’s words and Ivey’s illustrations, the Dallas 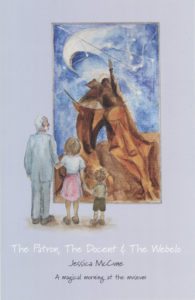 Museum of Art granted permission for reprints of El Hombre and other artworks featured in the book. The book’s message of respect for others is woven into the backstory of how and why El Hombre was commissioned by a museum patron.

“Lila and I consider the book a children’s book for adults,” says McCune. “One that children can read, but that adults will love reading to their children, too. We believe that there’s magic in art and what it can teach us about the world and about ourselves.”