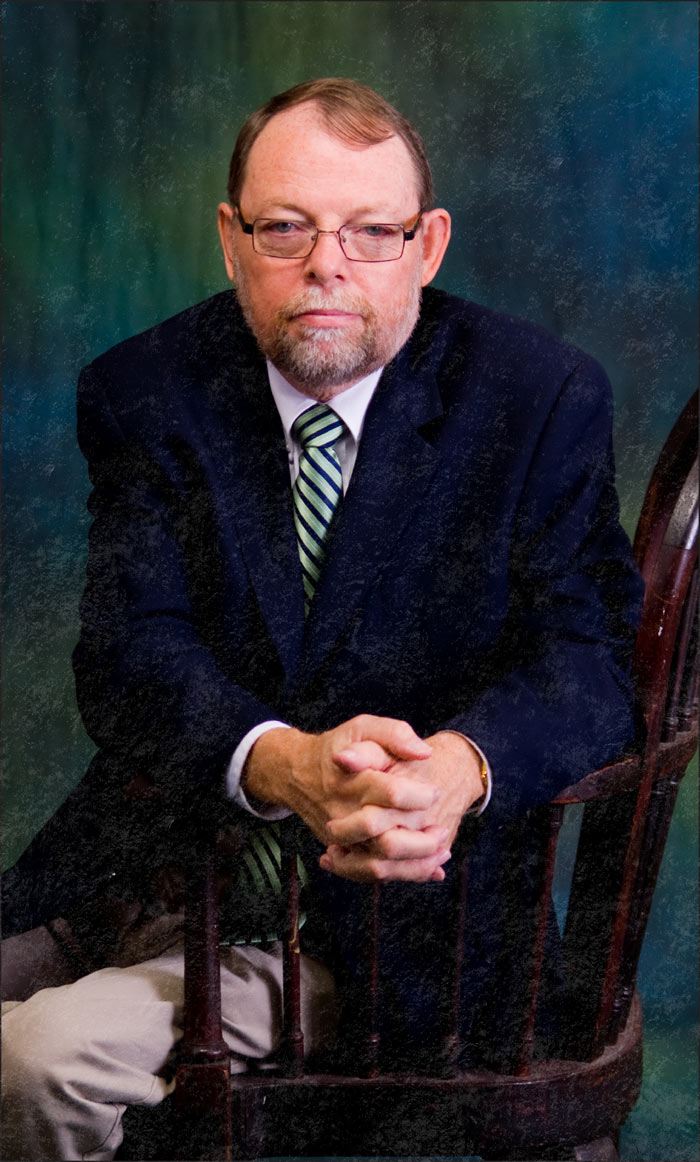 “They are so helpless,” Stanfield says. “They expect us [adults] to help them. You have to be composed and tell the story. That’s your duty.”

Stanfield, 64, released Vampires, Gators and Wackos: A Newspaperman’s Life in October. He talks about “tons of cases” he’s reported on throughout his self-published, 461-page non-fiction work.

“Look what I’ve done for all these years. This is why I did it. This is what I saw, and this is how I feel about it,” he says of his career. “It’s been interesting to say this in a book.”

Stanfield, a Leesburg resident since 1980, spent most of his professional life in Central Florida—three years with the Daily Commercial, 15 with the Orlando Sentinel and five with the Ocala Star-Banner.

Some of the cases covered in the book include the missing millionaire while at the Commercial and the carjacking incident that left Dorothy Lewis, who had been raped, fighting for her life and her two daughters, Jasmine, 3, and Jamilya, 7, dead while at the Sentinel. The latter story stayed with him.

It took him two years to write Unbroken: The Dorothy Lewis Story. It was his first book, which came out in 2011 through Kingstone Media Group, a small Christian publishing house in Leesburg.

“Her faith never wavered,” Stanfield says of Lewis. “It’s about forgiveness. She was able to forgive these people. She is a strong Christian. To tell her story was just a real privilege.”

Stanfield also wrote about the vampire killers, which he says, “is the craziest, most horrific case I ever covered.”

In 1996, several kids, including cult leader Rod Ferrell, came from Kentucky to pick up a former classmate from Eustis High School and then go to New Orleans. The cult leader killed the former classmate’s parents, Richard and Ruth Wendorf in their home, and they fled the state. Ferrell was convicted in 1998.

The case was featured on Lifetime Movie Network’s Killer Kids in February, and the show included an interview with Stanfield.

“I just didn’t copy old stories,” he says. “I updated the stories as much as I could by talking with prosecutors and investigators and filled in some of the blanks from before.”

While at the Star-Banner, he worked behind the scenes, managing other people, including court reporters, police reporters, etc. He also direction reported the Jessica Lunsford case. Jessica was just 9 years old when she was abducted and murdered in Citrus County.

The stories out of the courthouse gave Stanfield and the public something to think about.

Stanfield spent time behind the scenes as a copy editor, mostly on the regional desk at the Sentinel. At one point, he was on the team of the war desk during Desert Storm and was the assistant county editor in Lake for several years.

“Half of my career was editing and half reporting,” he says. “I loved the reporting. I like writing for one thing, and you’re out on your own. The very best beat job was courthouse for seven or eight years.”

“You always have strong memories of the first place you work,” he says. “It was an amazing place. It was so full of characters.”

One of the editor’s was a notorious drunk, who went off on occasion by writing “Caramba”—something Bart Simpson would say—in the caption of a photograph. And then there’s the old county official who smoked cigars, mostly chewed them actually, and drank coffee that “you could float a horseshoe on.”

“He knew where all the dead bodies were buried,” Stanfield says. “I worked with Margaret Twiggs. Back in the day, she was a pioneer for women. She wrote political stuff and had a bulldog kind of mentality.”

Stanfield recalls that one time she got on her hands and knees and put her ear to the door to hear county commissioners, only to fall through when it was opened.

These days some of the news media has taken a beating in its“ideological”coverage, but Stanfield said he has always taken his job seriously and isn’t sure what people think of reporters.

Reporters have been called liberals, crazy people and have been accused of making the news up. Stanfield knows to take it all in stride.

Stanfield says he wrote his latest book for several reasons.

“One, to give people an idea, a behind-the-scenes look at a journalist’s [life] and to tell stories that have happened in this area,” he says. “This community has a lot of new people and people who have been around for a while. If you’re new to this area, this is what has happened in the past.” He says it’s a good way to understand the area in which you’re living.

On a somewhat lighter note, there are funny stories in the book as well, such as the guy who was running naked down the street before he was arrested and taken to jail and the guy who reported his lawn mower stolen, which was later found after following the trail of cut grass.

For one year, Stanfield worked as a teacher at Clermont Middle School and wrote a column about it for the Sentinel.

“I did manage to help a few of the kids,” he says with a laugh. “I don’t think I destroyed any of them, either.”

Stanfield and his wife of 33 years, Jackie, have three children and six grandchildren. His future plans definitely include more writing, but the style of writing hasn’t been determined. He could write another book on other cases he’s covered or change direction completely and write a children’s book or a work of fiction.

“It’s the best,” he says of being a writer. “I always liked to write.”

What: Book signing Vampires, Gators and Wackos: A Newspaperman’s Life by Frank Stanfield.