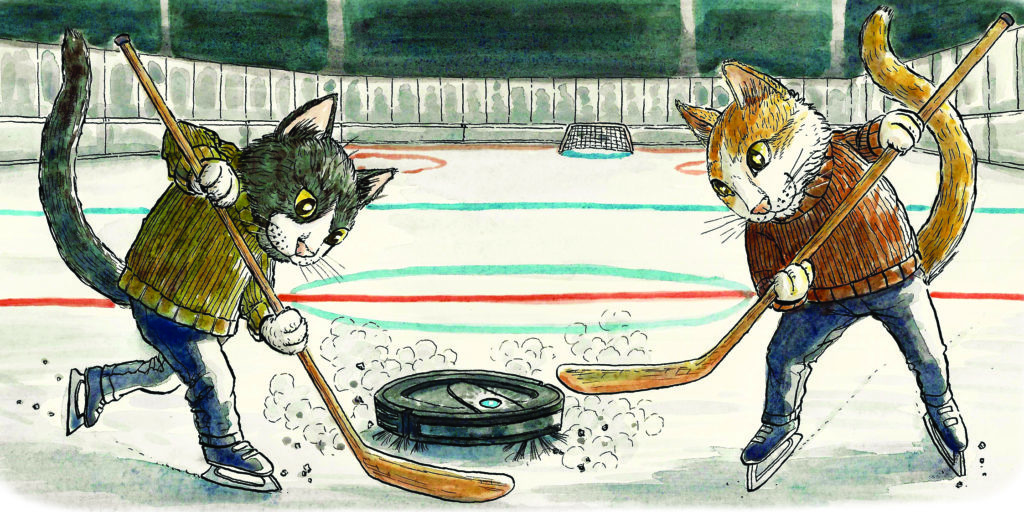 Recently, I went live on Facebook—meaning I was broadcasting an on-the-spot video from our living room, breaking news for the internet to savor. There was potential for drama, danger and hilarity.

But the video sucked.

To be sure, I do not blame the star: Tate 28. This is our new robo-vacuum, and I was live streaming his maiden voyage and hoping the cats would attack it, ride on it or do something YouTube worthy to make us rich.

The cats followed it with moderate interest, as I attempted to narrate.

“Oh, this could be it. The cats are about to … Nope. Wow, look how clean that corner is, though.”

Tate 28 looks like an oversized hockey puck. He, like all members of the robo-vac community, glides across the floor by himself, eating dirt that boring human-propelled vacuum cleaners would otherwise remove.

This is smart technology, one more step toward complete robot domination over an inert human race. But I am OK with that because Tate 28 was the highlight of 2020 for us.

The robo-vac was an anniversary gift Amy and I bought for ourselves (Rather, Amy bought it, and I was like, “Cool!”). We celebrated 28 years of marriage in December, thus the 28 in Tate’s name.

As for “Tate,” Amy simply likes the name. It would have been a contender if we ever had a boy. Yes. THAT much thought went into naming a vacuum cleaner.

We are a family with pets, so vacuums are an essential part of our lifestyle. We have quite the collection of floor-cleaning things, each one carrying the promise of being the last one ever needed.

Still, we are American consumers. We will never be satisfied as long as technology keeps churning out cool stuff. And make no mistake, Tate 28 is way cool.

One recent night, Amy emerged and proclaimed, “Oh My Gosh! Tate is so well behaved.”

She was referring to Tate’s work around our shedding Christmas tree. Not only was he cleaning up all the pine needles, he was diligently avoiding the tree skirt. Amy knows this because she was stalking him, thus saving her time and energy.

It should be noted here that the Christmas tree was not the center of good behavior. Tate’s tree etiquette was in stark contrast to Cargo the cat’s obsession with climbing the tree and undecorating it.

Tate is in better standing than Cargo.

I write these words with Tate docked happily near my feet, his belly full of pine needles. He is a beloved member of the family—at least until a better vacuuming device comes along to save us even more time and energy.