In this Lake & Sumter exclusive interview, the Food Network diva dishes on this topic and—like she usually does on her hit show—much more. 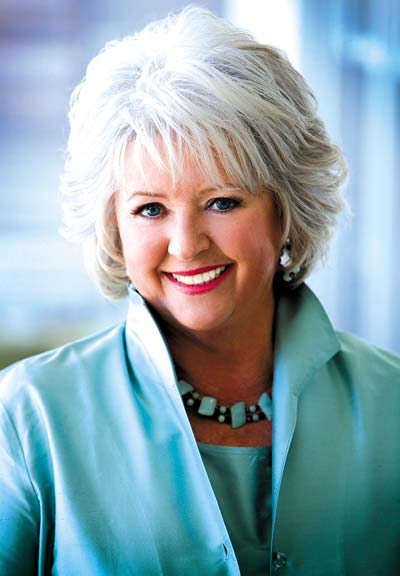 Paula Deen had children on her mind, specifically hungry children with AIDS. While recently celebrating her debut rug collection with Kaleen Rugs at Atlanta’s AmericasMart, Paula turned the audience’s attention to her work with undernourished children with AIDS in America. Guests in attendance broke into thunderous applause for the Savannah cook and Food Network star who announced that she, husband Michael Groover, and Smithfield Foods would feed one million children in a three-month time period.

With a generous use of “y’all” and “honey” sprinkled throughout her informal talk, the crowd lined up to offer their help to this Southern powerhouse who doesn’t take no for an answer, especially when it comes to helping women and children. 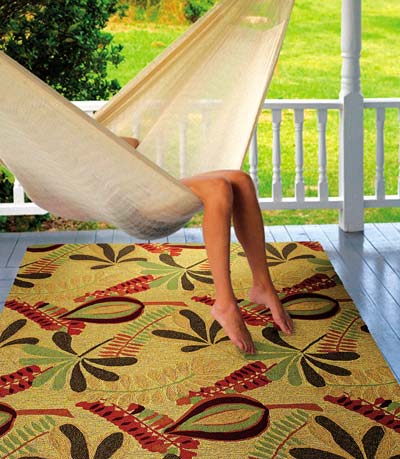 You’re here to promote your new rug collection, but you made a special trip to Atlanta earlier this year.

Yes, my children got me involved in a program that started up here in Atlanta to help children with AIDS who are food-deprived. I was just amazed at the figures they were throwin’ out at me, like how many people in this country go to bed hungry every night. So we made a commitment with Smithfield to feed one million hungry people in the next three months. We kicked off the “Helping Hungry Homes” tour in Savannah, where Michael and I live and are goin’ across the country.

Is Ocala on the itinerary?

Well, I think we’re close by in Tampa. Come on down! It’s such a good program. 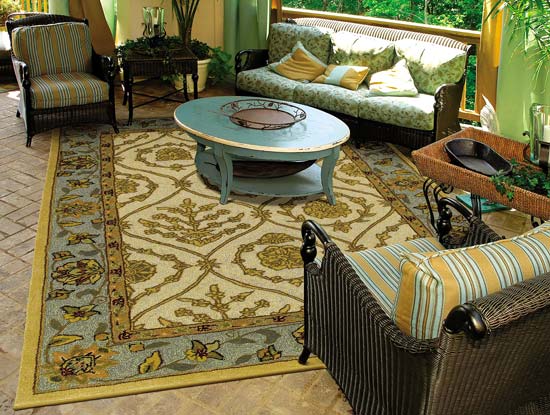 How did you get your own rug collection?

Joe Barkley at Kaleen Rugs is a Georgia boy. Actually, he’s a Savannah boy, so I knew I would like him. He was aware of me and what I stood for. He gave me a call one day and, after a couple of meetings, we realized we both stand for the same things. I will never partner up with anyone who isn’t full of integrity and doesn’t offer the best product they can offer. And the product has to be reasonable to many homes.

That’s the thing I designed my business on 18 years ago. I wanted people to be able to come to my restaurant twice a month instead of once every six months. And I tell you what—it was the best dadgum meal people would get outside of their mother’s or grandmother’s house.

Have you lent your name to other home product lines?

This is the first time I’ve given my name to home décor. I usually decorate the tables with ham and chicken! But I just love these rugs! They’re beautiful and the colors have that “come hither” feelin’ to it. I’m thrilled and excited to be doin’ this. 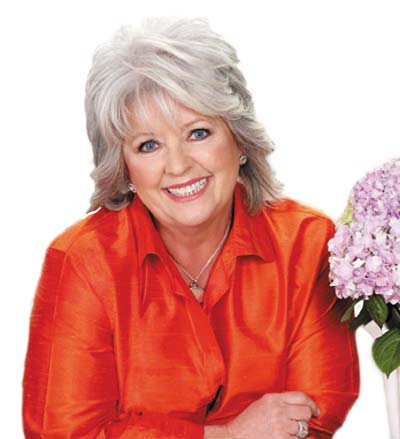 Your personal story is an inspiration to many, especially now that you’ve published your autobiography (Paula Deen—A Memoir: It Ain’t All About the Cookin’). The book has been very successful. How do you top that?

I don’t know. I kind of set it off after I finished it because it took a lot out of me. I feel like I’m so representative of so many women out there. I’m not a chef; I’m a cook. I raised children. I’ve driven a taxi. I’ve tutored. I’ve done whatever it takes. America is full of women like this. There are a lot of women out there who are feeling very hopeless. I was hopeless. I was so very hopeless. 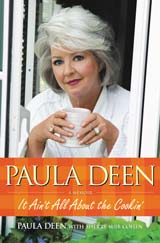 Yet your book was all about hope, wasn’t it?

Yes, it was. And without being very, very truthful about my life and what I went through, it wouldn’t have worked. I had to be truthful, even though it wasn’t pretty.

Was it an emotional release? You wrote of personal heartaches and broken relationships.

I cried a lot and it was hard, but I felt I had to do it.

How did you feel when you finished?

I’m sure they’ll read it in time.

They will. It’s hard for them to read some of the things that I talked about. But it was very important to me to write this book, especially for women. Because as women, we need to understand how low you can be and how high you can go up.