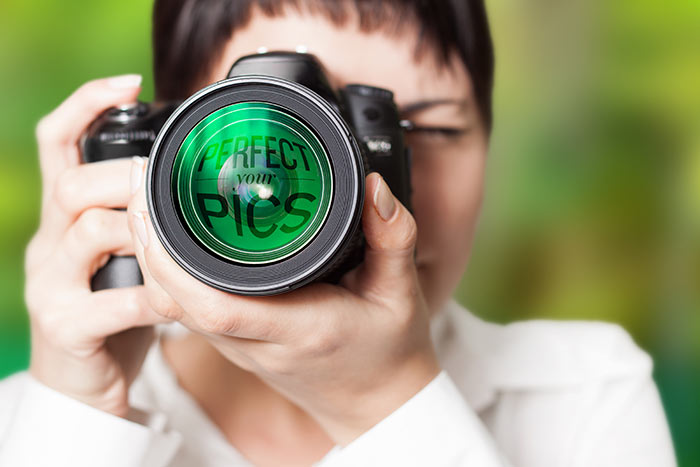 A delicate flower in a field, a brilliant sunrise, a glistening skyscraper and the mischievous grin of a playing toddler. The world is filled with images just waiting to be captured. Moments pass in seconds, and any parent will readily tell you that kids do, indeed, grow up far too quickly. Maybe that’s why you went out and purchased that expensive DSLR camera in the first place, to capture those everyday moments—both big and small. Chances are, though, that you’re not using your camera to its fullest potential. Let’s be honest for a minute… have you taken the settings off of automatic? If not, read on.

As a mom of three young boys, I frequently have my camera out and ready, something local photographer and owner of Jim Jernigan Photography John Jernigan stresses.

“You have to be observant,” he says. “Especially when photographing children. In an instant a child can look off and go into their own world—that’s when you want to snap the picture. Don’t let them know you’re standing there waiting to take a picture.”

“The natural, everyday shots are the ones you’ll remember,” she says. “Looking back through photos, you’ll think ‘oh, I remember when he used to sit and look at that book upside down while pretending to read.’”

Jenny reiterates John’s thoughts when she says not to put your camera down. Capturing amazing images of your little ones (or not so little ones for that matter) is all about learning to go with the flow.

“Don’t force an image,” Jenny says. “Avoid the ‘cheeeeese’ look. Sometimes your best shots are going to be the ones that are actually in between what you were originally going for.” Instead of that posed, half-smiling shot, you have your 2 year old looking down and laughing. What a great memory.

Longing to take those amazing shots with the blurry background or the ones in low lighting that look so natural and relaxed? John stresses the importance of knowing your equipment.

“I often recommend searching for online tutorials when trying to learn new aspects of your camera or shooting techniques,” she says. “You need to get the basics down… the definitions and the vocabulary. Once you understand that, you can move forward. It’s also a great idea to actually hang on to, and refer back to, your camera manual when a question comes up. Finally, just get out there and start taking pictures.” In other words, practice, practice, practice.

OK, so you’re committed to learning your camera and taking better images. It can seem like a daunting task when you sneak a peek at the buttons and dials associated with your camera, so let’s just start with the basics.

In high school photography class, you probably learned about the rule of thirds. Well, that ever-important rule is a great place to start. Most of today’s DSLRs do the upfront work for you, dividing your viewfinder into a grid-shaped pattern (think Tic Tac Toe). The idea is to position your subject, be it your child, a flower or a house, on one of the intersecting lines or within one of the boxes. To compose a shot with a little more interest, though, avoid placing your subject dead center within the grid. When shooting landscapes, such as a lake or ocean scene, try to position your subject along one of the horizontal lines of the grid.

Of course placement is just a part of the equation. Quickly evaluate the scene before snapping the shutter. If you’re photographing a small child or a pet, get down on their level. Don’t be afraid to sit or lay on the ground. Trying to capture that clump of berries in the tree? Grab a ladder. Immersing yourself in the image will always create more visual interest in your photos.

Patience is key when shooting with children. Jenny emphasizes that you need to always be prepared to move and follow the action.

“Pay attention to what’s in the background, too,” she says. “You’ll want to avoid cluttered backgrounds that distract from your subject matter.”

“People also have a tendency to photograph from far away,” John adds. “Take a few steps forward to create a more intimate photo. Getting closer to your subject also helps to remove some of the background noise from your photo.”

Without light, there are no pictures. Whether it be the tiny flicker of a candle flame or the vast glow of the setting sun, light is an absolute must—and it’s what can easily make or break your photos.

“Lighting is key,” says Jenny. “It’s the main ingredient in every single photograph.”

The best times to shoot, according to John, are very early in the day after sunrise, or very late in the afternoon just prior to and after sunset. These times are often referred to as the golden hours for photography.

“This is when you’ll get the best, softest light,” he says. “Try to break out of the automatic white balance setting. You’ll get better color management by choosing your own white balance—if you’re in the shade, choose shade, under fluorescent lights, choose that setting. Your final image will have a more natural look when you override your camera’s desire to select the white balance for you.”

On especially sunny days, try to hunt down some shade to place your subject in. At the beach, where shade is usually hard to come by, pay attention to the shadows. Illuminate your subject’s face rather than their back, which may create a silhouetted image with little facial detail. Also, use the clouds to your advantage when they come (and let’s face it, it’s Florida… eventually they will come). Clouds create a nice, diffused, natural look for your beach shots. When shooting indoors, try to position your subject near a source of natural light, such as a window with soft sheers on it.

So this is the stuff that you really want to know about, right: How to create that dreamy blurry background? How to shoot at the skating rink or a carnival at night without having to use the flash?

Your first step toward manual mode may be to switch your dial setting to aperture priority (AV or AP). You set the aperture and let the camera take control of the rest. The aperture is the opening of the lens and is associated with your camera’s f-stops. A lower f-stop (let’s say f/2.8 or f/4) lets in more light and creates a shallow depth of field. It’s that shallow depth of field that creates the blurry background most of us love so much.

“The closer you are to your subject, the shallower the depth of field will be,” says Jenny.

“The lower the f-stop the greater the separation between the subject and the background,” says John. “Professionals often shoot with longer focal length lenses (an example would be a 70-200mm lens, while a typical kit lens is usually 50-80mm) because the depth of field stands out even more. An easy way to remember is to associate small numbers with small depths of field and large numbers with large depths of field.”

To take pictures in low-light situations (a flash is never flattering), such as the aforementioned carnival, you may need to jump into full-on manual mode. First, you’ll need to set your camera’s ISO higher. The ISO is what makes your camera more sensitive to light. A good starting point for low indoor lighting is 1200 or 1600. At the same time, you’ll want to shoot with a low aperture (f-stop) as well.

“The drawback to this might be a little pixelization,” says John, “But that can usually be corrected in post production.” Find a starting point and take a few shots, adjusting the settings each time until you discover the correct combination for you.

When capturing action shots at sporting events, you’ll want to pay particular attention to your camera’s shutter speed, this is the amount of time the camera’s shutter remains open when taking a picture. Shutter speed is measured in fractions of seconds, and the larger the denominator, the faster the speed (think 1/1000 versus 1/60). The thing to consider when choosing shutter speeds is whether or not anything is moving in your scene and whether or not you want that movement to be blurred. If you want to freeze the movement, you’ll choose a fast shutter speed. To blur the movement, a lower shutter speed. Keep in mind that unless your camera has a built-in image stabilization mode (and many do nowadays), you’ll want to use a tripod when shooting with a shutter speed of 1/60 or slower.

Want to get really fancy and intentionally blur the background while keeping your subject in focus? It’s no easy task, even for the pros, but the resulting pictures are amazing. The technique is called panning, and the first step is to slow your shutter speed way down. Every shooting condition is different, so a willingness to experiment with settings is a must. As your subject approaches, press the shutter button. The key to panning is to follow the action of your subject (by panning along with it) at the same speed at which they’re traveling once your shutter button is pressed.This will, hopefully, produce a clear image of your subject while blurring the background. It may help to watch some videos on this technique before giving it a whirl.

When learning how your camera works, the three main areas to focus on: the ISO, aperture and shutter speed, are referred to as the “exposure triangle.” What you do with one setting will affect the others. Fortunately, digital cameras are an ideal testing medium. There is no expensive film to buy and you can take (and delete) as many photos as you like. Just keep practicing.

Investing in a quality editing program is a great way to be able to “clean up” some of your photos, plus execute a huge variety of special effects and design elements. John and Jenny both recommended Photoshop Elements as a great starting point. It’s available on Amazon for less than $100. Happy editing!