As a nation, we Americans are crazy about our pets. Whether you call them companion animals or fur babies, the dogs and cats that share our homes enrich our lives in countless ways.

Research has proven that interacting with a pet can lower blood pressure, reduce depression and boost immunity. Playing with your dog or cat can increase natural levels of serotonin and dopamine, which have calming, pleasurable properties. If you’ve had a heart attack, you’re likely to survive longer if you have a pet. Kids raised in homes with dogs and cats are less likely to have allergies and asthma than children who grow up in a pet-free environment.

All those studies and statistics aside, it’s impossible to quantifiably measure the benefits of spending time with a beloved animal. My own life has been molded and blessed by the relationships and unconditional love of numerous four-legged friends through the decades. Although I can personally attest to the lovable qualities of a donkey companion, for the sake of practicality, this article is devoted to more common animal pets. Read on to learn more about the dogs and cats who share our lives. 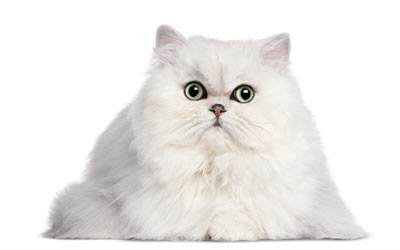 If your family dog is ais a Labrador Retriever, you’re in good company. The breed has consistently ranked as the most popular breed in the U.S. over the past decade. The American Kennel Club recognizes over 150 breeds. Check out the following list of most popular breeds to see if your Fido is included. Of course, if you are the proud owner (make that “pet parent”) of a mixed-breed dog (also known as a mutt, “Heinz 57” or mongrel), you already know that sometimes the best dogs come without fancy pedigree or papers. Among the recognized dog breeds, here are the most popular:

While the Cat Fancier’s Association recognizes 41 pedigreed breeds of cats, most domestic kitties aren’t purebreds. Approximately 95 percent of our pet cats fall into the mixed-breed categories known as “domestic shorthair” and “domestic longhair.” Americans own more shorthairs, with only about one in 10 domestic pet cats being longhaired. Among the recognized cat breeds, here are the 10 most popular:

Pets: By The Numbers

63% U.S. households that have at least one companion animal

75% Owned pets that are spayed/neutered

33 million Dogs in the U.S. considered overweight or obese 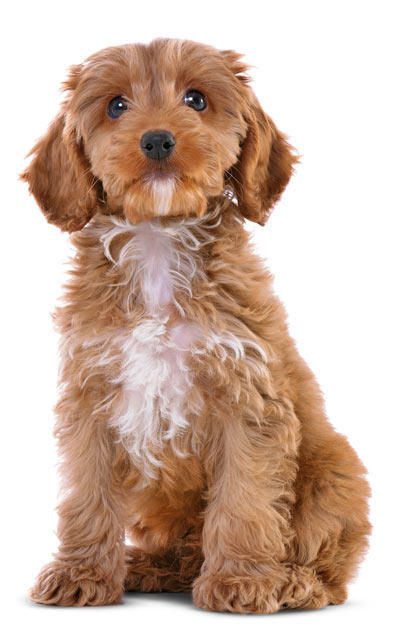 With all the varieties of dogs in the world, you’d think there would be a breed to satisfy everyone. Apparently not.

“Designer dogs” have become quite popular in recent years. Also known as hybrids, designer dogs are created by crossing two purebred parents of different breeds. Buyers should note that temperament, characteristics and physical conditions of hybrids aren’t as predictable as with purebreds.

“These ‘designer breeds’ are not really breeds, they’re just mixes, not that there’s anything wrong with a mixed breed. You can get a lot of good things with a mix, such as hybrid vigor, and sometimes, you don’t have the problems of some specific purebred breeds,” explains Holly Samko, DVM, of Blitchton Road Animal Hospital in Ocala.

It’s important to realize, however, that some of the hybrids and “new” breeds can have different characteristics than expected. For example, Dr. Samko notes that Miniature Australian Shepherds may not have the same personality and temperament as a “regular” Australian Shepherd because they’ve been crossed with other breeds to make them so small.

The following are just some of the hybrid dogs currently available. 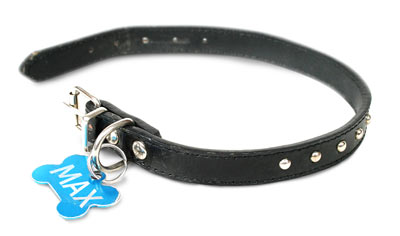 While some pet parents like to come up with unusual names for their “four-legged kids,” certain names remain on the most popular list year after year. Interestingly, the No. 1 most common male and female names are the same for both dogs and cats, and quite a few names make an appearance on both lists.

How Old is that Doggie in the Window?

It’s time to discard that old wives’ tale about figuring pet ages. Although there are some variations among sources, veterinarians generally agree that a 1-year-old dog or cat is roughly equal in age to a 15- or 16-year-old human. Not all dog breeds age at the same pace; after age 5, medium breeds (21 to 50 pounds) and large breeds (over 50 pounds) age faster than small breeds (20 pounds and under). Use this chart to compare your pet’s age to the approximate equivalent in human years.

Longest-lived dog breeds, on average? Toy Poodles, Japanese Spitz, Border Terriers, Tibetan Spaniels. No. 1 killer of dogs: behavior issues and overpopulation. The sad truth is that more dogs age 3 and under are relinquished to animal shelters (and consequently euthanized) because of behavior problems than any other reason.

Longest-lived cat breeds on average? The Siamese and the Manx. You can practically double your cat’s age by making it a totally indoor cat. Outdoor cats have an average lifespan of only 3 to 5 years, while those living indoors average 12 years and can often live into their late teens or longer.

One of the most challenging things about being a pet parent is that our four-legged kids can’t talk. It’s up to us to notice when an animal isn’t feeling right so we can seek veterinary care. Cats are especially good at masking pain, so pay attention to their body language and actions. Serious consequences can develop rather quickly if a cat stops eating, so don’t ignore this sign or “wait a few days” to see if it goes away!

Health conditions and illnesses in dogs and cats can often be resolved if treated promptly. Know what’s normal for your specific animal(s). Make it a point to observe your pet and its behavior every day, and contact your veterinarian if you notice any of the following:

Many Americans consider their pets part of the family and don’t mind opening their wallets to prove it. According to Bloomberg Businessweek, Americans spend $41 billion (yep, that’s billion with a “B”) on their pets annually. Some other sources even report a higher figure.

At Cassie’s Closet Pet Shoppe in Ocala, high-end pet accessories are all the rage, ranging from fancy collars and harnesses to bows, tutus and other “dog fashion” items. Holistic and raw dog food and organic treats are also best sellers. The shop, which opened in 2004, features a boutique concept that has proven popular with discerning pet owners. Cassie’s Closet specializes in teacup and small breed puppies and also has a children’s boutique.

In The Villages, Diva Doghouse, which opened last December, has an array of specialty items for the pampered pet, including everything from custom-made doggie dresses with real Swarovski crystals to dog T-shirts, sparkly harnesses and organic pet bakery items such as yogurt-coated dog treats. The Spa At Diva Doghouse stays busy with upscale grooming services with perks, including polish on toenails, a spritz of fragrance and a bow or bandana. 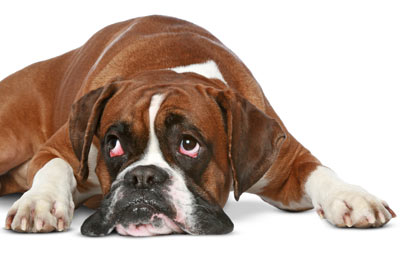 According to the Humane Society of the United States, prior to 1970, animal shelters were euthanizing dogs and cats at the shocking rate of 100 animals per 1,000 people in the same community. Although this disturbing statistic has dropped significantly to about 12.5 animals per 1,000 people, the fact that any animals are euthanized simply because they are unwanted means more needs to be done.Thanks to efforts by groups, such as The Humane Society, our country has become much more aware of animal welfare issues. Humane Society figures show that U.S. animal shelters spent about $800 million on animal welfare in 1972, compared to roughly $2.4 billion in 2007. Research has proven that the increase in money spent has resulted in a decrease in the number of animals euthanized and the shelter animal population overall.

Today, there are approximately 5,000 animal shelters across our nation, along with countless rescue and foster groups. Although a number of shelters have become “no kill” organizations, the fact remains that millions of unwanted dogs and cats are still euthanized annually. Every year, between 5 to 7 million dogs and cats become part of the shelter population, and of those, 3 to 4 million are euthanized (five out of 10 dogs and seven out of 10 cats) because there aren’t enough people willing and able to adopt.

Do your part by spaying and neutering your pets, and consider adopting an animal from a shelter or rescue rather than buying from a breeder or pet shop. Statistics also show that only 20 percent or less of lost dogs are returned to their owners. Make sure your pets have identification, such as tags, microchips or tattoos to increase the likelihood of their return in the event they are lost or wander off.

Marion County has made it highly affordable to spay/neuter pets and protect them with microchips. The Neuter Commuter, a mobile spay/neuter clinic, provides lost-cost services Tuesday through Friday by appointment only. The $25 fee includes the spay or neuter surgery, rabies vaccine, license andmicrochipping. Call (352) 307-1351 in advance to make an appointment.

“Each household can have up to three animals done within a one-year period,” says Elaine DeIorio, Marion County Animal Services spokesperson. “If you want a microchip only, it’s just $5. There’s no appointment necessary for microchipping, and it only takes a few minutes.”

That simple, inexpensive microchip can mean the difference between a happy ending and never finding a lost pet. “A brown tabby cat with a unique number from its own microchip is much more identifiable than all the other brown tabbies we get,” says DeIorio.

“If you adopt a pet from an animal shelter, you are actually saving a life. We have so many animals that need homes, and by adopting, you make room for another animal to come into the shelter,” says Shawna Hale, vet tech manager and head vet tech for the Humane Society of Marion County.

Contrary to the belief that shelters are filled with mixed-breed animals, Hale says they regularly take in purebred dogs of many different breeds.

At Marion County Animal Services, dogs and cats are always offered for adoption, but at times more unusual pets, including birds and “pocket pets,” such as hamsters, are available. Spokesperson Elaine DeIorio explains that sometimes these animals are surrendered by people who can’t care for them or are taken in by the county on cruelty cases. Two major Ocala pet care stores, PetSmart and Petco, routinely offer dog and cat adoptions, making it easy to add a four-legged member to your family and save a life at the same time.

“It’s ‘kitten season’ in the spring and fall, but we have older cats all the time,” says Kathy Beckwith, adoption coordinator for Feisty Acres Cat Rescue through Petco. “An adult cat is often better because children and kittens don’t always mix. With an adult cat, you already know what their personality is; with a kitten, you won’t know until around six months.”

If you find a stray kitten and adopt it, don’t wait too long to make that spay/neuter appointment. “Cats reach sexual maturity well before one year of age,” says Kathy, “and can have kittens when they’re not much more than a kitten themselves.”

Where to Adopt Locally

Marion County Animal Services
(352) 671-8700
marioncountyfl.org/animalservices.htm
(You can also use their website to search for lost animals, as pictures are posted as animals come in.)

petfinder.com
(type in your ZIP code and type of pet you’re looking for to discover photos and descriptions of area pets available for adoption)