Papa Murphy’s of Belleview opened its doors in April 2016. Their concept of fresh, take-and-bake pizzas originated over 30 years ago in Vancouver, Washington. This type of pizza service is centered on bringing busy families together around the dinner table. 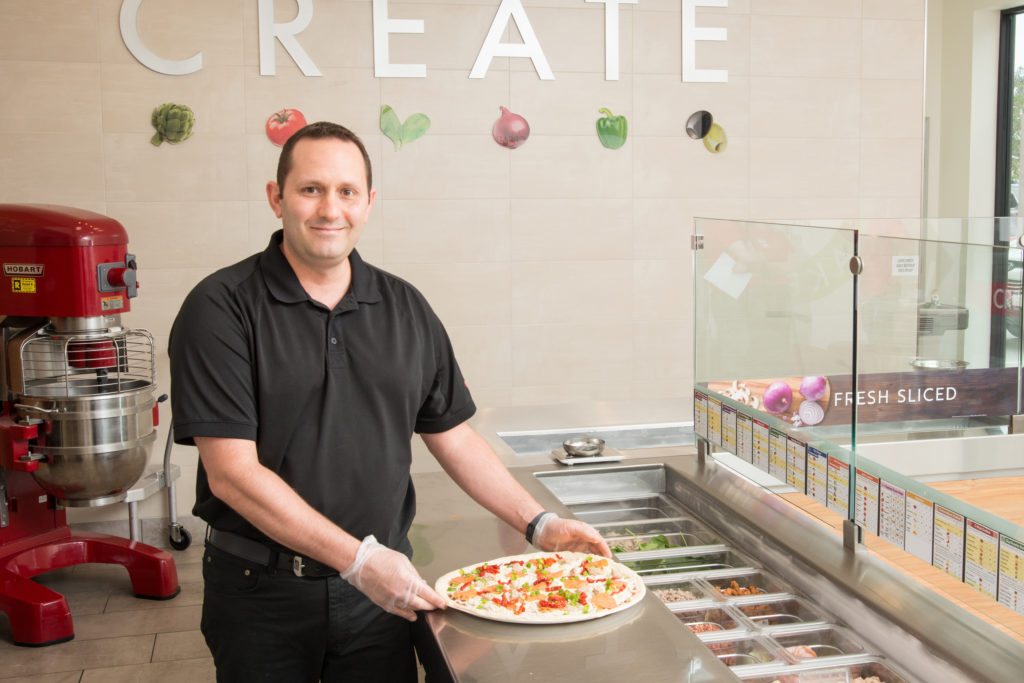 Everything in the store is made fresh when customers order. They don’t have any freezers in the restaurant; each pizza is made to order.

“The extra value of a Papa Murphy’s pizza is in the higher, deli-grade ingredients that are used to make each pizza,” says Jason. Despite dealing with the shorter shelf lives of ingredients, Papa Murphy’s is committed to fresh pizzas, every time.

“We prep our ingredients and crusts during the day before our busier times. Additionally, we make our dough and sauces and grate our own cheese in the afternoon in order to be ready for our busy times,” says Jason.

‘Love at 425 degrees’ is the slogan for Papa Murphy’s pizza. After guests pick up their pizza, it takes about 15 minutes for customers to bake them to perfection in their own ovens. Their special dough recipe originated from the corporate office long before the chain became a franchise concept. Aspects like this make running a Papa Murphy’s restaurant much more streamlined for Jason and his team, and he also considers his 23 years of service in the U.S. Army to be beneficial in running his business.

“Having a structured background makes the store run more efficiently than other franchises,” he says.

Besides the signature take-and-bake pizzas, Papa Murphy’s of Belleview is known for its involvement within the community. Jason and his staff routinely partner with local businesses, schools and organizations to participate in different fundraisers and local events in order to expand their reach throughout the community.