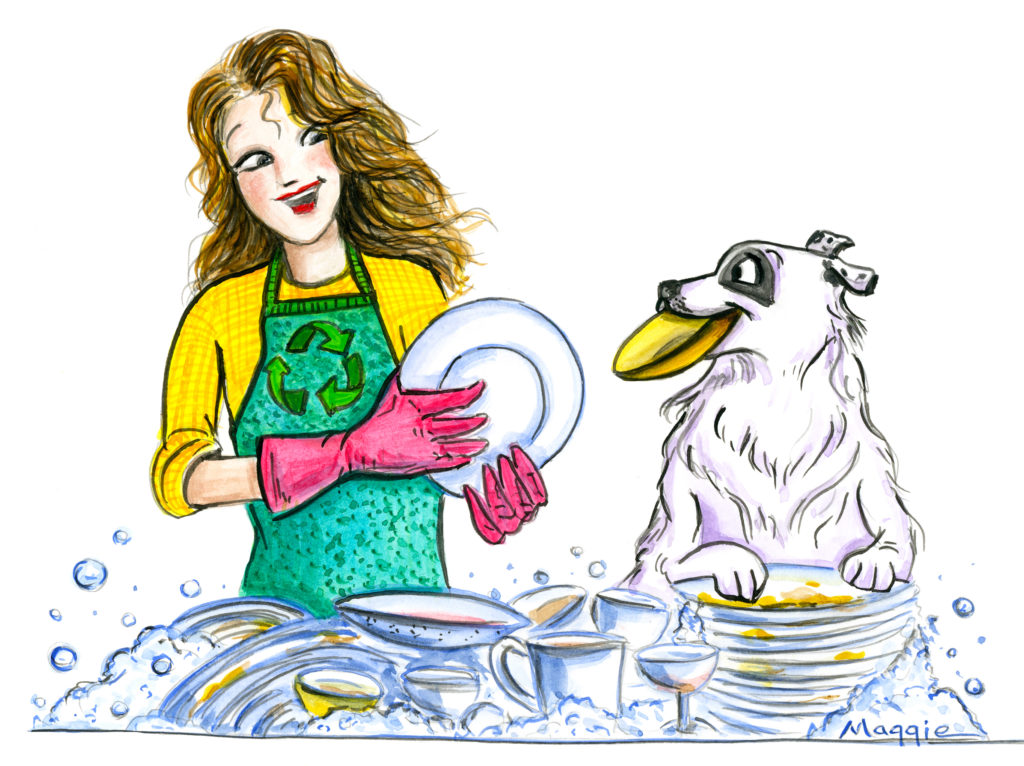 Sustainability is a priority in my house, much to my husband’s dismay. I’m forever picking his Dr. Pepper cans out of the trash and chiding him for not using the recycling bin. He’s also not in love with my dryer balls, which look like penguins, and get doused in lavender essential oils and used in place of dryer sheets. I’m just not willing to throw something away, even so small, every time I do laundry when there’s an easy alternative.

This year, that mentality has become a way of life. I now opt for reusable Tupperware over plastic baggies, reusable face cloths instead of cotton balls, and—reusable grocery bags. November and Thanksgiving is a time of reflection, and when I think about what I’m grateful for in 2019, one major thing is that I know my household is contributing less trash to the world. But since it’s also a holiday that creates many, many dirty dishes, I catch myself wincing at the idea of using real dishes and utensils and having to wash them all.

Millennials make up about 30 percent of the world’s population and, understandably, seem to be leading the charge in sustainability efforts. We’re a generation who has grown up in a time of profound climate change and aware of the part we have played in it. Clearly, I’m part of their ranks. The Environmental Protection Agency states on its website that the average American generates almost four and a half pounds of garbage each day, only recycling around one and a half pounds of that. Does that give anyone else a twinge of anxiety?

Before this year, I never cared much about the environment beyond recycling my water bottles and trying not to leave the faucet running while I brushed my teeth. Earlier this year, I interviewed Maia Patterson McGuire, extension agent with the University of Florida Institute of Food and Agricultural Sciences and the Florida Sea Grant, and the creator of the Florida Microplastic Awareness Project, for a story on how plastic impacts the environment. She told me about an interview she heard on NPR in which researchers described the amount plastic that enters the ocean each year (8 million tons, *vomit emoji*) in a disturbing way.

“8 million metric tons of plastic equates to five grocery bags full of plastic for every step you take down the beach, lined up down the shoreline as far as you can see.”

So, even if it takes me an hour to fill the dishwasher and hand scrub whatever’s left in the sink, I don’t plan on using single-use plates or utensils for our Thanksgiving dinner this year. That way, we can spend time with our loved ones and say thanks to the planet for another trip around the sun.

Posted in InsiderTagged thoughts of a millennial, Whats New in Ocala Style