Last year’s World Cup ignited quite a bit of interest in soccer, and that enthusiasm is obvious right here in Ocala. And although there’s plenty of opportunity for the kiddos, the Big Sun Adult Soccer League (BSASL) is all about the “grown-ups” who want to play.

“We have over 200 members ranging in age from 18 to 65. We have more men than women, but it is co-ed. We have divisions to accommodate all skill levels and ages. We play within the league, and a lot of people play in multiple divisions because they just love the game,” says Nancy Mickett, who handles PR for the league and has been playing soccer for 22 years.

“In the 11v11 division, we play big field like you’d see in World Cup soccer,” she notes. “Last season we had six teams in that division with 18 to 20 people per team. In this competitive division, we have some people who played college soccer, so this division can get very aggressive and competitive.”

Never fear. If serious competition isn’t your style, you’ll probably be more at home in the recreational division.

“The recreational 6v6 division is the most popular. Last year we had eight recreational teams with 10 players per team,” Nancy explains. “They play a smaller field than the competitive division. It’s more for fun, exercise and making new friends.”

Registration closed in February for the spring season, which begins the first week of March. Your next chance to play is the summer season, so check the website for registration dates. Fees vary depending on division, but you can typically play three months of soccer for about $100. 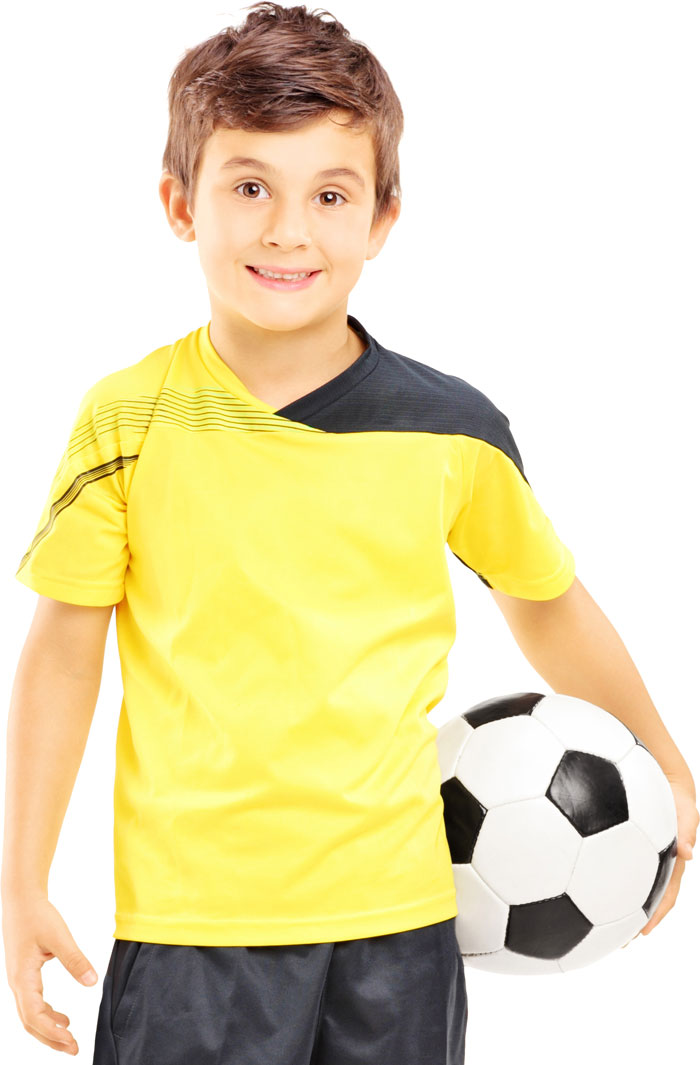 If you’ve never seen cricket played live, here’s your chance. Better yet, join the club and play this bat-and-ball game yourself.

The Silver Springs Shores Cricket and Social Club has been active in Marion County since September 1988. Formed by a group of West Indian expatriates, the club is all about friendly competition, entertainment and promoting the game of cricket in our area.

“We have about 70 members, male and female, ranging in age from 16 to 77. Some are very good, and others are just getting the swing of it,” says Club President Albert M. E. Edwards, PT, CWC, a physical therapist in Ocala who’s been part of the club since moving to Marion County in 1993.

The club plays year-round, averaging about 33 games per year or three games a month. Most are home games played on their field in Ocklawaha, as many of the teams they play don’t have a dedicated cricket field. Because the club owns their field, they are careful to maintain a family atmosphere.

“We have members from different cultures. Most of our players grew up playing cricket or have family members who played,” says Edwards, who is a native of Antigua, a country where cricket is the national pastime. “The best part is that we don’t play in a league; we just play for the fun of it. After every game we have a good meal and share together.

“We encourage people to come watch and be entertained,” says Edwards. “If you don’t have an understanding, we always have someone there who can tell you what’s going on and how the game is played. We not only play cricket, but we have a full calendar of social activities going on, such as going to dinner theatres, concerts and being active in community events. We’re always open to new members, and it’s a very modest monthly fee to join.” 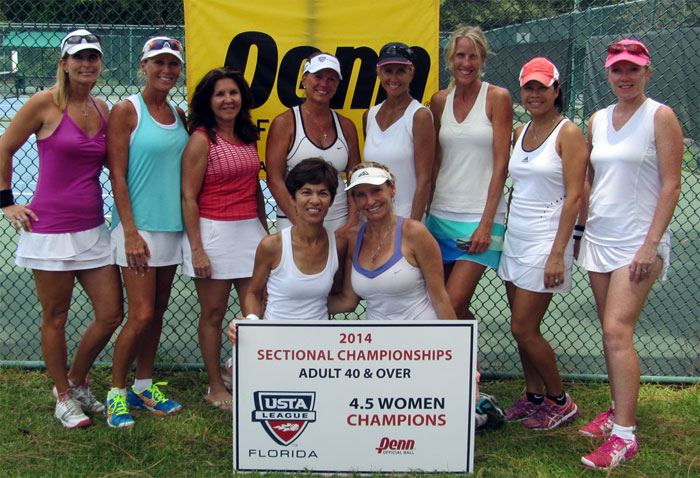 Good exercise, great weather and plenty of opportunities for competition make tennis the sport of choice for many adults in our area.

Thanks to USTA Florida, there are numerous adult tennis leagues for those 18 and over. A not-for-profit tennis association established in 1949, USTA Florida has more than 1,000 member organizations throughout the Sunshine State, filled with approximately 50,000 individual members. The association’s goal is to build “a pathway of opportunities for all players to enjoy the sport of a lifetime.”

“There are a variety of league opportunities to play, including singles, doubles and mixed doubles, from beginner to advanced,” says Rick Vach, USTA Florida communications coordinator.

“Adult USTA League age divisions are 18 & Over, 40 & Over, 55 & Over and 65 & Over, along with Combo League for different level and age players who want to compete on the same team,” adds Vach. “Various leagues run through the year, and seasons end with regional playoffs and state championships, with some league division winners then advancing to USTA League Nationals to represent Florida.”

Players can also compete in individual singles or doubles tournament competition, competing in open division or choosing from a number of divisions based on age and skill level. Tournaments are held in every major city across Florida, including Ocala.

Vach points out that many teams from Ocala do very well in USTA League competition. For example, one team from our fair town recently became state champs at the USTA Florida Combo 50 & Over League Championships. League and tournament opportunities are listed on the USTA Florida website.

There are numerous league options available in Marion County with only a nominal cost to join. 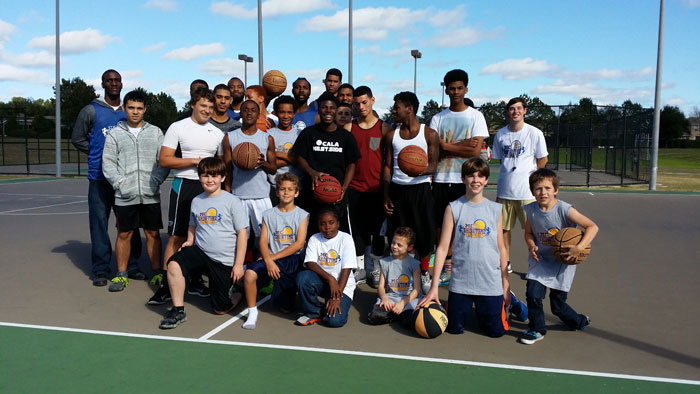 You don’t have to travel out of town to watch live professional-level basketball. The court at St. John’s High School in Ocala is home to the Marion County Showtime Stallions, a semi-pro basketball team. The team had its first pre-season game in mid-January, and regular season play begins March 20 and runs through September.

Chris Williams and his wife, Trang, launched the Marion County Showtime Stallions last fall. A professional basketball player for 16 years, Chris played in the Philippines and also had a stint with the Utah Jazz in 2009.

Chris started a Showtime team while living in California; that team participated in the American Basketball Association (ABA) and played exhibitions around the world. When Chris came to Trang’s hometown of Ocala, they decided to create a similar team here in Marion County.

The name “Stallions” was a natural fit, due to Marion County’s horse country.

The Showtime Stallions will participate in the Florida Basketball Association (FBA). In this new expansion semi-pro team for adults, the average player is a male in his early 20s. Currently, the oldest team member is 38. The team is coached by Chris Williams.

“This is not a recreational league. It’s a platform that helps guys get jobs playing overseas,” explains Trang. “Our goal is also for them to get involved in the community, promoting businesses in Marion County, kids’ basketball camps and NBA summer tours. Chris has great connections with NBA and professional overseas players to bring them to Marion County.”

“This team gives guys an opportunity to fulfill a dream to play basketball at this level. One of our players, Kelvin Gaines, grew up in Ocala, and recently, we sent him to Dubai to play with a pro travel team. He’s already NBA caliber, and he was in the D league with the Boston Celtics,” adds Chris. “We have five or six local guys and others from around the states. The word is spreading about our organization, and we’re trying to keep it growing at a good pace.”

During the season, some games will actually take place at the Amway Center. Yep, that’s right… the same place where the Orlando Magic plays.

“Not too many guys get to play on an actual NBA court,” says Trang.

General admission to watch the Showtime Stallions in action on the St. John’s court is $5; kids under 10 are free. 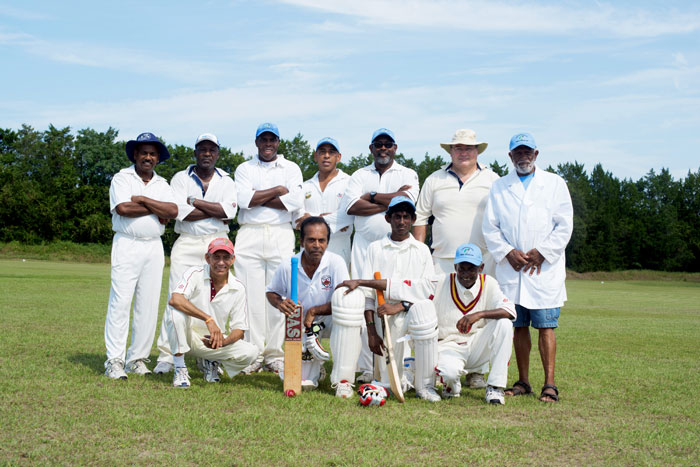 Not seeing your sport of choice here? Fear not. There are plenty more adult sport leagues in town. From softball to golf, they’re out there. A quick Internet search should get you started in the right direction.

Spring Is In The Air

If youíre a baseball lover, then no doubt spring in Florida is your favorite season. Floridaís spring training Grapefruit League brings the best of Major League Baseball right here to the Sunshine State. Below is a list of the teams close to home for the 2015 training season. For a more complete list of teams that play in Florida, checkout floridagrapefruitleague.com.

With the cold, brisk winter air switching to the breeze-filled happiness of spring, the time for your family to get outside and get active is here. So what are you waiting for? Instead of letting the kids sit in front of the TV playing another round of Infinity, check out some of the local youth team sports around town. From toddlers to teens, thereís a sport for everyone.