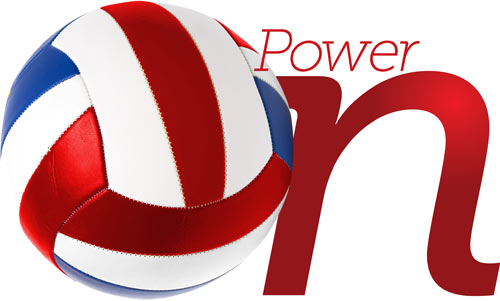 On the weekend of June 27-29, a group of extremely dedicated local girls made the five-hour trek to Atlanta, Gorgia. With “OCALA” sprawled across their shirts, these athletic girls made our city proud as representatives at the Junior Olympics. The athletes from the Ocala Power Volleyball Academy set a new standard for future players when they became the first volleyball team from Ocala to qualify for the games.

“Our girls worked very hard and beat out a lot of teams to make it this far. We’re so proud of them,” says Jeff Reavis, the executive director of Ocala Power Volleyball Academy. His nine years of coaching the Gainesville Juniors volleyball team, along with 15 years of college coaching, has contributed to the establishment of a truly elite group of players in Ocala.

To qualify for such a prestigious event, the girls, who practice three days a week with the academy, as well as on their school teams during the academic year, had to compete against 96 other teams at the national qualifying event, which was also held in Atlanta, in the beginning of April.

“It’s a very intense process,” says Jeff. But his girls were ready for the challenge and came home victorious. The 17-year-old age group came in third, and the 15 year olds won their division overall, earning both teams a spot at the Junior Olympic games.

While the accomplishment is huge, the athletes at Ocala Power Volleyball Academy are no strangers to success. This year they were victorious at the OVA MLK tournament and the Daytona 100 classic, where they were named tournament champions. They were also top finishers at the Tampa United Kickoff and Mid East National Qualifier.

Though the Junior Olympics was a first-time experience for these ladies, they showed no signs of letting the pressure affect them. The 17-year-old team placed 37th, and the 15-year-old team finished 11th overall.

“It was such a wonderful experience, and these girls worked hard for it,” says Jeff. “This is the Junior Olympics—they are not just giving spots away, and we had two teams going, which is just an incredible accomplishment,” he says.

While only in its second season, the Ocala Power Volleyball Academy has grown tremendously. The club began its first season last year with only 50 girls and grew to 130 girls this season. In the future, Jeff hopes to begin a team for boys.

“So much more is learned here than just the sport,” Jeff says, noting that by working so closely together, the girls gain skills in time management, team building and other valuable life lessons. The academy’s first goal is to create an atmosphere of sportsmanship and confidence, where the girls can focus their energy and hone their skills. And while the coaches expect full commitment from the players, homework and school obligations always take precedence.

The coaches and directors at Ocala Power Volleyball Academy are former athletes themselves and understand the importance of sports in adolescents’ lives. The skills the players learn from being on a team will benefit them for the rest of their lives.

The teams are broken into age groups of 12 to 18 year olds, each age having its own team. The academy also hosts a “mini club” that offers volleyball to nearly 50 middle school athletes between August and October.

“Volleyball isn’t offered in the public middle schools,” Jeff explains, “and we want to give these kids the opportunity to try it.” His mini club teams get a taste of the sport and travel as far as Orlando for tournaments.

“We’re a not-for-profit organization, and we offer the mini club for very little money, we just want to be able to promote our sport,” Jeff says.

“It was a great success,” Jeff says. “Space was limited this year, but next year, we hope to be able to double in size.” Jeff is also proud that many of the graduates of the academy this year have already signed on to play volleyball in college next year.

“Its always hard getting something new started,” says Jeff referring to the academy’s two-year run, “but we’re growing so quickly, and there are so many people involved who have contributed to our success so far.” With the amount of time and dedication the board of directors, coaches and players have contributed, along with the continued support and donations from the community, the Ocala Power Volleyball Academy is sure to have many successful seasons in their future. 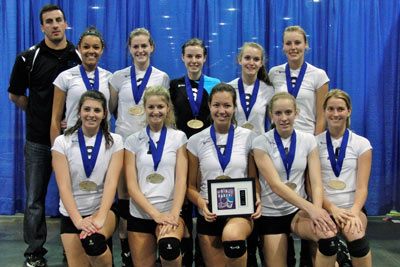 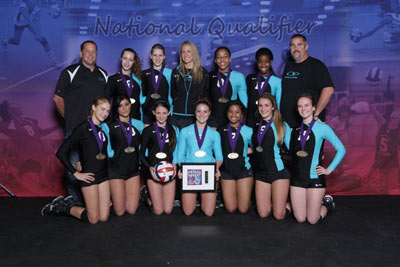 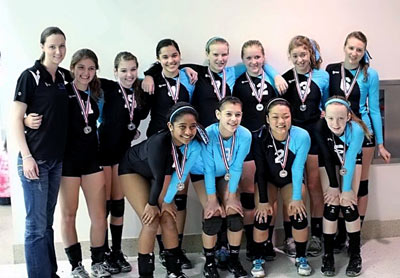 Along with the programs for middle and high school players, Ocala Power Volleyball Academy also offers a men’s and women’s co-ed beach volleyball program, as well as an adult co-ed indoor league.

For more information on either the child or adult teams, visit ocalapowervb.com